It has been a while since we last updated our test platforms here at HEXUS HQ, and with good reason. The Core i7-8700K builds introduced back in early 2018 have proved faithful servants, contributing to a whole lot of testing and subsequent reviews, and to this day the systems haven't skipped a beat. They are as reliable as they come, irrespective of our 4.8GHz frequency across all cores.

We've gotten to know each other so well it is almost a shame to retire the ol' gals, and you could argue that we've been waiting for something groundbreaking to come along and convince us to start afresh. AMD's 3rd Gen Ryzen is exactly that, and seeing as there's a lockdown in effect, what better time to start new builds for 2020? So that's exactly what we did. 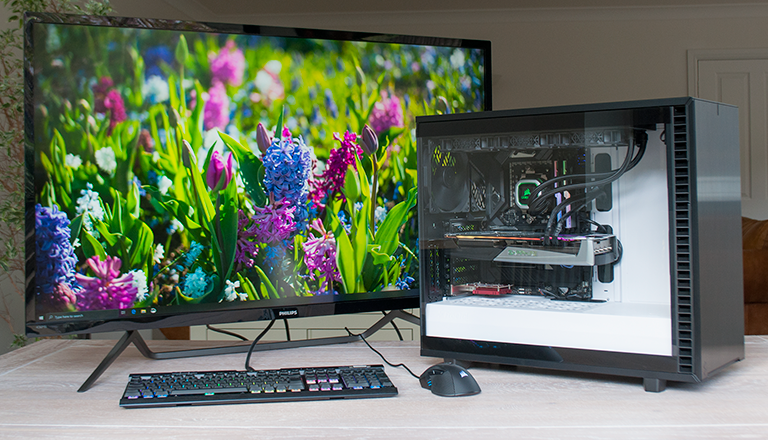 Embarking on such a project is never easy - everyone on the team has their opinion on which parts should feature - yet it is an interesting endeavour insofar as the final builds reflect our thoughts on which components excel in their respective categories. Do remember that these rigs are intended to be test platforms, as opposed to, say, gaming machines or everyday workhorses, with the goal of benchmarking everything from CPU coolers to graphics cards and much more.

Rather than test new products on open testbeds, we prefer to benchmark in a fully-built PC, to provide a truer representation of real-world results. With that in mind, the test platform is focussed around reliability, consistency and forward-looking compatibility. Here's what we came up with:

Starting from the very top, the AMD Ryzen 9 3950X is nothing short of a no-brainer. 16 cores and 32 threads on a mainstream platform is unprecedented, and looking at it another way, we've been able to increase thread count by a whopping 167 per cent over the previous test rigs.

Choosing a CPU proved straightforward enough, and after that things start to slot into place on their own accord. Our motherboard selection is an Asus ROG Crosshair VIII Formula, whose X570 chipset opens the door to PCIe 4.0 testing, and seeing as the Asus board in our previous test platform - a Maximus X Hero - gave us zero problems, we felt comfortable sticking with a BIOS that's both familiar and powerful. 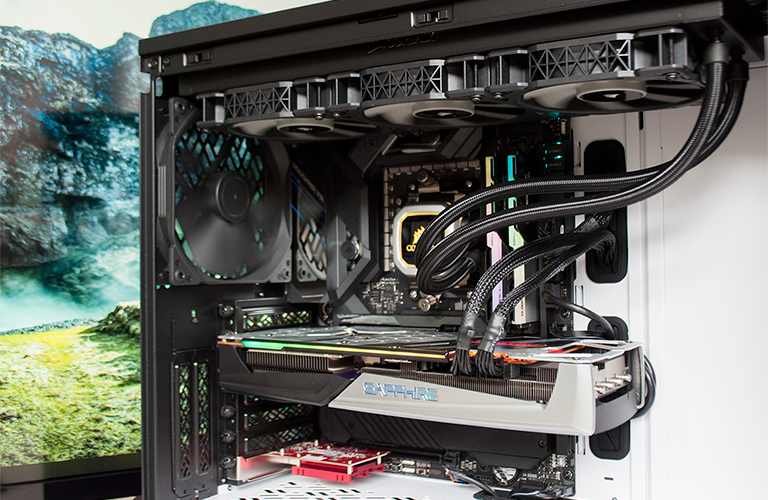 Cooling and overclocking require a little more thought. Air or liquid, for starters? Extra room around the CPU socket certainly helps when regularly installing new components, so we've opted for the latter and specifically a Hydro Series H150i Pro RGB. Corsair's 360mm radiator is a well-known choice and offers high-end cooling without the fuss of RGB fans and all the extra cabling that entails.

Despite the cooling potential, we've decided not to overclock the 105W AMD chip. Yes, we heard that collective sigh, but let us explain. Though we are able to apply stable speeds of between 4.3 and 4.4GHz across all cores, the increase in voltage sees temperature climb somewhat dramatically, and with 16 physical cores available, multi-threaded performance is hardly lacking in a stock configuration. Choosing to run the chip in its default state also allows for a 4.7GHz turbo frequency, which can make a difference in games. Throughout its life, this system will run a lot of gaming benchmarks. 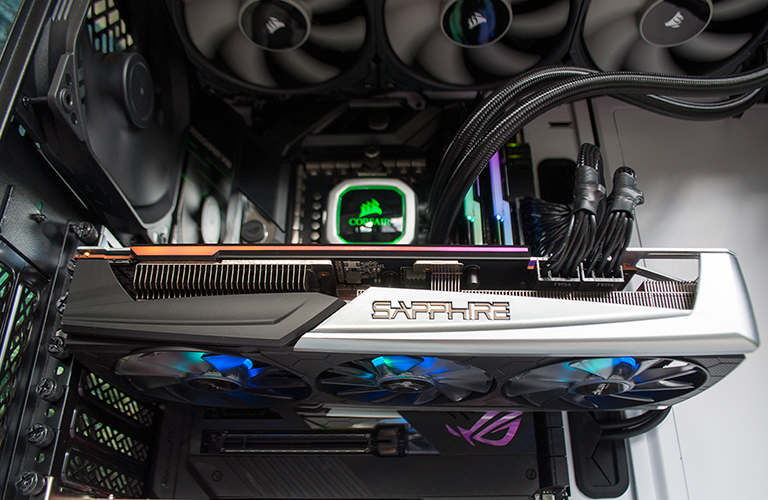 In the graphics department, we've opted to switch things up with a Radeon RX 5700 XT. It has been a long, long time since AMD last occupied both the CPU and GPU positions in our test platform, and our choices are testament to the chip giant's recent change in fortune.

Our chosen card, a Sapphire Nitro+ Special Edition, is factory overclocked and built like a tank, ensuring excellent stability under load. Though performance isn't anywhere near as hot as the top-end GeForce competitors, we're able to tap into the PCIe 4.0 interface, and this is a good opportunity to spend more quality time with an RDNA architecture that will serve as the building block for many forms of new gaming hardware later in the year.