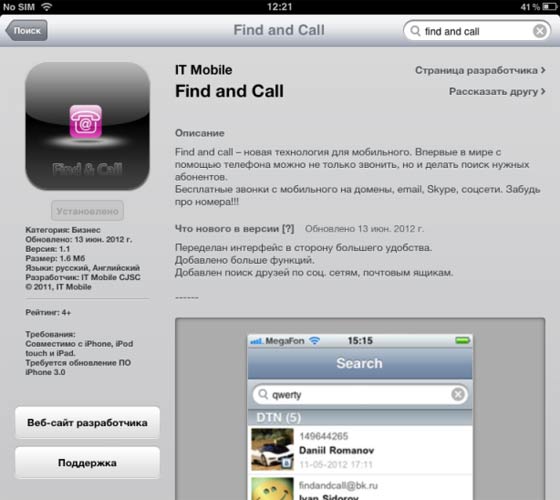 Find and Call’s apparent mal-purpose was to steal the user’s contacts list and to spam them with text messages and emails, apparently from a trusted friend. The app also read and saved the user’s GPS coordinates.

Kaspersky Labs say the app did ask for permission to “find friends” but users are used to accepting many permissions requests from apps without paying too much attention. Also, being a contact list utility such permissions may be understandable. However it didn’t take long for user reviews in the reviews section of the app page to reflect that the Find and Call app was not working in the downloader’s best interest, particularly noticeable was the SMS spam.

Wired magazine got a quote from Apple spokesperson Trudy Muller regarding the malware; “The Find and Call app has been removed from the App Store due to its unauthorized use of users’ address book data, a violation of App Store guidelines.” Understated, considering this is the first piece of malware found in the iOS App Store during 5 years existence.

The Find and Call app has an associated web site that allows users to enter social network account details, IM logins, email addresses and even use your PayPal account with which to “credit your account”. I hope no one actually went that far. However the app developer has emailed a statement to AppleInsider.ru claiming his app isn’t malware and the spamming is caused by a bug “System is in process of beta-testing. In result of failure of one of the components there is a spontaneous sending of inviting SMS messages. This bug is in process of fixing. SMS are sent by the system, that is why it won’t affect your mobile account.” Good luck to him bug fixing and re-submitting the app for inclusion in the App Store… 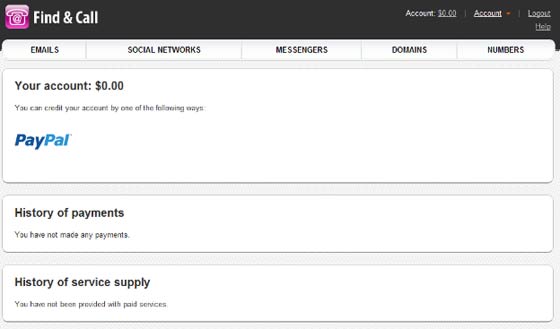 Earlier in the week we reported on the first spamming botnet harboured on Android devices. In a new development, reported today on the BBC News site, Google are denying that such a botnet exists and that Microsoft’s Terry Zink and also Sophos are mistaken in their reports from earlier in the week. However Chester Wisniewski at Sophos is sticking to his guns and saying “Many, including Google, have suggested the messages are forged. We see no evidence of this. The messages are delivered to our spam traps from genuine Yahoo! servers with valid DKIM signatures.” Also the spam is largely from cellular networks. However the mystery of the true source shall remain for now.

Posted by Noxvayl - Fri 06 Jul 2012 13:19
Incomplete sentence: "Understated, considering this is the first piece of malware found in the iOS App Store during 5 years existence.“

Noxvayl
Incomplete sentence: "Understated, considering this is the first piece of malware found in the iOS App Store during 5 years existence.“

You're missing a full stop at the end of your sentence. :p

CK_1985
Impossible. Apple devices don't get viruses are built to be safe.

cameronlite
You're missing a full stop at the end of your sentence. :p

When a full stop falls within quotations there is no need to use another afterwards.
Posted by RedRapper - Sat 07 Jul 2012 00:46
I wonder what negative impact this will have on other apps that have similar names. Hopefully apps like ReadAndCall and others which are good don't receive unwarranted negative reactions. Many developers work hard to produce good Apps and one bad “apple” can ruin countless hours of good work.