Tech startup Mojo Vision wants to skip the transition from bulky headsets to glasses and go straight to contact lens based AR. Third party users haven't had the chance to wear it or try out the finished tech as I write, but Venture Beat's Dean Takahashi has seen a prototype and demonstrations of the embedded tech, as well as demos of what the finalised Mojo Vision contact lenses will be capable of. 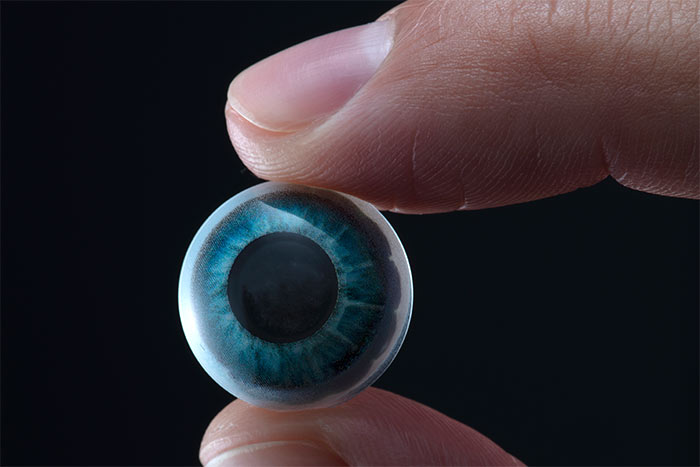 The Mojo Lens relies on a number of technologies coming together. Perhaps the most important component is the AR display which projects imagery onto your retina. The display is as small as a grain of sand - which sounds rather a painful thing to have in the eye, if it wasn't embedded in the smooth contours of a lens. 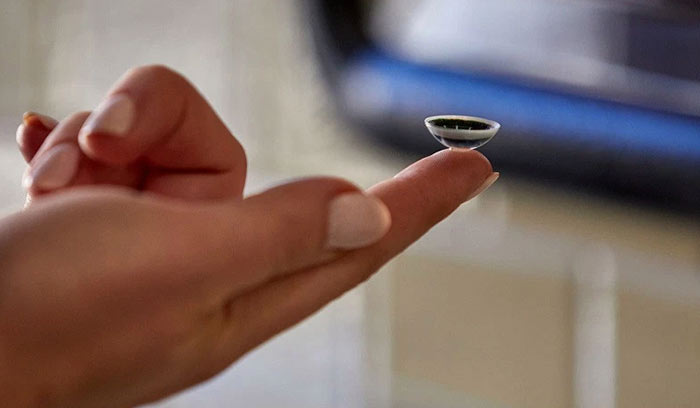 Mojo's sand-spec display uses MicroLED technology and is positioned directly in front of your pupil so it can project and focus light on the fovea, to deliver AR info to the this most receptive portion of the eye. The MicroLED display has 70,000 pixels (for reference a 320x240 display has 77,000 pixels) and is 0.5mm across delivering 14,000ppi. Another important feature of MicroLED is that it is a low energy tech, using only 10 per cent of a common LED. Furthermore, they can pump out 5x to 10x brightness compared to OLED alternatives. 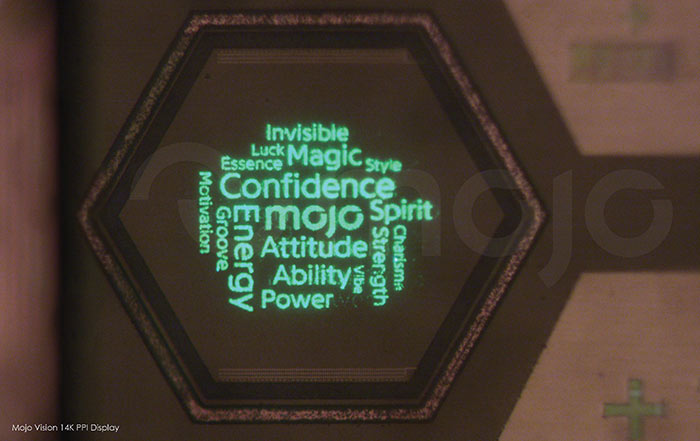 As well as this remarkable "densest dynamic display," ever made some important supporting tech is bullet pointed below:

Later versions will add an eye-tracking sensor, a communications chip, and could be powered by another wearable which could also provide internet connectivity.

Though the above hardware development is essential, some clever software is also required to make the most out of contact lens VR. Mojo has worked on this been demonstrating it using current tech like HMDs, so users can know what to expect. 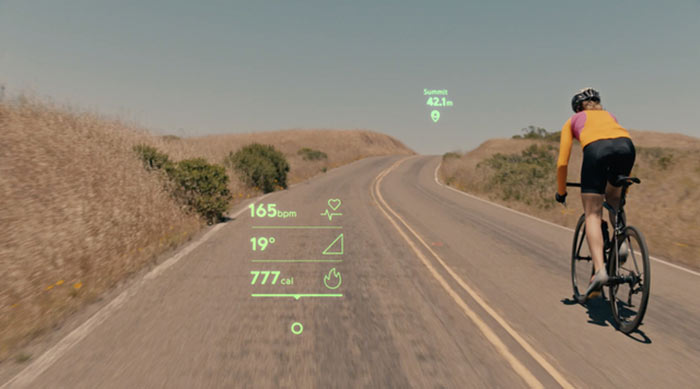 Takahashi's demo featured "simple green words and numbers hovering over objects in the real world." Simple images, charts, maps and so on can be useful and are triggered in a smart context sensitive way and using eye UI control. In a firefighter example, Fast Company explained that the emergency workers could see the locations of "other firefighters, even when they were separated from me by a wall." Additionally, "numbers at the top of my view showed my oxygen tank level, communications signal strength, and other data." Lastly, "an alert began flashing, instructing me to get out of the structure."

Emergency services, industrials and government agencies are likely to be the first Mojo Lens customers but they are expected to come to other markets, like medical - helping the visually impaired - and eventually consumers in the coming years.

But what happens if you accidentally put the lens in upside down? It's not like you can simply rotate it round and straighten out your HUD while you're driving, right?
What if you need glasses - Will these also correct your vision?
Presumably this will end up being bought out by big companies like Google and Farcebook, who will then flood your vision with adverts all over the place…?

“Furthermore, they can pump out 5x to 10x brightness compared to OLED alternatives”
OK, so a skilled hacker can make them flash or strobe and utterly blind you… Gonna be great while driving.
Oh, and they have a battery… which I'm sure can be hacked to feedback and explode or something, right next to your eyeballs!!

In fact, the more I think about all this, the more I have the plot for a near-future cyberpunk action-thriller… it's akin to both The Expanse and Strange Days in feel and tone, so if anyone has Kathryn Bigelow's number, please let me know!!
Posted by Ahkey - Fri 17 Jan 2020 13:37
I'm guessing it would use a gyro or something to align the display - otherwise you're going to be spending a lot of time rotating it around on the surface of your eyeball.
Posted by b0redom - Fri 17 Jan 2020 14:28

But what happens if you accidentally put the lens in upside down?

I had some cosmetic contact lenses for a while. The way they work is that they're slightly weighted so they sit correctly. Sort of like this: 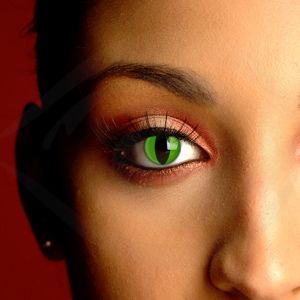 Ttaskmaster
But what happens if you accidentally put the lens in upside down?

…just like when I turn my tablet from landscape to portrait- have to turn my head 90 degrees- proper hurts my neck after a while:mrgreen:
Posted by jimbouk - Fri 17 Jan 2020 15:08
Lenses have a ‘right way up’ and correct themselves after fitting with a few blinks.

Very limited use as it's stands, but some neat tech!