Time-loop games are a growing sub-genre. Games like the Outer Wilds, The Sexy Brutale and 12 Minutes all play with the concept of exploring a clockwork world over a set amount of in-game time. Every character or moving object in the world has an established routine. At some point either by dying or some other mechanism, the player is thrown back to the start of the game, with the routine player over once more. The player must slowly unravel the mysteries of the game's world, learning and manipulating the routine to discover clues, influence events and complete the game. 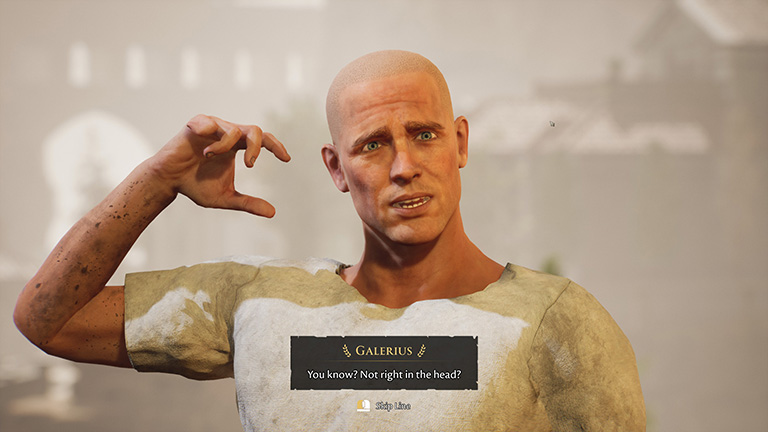 The Forgotten City, costing just shy of twenty quid, is the latest entry into the time-loop genre, and has already demonstrated itself to be one of the very best. It's also one of the funniest, scariest and most satisfying games I've played this year. In short, it's a bit good.

The Forgotten City puts you in the role of a character you name yourself, who dependant on your choosing, may be an archaeologist, a former soldier, or a thief. Whatever you choose, the game begins with your character awakening on the bank on the river Tiber in Italy. Here, a woman named Karen asks you to search for her missing friend Al. Al, she claims, vanished into some nearby Roman ruins several hours ago and has not returned. 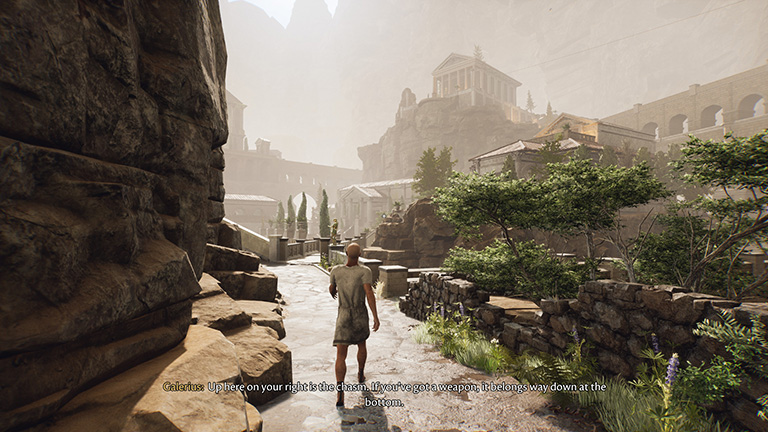 Venturing into the ruins, you quickly discover a secret trapdoor that drops you into a large, well-preserved Roman city. Greeted by a man named Galerius, you soon find yourself in front of the city's Magistrate, Sentius. Sentius explains to you that the city only has one rule, known as The Golden Rule. Nobody knows precisely what the rule is, but anybody who breaks it will doom the city. He also claims to know that one of the city's twenty-odd inhabitants intends to break the rule by the end of the day, and charges you with identifying the future-culprit.

The Forgotten City is adapted from a Skyrim mod the developers made several years back, transposed into Unreal Engine 4 and given a Roman makeover. But DNA of Skyrim is very much present in the standalone game. The way the player-character moves, the way the camera zooms in on NPC faces in conversation. It all feels very Elder Scrolls-y, which depending on your fondness for Elder Scrolls may be a good or bad thing. Indeed, I found the game's feel a tad off-putting at first, especially since your initial task is to get to know everyone. The Elder Scrolls' conversation style can get a little tedious in large doses, and getting to the best of The Forgotten City does require carving through a lump of expository dialogue. 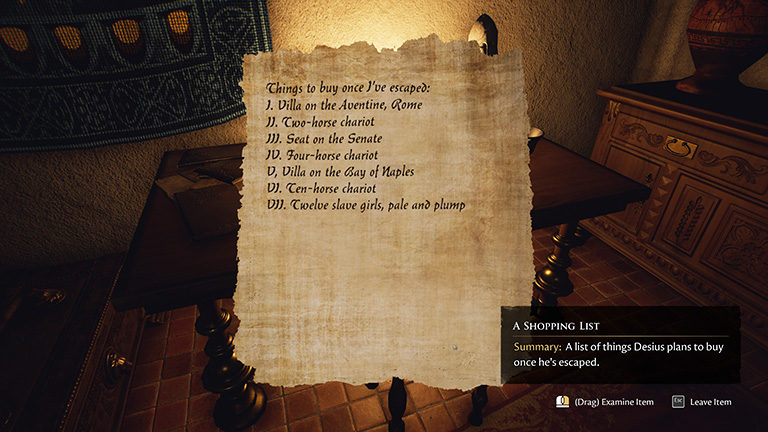 But things soon start to get weird. An early quest in The Forgotten City saw the town's medic ask for my help in retrieving an antidote for a poison from a merchant named Desius, who was charging an extortion amount for the solution. While trying to persuade him to hand over the antidote, a voice whispered "Take it". In my ear. As I was wondering if I was hearing things, it whispered again "Take it and run". I decided to do as it said, swiping the antidote from its shelf.

Then the ground started to quake, and a booming voice chastised me for breaking the Golden Rule. I sprinted for the portal room where I'd first entered the city and leapt through it, tumbling back to the beginning of the day. Everything had returned to normal, except that I now had a copy of the antidote in my inventory, enabling me to bypass Desius entirely and complete the quest.