You may already be aware of DTS sound options in Windows 10. On some PCs and desktops I have used recently DTS Headphone:X is an option alongside Windows Spatial Sound and Dolby Atmos for headphones. Now DTS has globally launched its 3D audio for gaming app, dubbed DTS Sound Unbound.

DTS Sound Unbound is a very similar proposition to Dolby Access (which includes Dolby Atmos for headphones) in that it says the codec can "take immersive gaming to the next level with ultra-realistic, 3D audio that renders clear, rich, and dynamic audio for the most engaging gaming experiences". DTS goes as far as saying its 3D audio positioning can give you a "competitive edge" in gaming as it helps you pinpoint audible movement in the gaming landscape as you can hear sound emanate from above, around, close, far and behind. 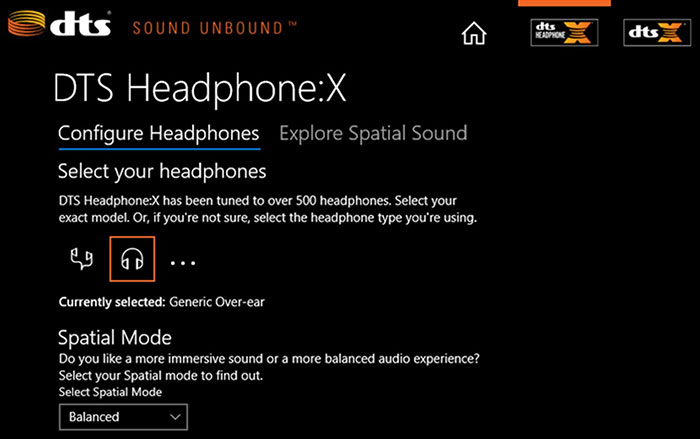 The new codec was developed with collaboration from Microsoft and will be on its way to Xbox One consoles shortly too. A database of over 500 tuned headphones (not is supported on 44.1kHz headphones - issue being worked upon) is included in the software for the best experience. However, initially, DTS Headphone:X for Microsoft Spatial Sound offers enhanced audio in just the following 11 titles (but it is said to be a growing library of games):

The above list is very similar to that supported by Dolby Atmos. 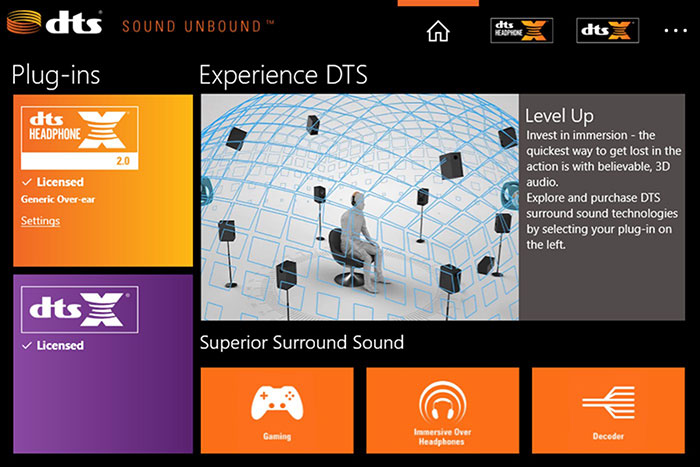 DTS Sound Unbound isn't just for gamers. As well as the above listed games, DTS says that its solution (combining DTS Headphone:X and DTS:X) can help deliver greater immersion in movie experiences.

If you are interested in trying out DTS Sound Unbound you can test it for free. Get it via the Windows Store and if it works in a pleasing enough manner with your speakers, headphones and software you can in-app-purchase the $19.99 package. DTS:X on its own is $9.99. Rival Dolby Atmos for headphones is priced at $14.99 with similar trial facilities in its app.

That's the first time I've seen something that, if I watched films on my PC, and therefore had a speaker set plugged in, I'd pay for.
Posted by MaddogPepper - Mon 30 Sep 2019 12:53
Brilliant, another proprietary implementation we look forward to.
Posted by stevie lee - Mon 30 Sep 2019 17:36

ValkyrieTsukiko
Aaah, is this the thing that's breaking audio for people in Gears5 on the pc at the moment?