The 8K Association (8KA) has announced its performance specification for consumer TV. The cross-industry group, backed by the likes of AUO, Hisense, Panasonic, Samsung , and TCL, will be able to display the 8KA logo only if TVs meet or exceed this minimum spec covering resolution, frame rates, luminance, and codec/interface support. 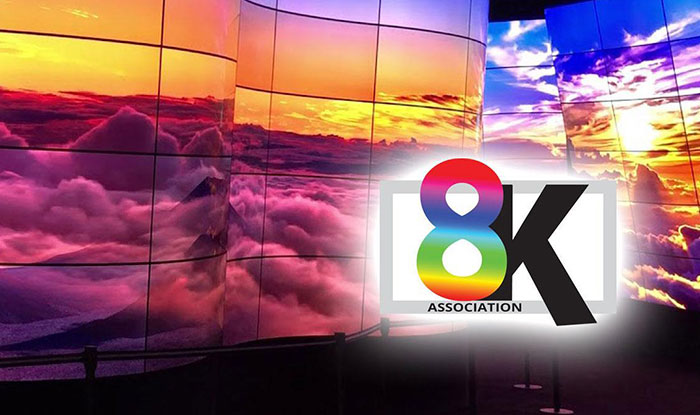 HEXUS has previously reported on 8K TVs, 8K monitors and even 8K AiOs, however 8K TVs are expected to be prominent at IFA 2019 which kicks off on Friday, and should become much more widespread in the coming months. The 8KA reckons it is very important to define the key attributes of 8K TVs. This spec-backed certification program will prove "a critical step in the growth in next-generation video technology," said 8KA Executive Director, Chris Chinnock, who welcomed the cooperative spirit the members of the 8K Association thus far. 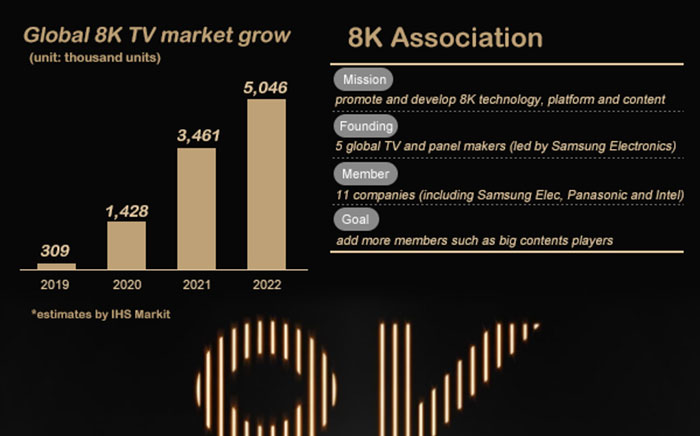 As suggested above, 8K TVs are expected to make big inroads before the year is out. In its latest set of financials, published at the end of July, Samsung said that it plans to maximize end-year sales through close co-operation with retail partners and "cementing the 8K leadership by positioning QLED 8K TVs as mainstream TVs".

It's nothing more than a way to jack up TV prices for a pointless resolution increase that no-one wants or uses, most of the world has barely even begun a move to 4K and there is no 8k content other than a few test demos all of which are very underwhelming because we are at the point of diminishing returns.

Of course the AV industry if filled with idiots who see a bigger number and thinks it's better so expect plenty of brain dead pieces extolling the virtues of 8K.
Posted by Saracen999 - Tue 03 Sep 2019 15:30
What Kato said. ^^^
Posted by PMMEASURES - Tue 03 Sep 2019 16:01
when your dealing with 80“ screens, bring on the 8K :-) yes 8K screen on a 24” display waste of time but big screens esp for home cinemas pretty much a must if nothing else benefits from dithered scaling of 4K content to look half decent.
Posted by darcotech - Tue 03 Sep 2019 16:12
What Kato said.
+ They would have better time investing in people actually getting proper 4K content.
Some movies are still made in 2K. 4K content is missing (compared to 720p and 1080p content).
Posted by pastymuncher - Tue 03 Sep 2019 18:58
Pretty much agree with Kato, it's completely pointless. We have very little in the way of 4k content let alone moving to 8k. Most of our tv channels are still not even HD!!