Apple's copyright case against a startup that makes virtualisation software has been tossed out of court by a federal judge in Florida. In August last year Apple filed a lawsuit asserting that Corellium's virtualisation software infringed its copyright. After hearing arguments from both sides, U.S. District Judge Rodney Smith ruled that Corellium's software amounted to 'fair use' due to it being transformative and very helpful to developers finding security flaws.

So, what is Corellium's controversial product? If you check out the firm's web site you will see that it sells access to development software that creates "virtual devices with real-world accuracy," in your web browser. It promises to remove physical barriers and take inaccurate emulators out of this type of testing with its app streaming and high fidelity Arm device modelling – using Arm-based cloud servers.

Using Corellium's tools it is easier for a security researcher to quickly fire up a simulated iPhone and hunt for potential bugs. TechCrunch explains that it is also easy to A-B various versions of iOS, boot up various instances of iOS, modify the kernel, as well as pause and peek at what is going on – a great tool for bug tracing and fixing as well as security research. 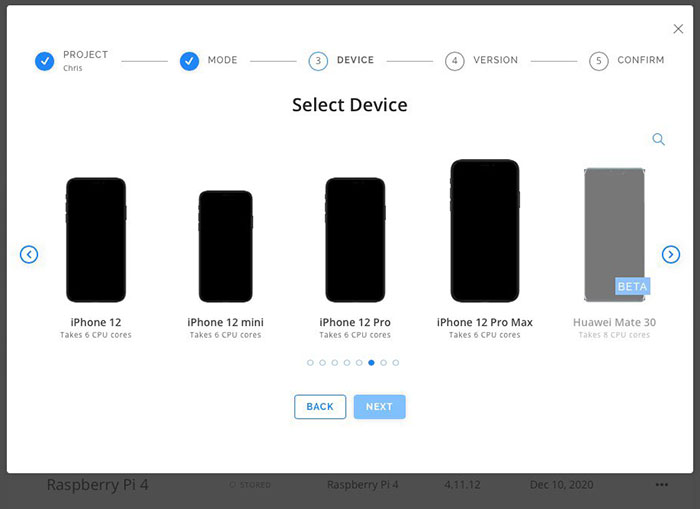 After careful consideration Judge Smith ruled that Apple's claims were "puzzling, if not disingenuous". In his ruling he wrote that "weighing all the necessary factors, the Court finds that Corellium has met its burden of establishing fair use. Thus, its use of iOS in connection with the Corellium Product is permissible." Moreover, Smith highlighted the fact that Apple had been attempting to acquire Corellium in several months of negotiations in 2018 and had tried its virtualisation product internally before talks fell through.

While Smith's decision has swatted away Apple's copyright claims (though it could appeal) the Cupertino tech giant still has DCMA violation claims under consideration by the courts.

Well, knowing how ruthless Apple is, maybe they were still pondering buying the company or poaching their employees if the lawsuit had gone their way?
Apple do have form for this, just ask Imagination Technologies.
Posted by lumireleon - Thu 31 Dec 2020 11:24
And people still buy Apple products.
Posted by [GSV]Trig - Thu 31 Dec 2020 12:44
Sounds like standard Apple practice tbh, they want something, they try and buy it, and then if that doesn't work they try to squash it.
IIRC there was a company that made something for Apple a few years back, Apple accounted that they were no longer using that company, and as Apple was that companies main source of income (their fault tbf, eggs and baskets etc), share prices fell through the floor, Apple then acquired them, or at least tried too..

Shady AF, and I know its not just them tbh, just so this doesn't come out as an anti-Apple thing…
Posted by mers - Thu 31 Dec 2020 13:00
I think all big companies to some degree act in deplorable fashion and some think they untouchable. Apple is a prime example but look at Intels past behaviour, Google and Amazon,the list goes on. Way of the world as it is now ,companies are bigger and throw more weight or money around to get their way.