AMD has settled a false advertising lawsuit that was launched in the US back in 2015. AMD's agreement to pay $12.1 million is thought to be a good deal, to eliminate risks and expenses of further litigation going forward.

If the court estimated fifth of customers come forward to make a claim, each customer will get $35 per chip bought. As the size of the 'pie' is defined, that figure can vary up or down depending upon how many people get around to filling in the required forms. It is thought that lawyers will take about 30 per cent of the $12.1 million pie, leaving about $8.8 million to be divided between the Bulldozer owners. 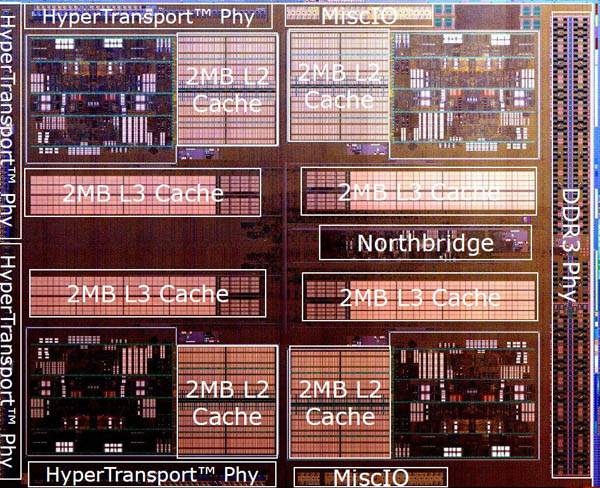 The crux of the complaint against AMD concerns the advertised core counts of the Bulldozer chips. As we reported back in 2015, AMD was accused of false advertising, fraud, breach of express warrant, negligent misrepresentation and unjust enrichment due to the core counts advertised in this range of CPUs.

To recap, Bulldozer combines two integer cores in a module, with a shared floating-point unit and a shared L2 cache. Multiple modules are combined to create CPUs. In the class action lawsuit the plaintiffs asserted that a Bulldozer CPU which claims to offer 8-cores cannot necessarily perform eight calculations simultaneously and should therefore be described and advertised as a 4-core chip. 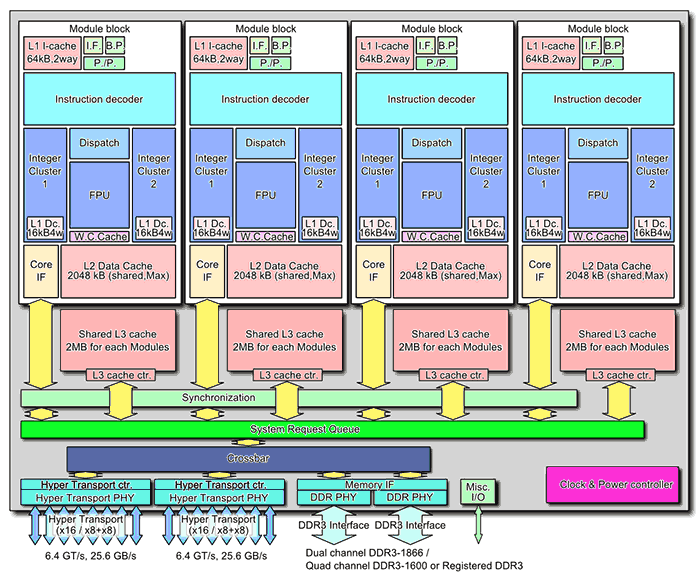 To qualify for the settlement as an AMD Bulldozer customer you must have bought one of seven different AMD chips that the company advertised as having eight cores, either through AMD's website or while living in California, reports The Register. A PDF of the AMD legal agreement is available via El Reg too.

Launch prices for the AMD Bulldozer chips ranged between $115 and $245 back in 2011. If you are interested in how Bulldozer performed and the HEUXS editor's thoughts about the design, you can head back to our AMD Bulldozer FX-8150 in-depth review from November 2011.

Posted by Tabbykatze - Wed 28 Aug 2019 10:22
We have to be caeful here, as far as I can tell there is no admission by AMD they are not individual “Cores” nor is there a ruling on what constitutes a “Core”. There are a decent percentage of people who believe that the term “Core” does not apply to Bulldozer but there is not a ruling that the Bulldozer complexes and the cores within them are not “Cores” at all.

It seems that this lawsuit was getting more and more expensive and it was in AMDs and everyones best interest to drop the lawsuit because then there would have to be a legal definition on a CPU “Core” and it would have wide far reaching consequences.
Posted by Bagpuss - Wed 28 Aug 2019 10:26
“It is thought that lawyers will take about 30 per cent of the $12.1 million pie, leaving about $8.8 million to be divided between the Bulldozer owners.”

There was a similar lawsuit against the Pentium 4, which I also had no sympathy for. P4 was junk, benchmarks said it was junk, chip architects wondered what the heck Intel were thinking with almost every architectural detail, so if you bought one you frankly deserved a stupid tax.

Bulldozer was buggy, you had to be pretty keen or desperate for upgrade to buy one, but all the info was plainly there if you bothered looking for it. I waited for Piledriver, it did me well for years, my daughter is still using it.
Posted by lumireleon - Wed 28 Aug 2019 15:28
BUT windows shows 8 threads??