You are here:
Legal Apple News

'Warranty Void if Removed' stickers are a pretty common sight to any technology enthusiast. You commonly see them on laptops, AV hardware, phones, and games consoles, among many other things. Interestingly, depending where you reside in the world such warnings may carry no legal weight at all, or might even be illegal. 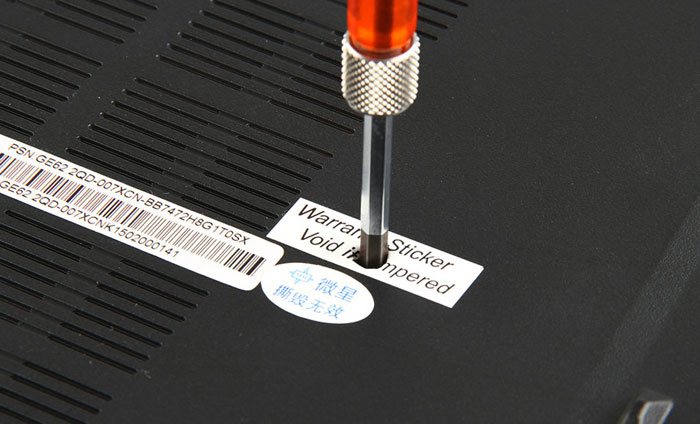 Consumers in the USA will welcome the recent publishing of a letter by the Federal Trade Commission (FTC) in which it asserts that "it is Illegal to Condition Warranty Coverage on the Use of Specified Parts or Services". This, in effect, means that common-or-garden 'Warranty Void if Removed' stickers are illegal, simplifies a news report published by Motherboard.

It turns out that the FTC has sent warning letters to six major companies that market and sell automobiles, cellular devices, and video gaming systems in the United States. The companies targeted by the communications aren't named but could well include the likes of Microsoft, Sony and/or Nintendo as there aren't really any other major console makers around. 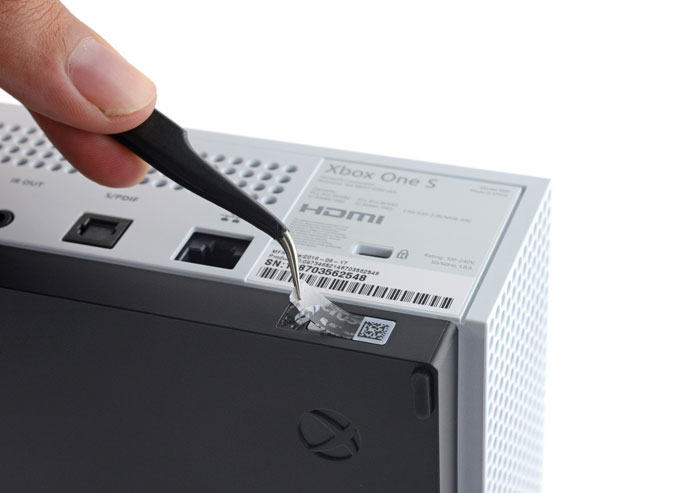 In legal terms the warranty void statements are "prohibited by the Magnuson-Moss Warranty Act, a law that governs consumer product warranties," explains the FTC. It notes three examples, including warranty seals (bullet point 3), which are 'deceptive':

The free market reasoning behind the FTC stance is that "provisions that tie warranty coverage to the use of particular products or services harm both consumers who pay more for them as well as the small businesses who offer competing products and services," said Acting Director of the FTC’s Bureau of Consumer Protection, Thomas B. Pahl.

Companies contacted by the FTC have 30 days to act to revise practices and comply with the law before potential law enforcement action.

If you have pondered over the US law as described above you might immediately see some similar legal problems brewing for Apple. Yesterday it was widely reported that the iOS 11.3 update breaks iPhone 8 devices with third party-repaired screens. Such devices are unresponsive and basically useless as the third party replacement screens accept no touch input. There was no warning of this potentially happening. A similar problem was observed last year with the iPhone 7 and Apple apologised and issued a fix for the problem, dubbed error 53. 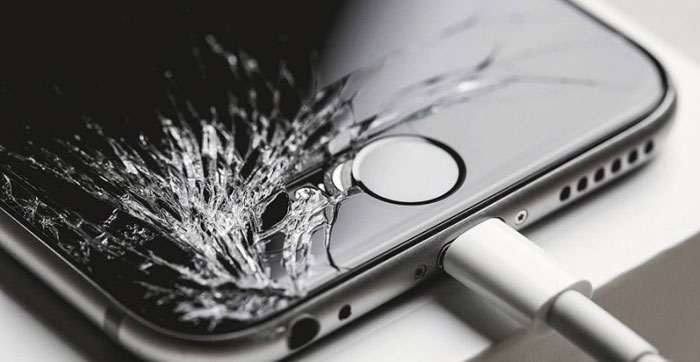 I have despised the “Warranty void” stickers for many years, as they stop you upgrading or replacing parts inside the machine.
Posted by will19565 - Wed 11 Apr 2018 14:56
the only thing this will do will make manufacturers either go with completely and utterly sealed units or re-word the warranty that if there are any altered parts the warranty is null and void
Posted by Strawb77 - Thu 12 Apr 2018 00:39
this will please the bods at ifixit, even if briefly, until @will19565`s prophecies start coming true- as they inevitably will
i do think it`s a bit much forcing companies to make their stuff compatible with third party hard/software though
surely there`s something wrong about that, the onus should stay with with them i reckon
Posted by spacein_vader - Thu 12 Apr 2018 07:45

Strawb77
this will please the bods at ifixit, even if briefly, until @will19565`s prophecies start coming true- as they inevitably will
i do think it`s a bit much forcing companies to make their stuff compatible with third party hard/software though
surely there`s something wrong about that, the onus should stay with with them i reckon

It's not forcing them to make stuff compatible with 3rd party parts, it's making them not refuse to work if someone installs an otherwise perfectly functional 3rd party component just because it wasn't made by them.