The UK's biggest semiconductor plant, Newport Wafer Fab (NWF), based in South Wales, has been bought by Nexperia, a Holland-based semiconductor company wholly owned by China's Wingtech Technology. On Friday, CNBC reported upon the acquisition plans, and we heard of concerns from some quarters of the UK government, but the deal transaction completed on Monday.

The Newport semiconductor production site was first established in 1982 and was originally named INMOS. In subsequent years it has been owned and operated by STMicroelectronics, International Rectifier and Infineon, before becoming NWF in 2017. The South Wales facility is capable of making power and compound semiconductor ICs on 200mm-diameter wafers and has a capacity of 35,000 wafers starts per month.

NWF's current output is used extensively in power supply applications for the automotive industry. That might be attractive enough a market in its own right, but the fab is "the focus of a cluster of excellence in compound semiconductors and taxpayers' money has been spent on developing process technologies such as gallium-nitride-on-silicon," notes EE News Europe. Back in May, the Daily Telegraph highlighted Newport Wafer Fab as an example of how the UK should become a world leader in microchips, as it is in vaccines.

The swift completion of the NWF and Nexperia deal comes despite a strongly worded warning from Tom Tugendhat, leader of the UK government's China Research Group and chairman of the Foreign Affairs Select Committee. Last week, Tugendhat wrote to Business Secretary Kwasi Karteng, saying "having the UK's leading 200mm silicon and semiconductor technology development and processing facility being taken over by a Chinese entity – in my view – represents a significant economic and national security concern". Tugendhat went on to urge a deal review under the National Security and Investment Act, which was introduced in April as part of an effort to protect the nation’s technology companies from overseas takeovers when there’s an economic risk or a security threat, reports CNBC. Another source speaking to CNBC was quite blunt, suggesting this deal was being pushed through while the "British government aren’t doing s*** about it".

The £63 million price might seem to be quite a bargain, with CNBC comparing it to a recent fab sale in the US raising $900 million. I don't know if the facilities are really comparable though, and NWF has some debts; £20 million with HSBC and £18 million with the Welsh government – to be paid off post-sale. Meanwhile, NWF's CEO Drew Nelson, is in line for £15 million, according to a source familiar with the deal terms.

Going forward, Nelson is said to be planning to reinvest some of his proceeds into a compound semiconductor spin-off, while retaining the Newport Wafer Fab name. Paul James, Managing Director at the Newport site, said the acquisition was great news for staff, with investment coming in and stability more assured, all staff will be kept on with potential for growth, he indicated. 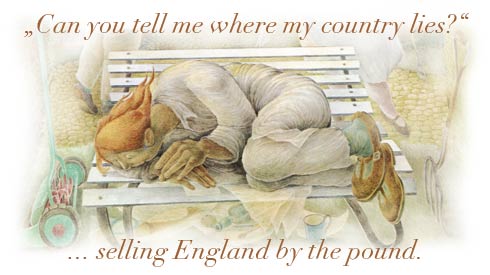