You are here:
Enterprise Systems News

Emerald, the UK’s most powerful GPU supercomputer was booted up yesterday at the Science and Technology Facilities Council's Rutherford Appleton Laboratory (RAL) in Oxfordshire. The supercomputer will work alongside another called Iridis 3 based at the University of Southampton. The two systems working together “will give businesses and academics unprecedented access to their super-fast processing capability”. 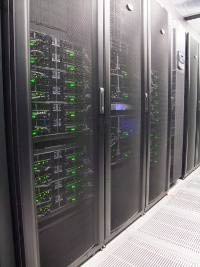 The newly available processing power will enable researchers to run simulations ranging from healthcare to astrophysics. In particular the supercomputer combo will be used to look at the Tamiflu vaccine’s effect on swine flu, Square Kilometre Array project data, climate change modelling and 3G/4G communications modelling.

The official launch of the e-Infrastructure South Consortium also took place to coincide with the supercomputer unveiling. This is a consortium of four UK universities; Bristol, Oxford, University College London and Southampton who will collaborate with RAL to work upon the supercomputers. The Engineering and Physical Sciences Research Council (EPSRC) funded the supercomputers with a £3.7 million grant.

GPU supercomputers have found a niche in supercomputing because of their high floating point performance. “GPU computers use a CPU and GPU together in a heterogeneous co-processing computing model. The sequential part of the application runs on the CPU and the computationally-intensive part is accelerated by the high floating point performance of the GPU's 100s of processor cores that operate together to crunch through the data in the application.” The press release from the EPSRC has a lot of details and specifications for the supercomputers Emerald and Iridis if you wish to learn more, starting about half way down the page. In summary Emerald contains 372 NVIDIA Tesla GPUs, it is ranked #159 on the June 2012 Top 500 list with a score of 114.4 Teraflops. Iridis contains 12,000 Intel Westmere cores, nodes are connected via Infiniband and the system has 100TB of storage. 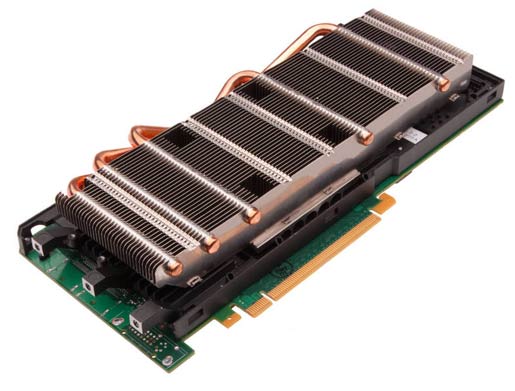 In other UK supercomputer news today Daresbury Laboratory in Cheshire has become home to the UK’s most powerful supercomputer. “The IBM computer, named Blue Joule, has been ranked number one in the UK in this year’s top 500 list of supercomputers, and 13th in the world. Blue Joule forms part of a new future software research centre at Daresbury.” Reports the Manchester Evening News today. The cost of this system appears to be 10 times (£37.5 million) the above mentioned grant to develop the Emerald GPU supercomputer. This week Blue Joule became the first UK based computer to run a Petaflop application.

Simon McIntosh-Smith, from the University of Bristol, has just sent me the following update to the above article regarding the exact costings for the Emerald supercomputer and what the computer is working on right now: “Nice article! Just one important clarification though - our £3.7m built two computers and also funded a number of staff. Emerald itself cost a fraction of that total - about £1.1m. So the new system at Daresbury was a lot more than 10 times as expensive as Emerald!

We've already got Emerald doing drug docking, avian flu analysis, computational fluid dynamics and all sorts of other really cool things that can have a huge impact on society. It's a fantastic resource we've got at our disposal now.”

in that room I think….