You are here:
Corporate Internet News

Yahoo has chosen Marissa Mayer to become its new CEO. Ms Mayer was a founding employee at Google, the company’s 20th employee and its first female engineer. She will become Yahoo’s third CEO this year having secured the position from rival and current acting Chief Executive at Yahoo, Ross Levinsohn.

Ms Mayer now has the big job of making Yahoo more relevant in the face of competition from Google and Facebook, to stem the loss of users to these and other newly emerging rivals. Yahoo is often described as struggling and declining in reports but the company still has a huge user base of 700m users, nearly 14,000 employees and is the fourth most popular web site in the USA. 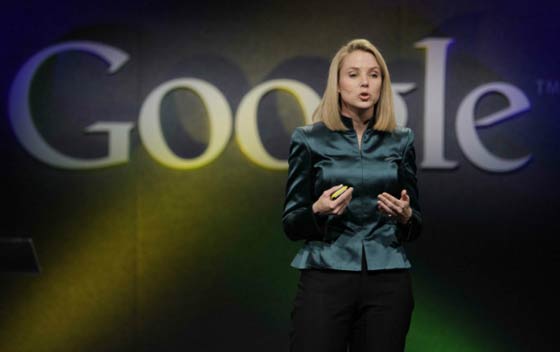 Mayer is a self-described "geek" with a genuine Masters in computer science from Stanford.

Google’s Eric Schmidt called Yahoo’s hiring of Ms Mayer “a nice big step for her” he also generously admitted “It's a loss for Google”. Her last position at Google was VP local, maps and location services, overseeing over 1,000 product managers.

Ms Mayer told Reuters that there is a lot of irrelevant speculation over Yahoo being a media or tech company because it is, like most competitors, both of these things. Also she doesn’t want to do the usual “new broom” thing and make lots of changes straight away because she is “sensitive to the fact that there has been a lot of change recently at Yahoo, so I don't want to make unnecessary changes”.

Ross Levinsohn’s month at the helm was productive in ending a dispute with Facebook and making a deal with China’s Alibaba bringing in over $7 billion. However a source speaking to Reuters said the board found him to be uninspired in his strategy. On not being chosen for the permanent CEO job he is said to be unhappy but may stay on, depending upon his chemistry with Mayer, who intends to keep him at Yahoo. 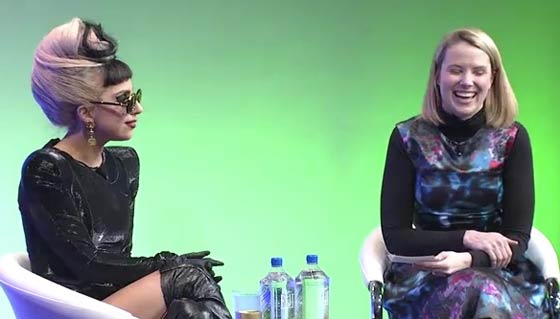 Mayer (right) having a laugh.

Yahoo has had a lot of negative headlines over its recent history from the previous CEO sacking due to forged qualifications, firings and poor financial results and most recently the security leakages. Hopefully the media friendly Ms Mayer can bring some flair and success to Yahoo in the not too distant future. The new CEO has a lot on her plate, not to mention expecting her first child in October, telling The Hollywood Reporter “My maternity leave will be a few weeks long, and I'll work throughout it.” Good luck in turning Yahoo around.

I reckon Yahoo is a sinking ship that nothing and no-one is going to turn around, no matter how talented a CEO they might be.
Posted by gagaga - Tue 17 Jul 2012 19:02

Fraz
I shouldn't laugh at that, but I am.

I reckon Yahoo is a sinking ship that nothing and no-one is going to turn around, no matter how talented a CEO they might be.

I think her job is to find a path for a soft landing - jettison anything facing a dead end an focus on what can represent a future for the company. That's a hard task, but she's apparently numbers focussed and very focussed on the task in hand, so she might just pull it off.
Posted by ddg4005 - Tue 17 Jul 2012 19:07
I figured some company would've bought Yahoo by now. It was the de facto portal site years ago but now it's just a shadow of its former self.