Intel has revealed that it is going to invest $3.5 billion to expand its New Mexico manufacturing operations. The multi-year investment is earmarked to equip its Rio Rancho facilities with the technology required to manufacture advanced semiconductor packaging, including Foveros. Construction of the expanded facility will start later this year, and it will create 1,000 construction jobs in the shorter term and at least 700 high-tech jobs in the longer term. Moreover, the completed expanded facility is estimated to support 3,500 jobs in the state. 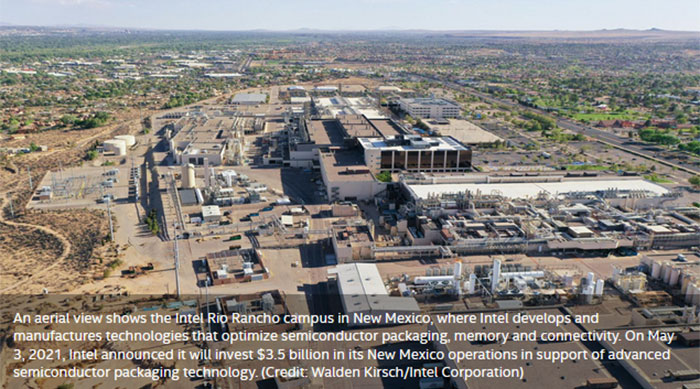 Keyvan Esfarjani, Intel SVP & GM of Manufacturing and Operations, reminded observers that Intel has been investing in Rio Rancho for over 40 years, and went on to say that it would "play a critical role in Intel’s global manufacturing network in our new era of IDM 2.0". Additionally, Esfarjani highlighted what he called Intel's "unquestioned leadership in advanced packaging," which will be a key attraction to those interested in Intel Foundry services. 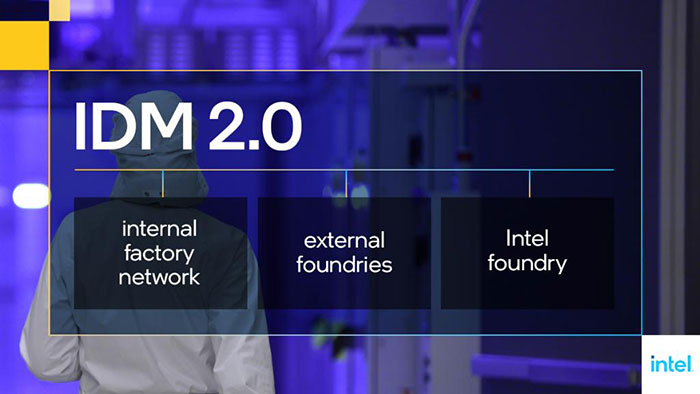 Intel first revealed Foveros technology back in late 2018, but it wasn't until summer 2019 when it provided an in-depth look at this 3D chip stacking tech, when it discussed chip packaging tech like Co-EMIB, ODI, and MDIO.

A few hours ago Intel CEO Pat Gelsinger Tweeted how excited he was to reveal the investment in the New Mexico site. This announcement follows a 60 Minutes documentary/news program which said that 25 years ago the US manufactured 37 per cent of the world's semiconductors – but the present day figure is just 12 per cent.

Back in March, Intel announced that a major factory build-out including a new Arizona, Ocotillo Fab which will require a $20 billion investment and will create 3,000 new long-term jobs, as well as R&D and collaboration plans with Microsoft and IBM.