There are concerns that the tech industry will have to brace for further component price rises shortly. Of course, higher component costs are going to be inevitably passed onto consumers. This news comes from several Taiwanese business news publications citing sources at, or in business dealings with, the world's biggest contract foundry - TSMC. Depending on the product/process, TSMC's customer can expect to pay up to 20 per cent more for their chips. 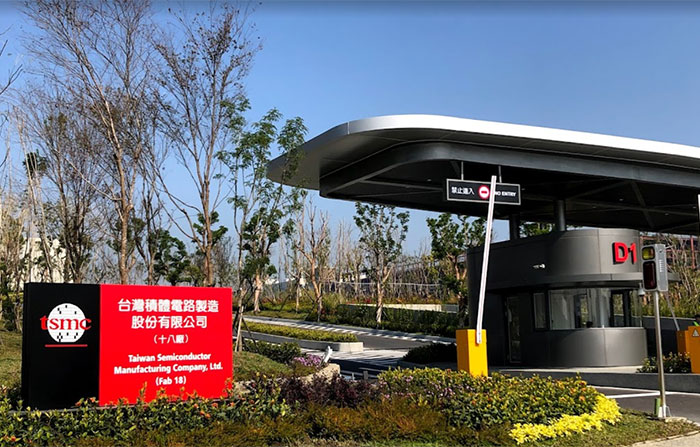 A wide range of influences have come together to inspire the price rises. What you might call and 'imperfect storm' of factors have lead TSMC to its price rise decision. There are so many factors listed by the sources that I've decided to bullet point them:

The various sources have slightly different stories about the impending TSMC foundry price hikes. Mostly the reports are quite similar, and seem to point to the TSMC price increases being applied to contract work from Q1 2022 onwards.

Another area where the reports seem to agree is that the price rises will apply differently across different processes. Specifically, customers of advanced processes (sub 12nm) will be facing price increases of up to 10 per cent. Meanwhile, customers reliant on the more mature processes (16nm+) will be looking at 10 to 20 per cent price increases.

At this time, in the strange constrained market we are in, it is hard to know what impacts there will be on consumer products reliant on TSMC's process technology. Remember that the semiconductor industry seems to be rather cyclical, and as a consumer one must hope that whatever machinations are happening in the background now, there will be oversupply in the not-too-distant future and prices will respond. Most news and tech industry comments I have read recently indicate that semiconductor component supply problems will ease next year – which leads one to wonder about the scale and speed of the easing we will see.

Posted by CAT-THE-FIFTH - Wed 25 Aug 2021 14:28
At this point after seeing Nvidia making massive amounts of dosh - it makes me wonder whether many of these “leaked” reports are actually real,especially in light of the fact many larger customers of TSMC would have signed longterm contracts. It seems mighty convenient once all these reports come out(mostly not officially confirmed),that companies can make an excuse to massively increase prices way past any actual price increase. Then lo and behold these companies have made record net and gross margins. It almost sounds like some form of market manipulation.

An example was what happened to hard drive prices,after those floods many years ago. Companies “were forced” to jack up prices due to the problems,but then for years after that prices remained high per TB,and they did well out of it. Its also like when NAND becomes too cheap,all of a sudden some “disaster” like a slightly inebriated Pelican flying into the factory for 30 seconds,and causing 6 months of supply to suddenly sublimate into thin air.

Even Gamersnexus in their 6600XT review pointed this to out some degree,ie,just because the price of copper goes up by 2X,it might not mean much if the device uses $2 worth of copper.
Posted by LSG501 - Wed 25 Aug 2021 14:36
Yeah it really is starting to feel more about companies taking advantage of the current climate rather than actually having ‘real need’ for price increases.

While I'm sure the costs have increased I very much doubt the overall increase will be anywhere near the increase the end consumer ends up paying.
Posted by mers - Wed 25 Aug 2021 16:07
Nothing suprises me , supply and demand , usual senario. This if true just rings of pure greed , been steadily raking in millions and now want an unhealthy chunk more. Striking a balance betweem profit and investment should be the case , if investors want more they should be piling it in here for future gains. Pushing to hard on their clients and the bubble will burst as it will reflect down the line to us customers of their clients , too dear and won't upgrade to the newer generations. There are other chip makers , providing we don't get another round of false price fixing, may take advantage of this. All the big names out there will be price concious of source materials for their products so they can price their items as competitively as they can.
Posted by watercooled - Wed 25 Aug 2021 16:17
We heard similar sky-is-falling stories when there were reports of substrate prices rising. Most all of them, naturally, neglected to mention how negligible this price increase was in the context of final products.
Posted by Gentle Viking - Wed 25 Aug 2021 16:38
If price = up // then push cost to you know who, and add a little for yourself now you are at it.
End