A few minutes ago Asus sent an email to HEXUS fanfaring the official introduction of the Arez brand. If you have been following the rumour mill closely you might have heard of this new Asus sub-brand. People were speculating that this brand, and others, will be introduced as a loophole solution to bypass the conditions set out (or implied in) the Nvidia GeForce Partner Program. 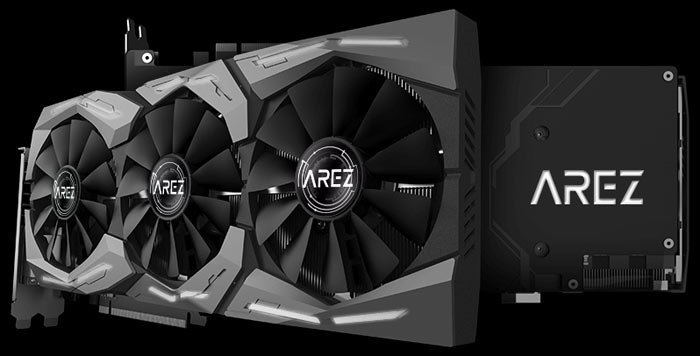 Despite its hand being sort-of forced, Asus is very positive about the “bold new identity” it has forged for its AMD cards. The email says that the new brand “underlines the strong working partnership between ASUS and AMD.” That partnership, however, must be a little bit weaker than the one with Nvidia, as it has effectively buckled under NGPP pressure.

Asus reassured us that Arez graphics cards, named after the Greek god of war (but with a 'z' where there should be an 's'), will continue to boast cutting-edge hardware features including Auto-Extreme Technology, Super Alloy Power II, MaxContact, Wing-Blade IP5X-certified fans, and FanConnect II. On the software side, users will be able to enjoy advanced tweaking and tuning thanks to Asus GPU Tweak II and AMD Radeon Adrenalin Edition Software. 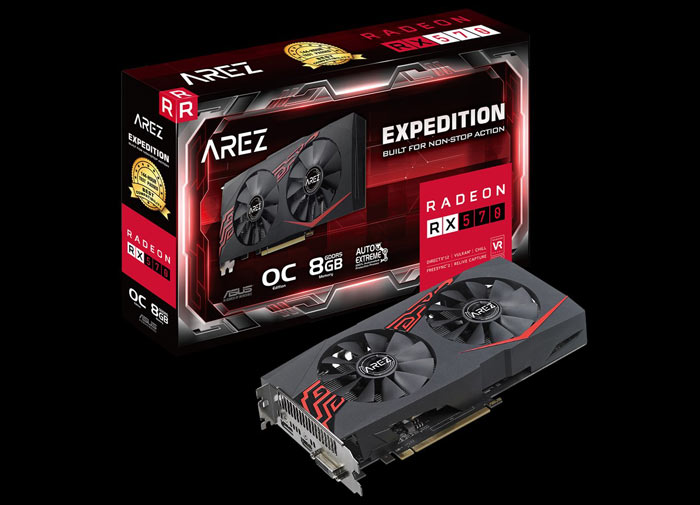 The new Asus Arez cards will start to become available from May 2018. You can already see the Arez Series graphics cards section populated with 28 products on the official Asus site. Familiar Strix, Dual, Gaming, Expedition, and Low Profile cards are all there, based on GPUs ranging from the Radeon Vega 64, through the RX 500 series, to the entry level R5 and R7 cards.

While I have been writing, AMD has emailed HEXUS to welcome the Asus Arez announcement. It says that “over the coming weeks, you can expect to see more add-in board partners launch new brands carrying the AMD Radeon name.” AMD puts a positive spin on the situation by adding that it is working to “reignite freedom of choice,” with these new brands and together they will champion openness, innovation and inclusivity.

Furthermore, four key values will be shared between AMD and its new partners:

You can read the ‘pledge’ in full on the Radeon Gaming website. The post, written by AMD Radeon Gaming VP and GM Scott Herkelman, concludes with an assertion that AMD will “put premium, high-performance graphics cards in the hands of as many gamers as possible and give our partners the support they need without anti-competitive conditions.” Was that a dig at the competition?

Biscuit
Haha… do like the little digs at the GPP AMD has in their statement.

If you look at the Box, it doesn't seem to say “gaming” anywhere on it…

I think that's the whole point. Nvidia have always had a strong brand, even when they have had weaker cards. All of this seems to just show they are threatened by amd and want to control the narrative of their gpus, as the only thing worth gaming on.
Posted by CAT-THE-FIFTH - Tue 17 Apr 2018 18:50
It looks like Dell and HP have resisted GPP,but Lenovo might have not:

https://www.hardocp.com/article/2018/04/12/dell_hp_resist_nvidia_gpp_leash_so_far
Posted by simonpreston - Tue 17 Apr 2018 18:54
Would be nice if the gaming community banded together and gave NVidia the big FO until they back down on this.

However, most seem more concerned with a few extra frames per second rather than the bigger picture.
Posted by Biscuit - Tue 17 Apr 2018 19:06

It does say that they don't think they have signed up though.

TBH it doesn't make sense for OEMs to sign up for something like that. Most of the customers of these companies dont look at the brand of GPU, they just buy whatever. This is especially true of enterprise where they will buy pallets of whatever is currently the right price for them. They dont care if its AMD/Intel/Nvidia GPU.
If Nvidia want to test companies like Dell, HP and Lenovo (who are all closely tied to Intel), they could be the makers of their own downfall. If OEMs start putting/pushing more AMD/Intel GPUs into their devices, or perhaps always have the “Nvidia options” not available due to Nvidias preferential treatment, there is only one loser in the long term (…and it isnt the OEMs).