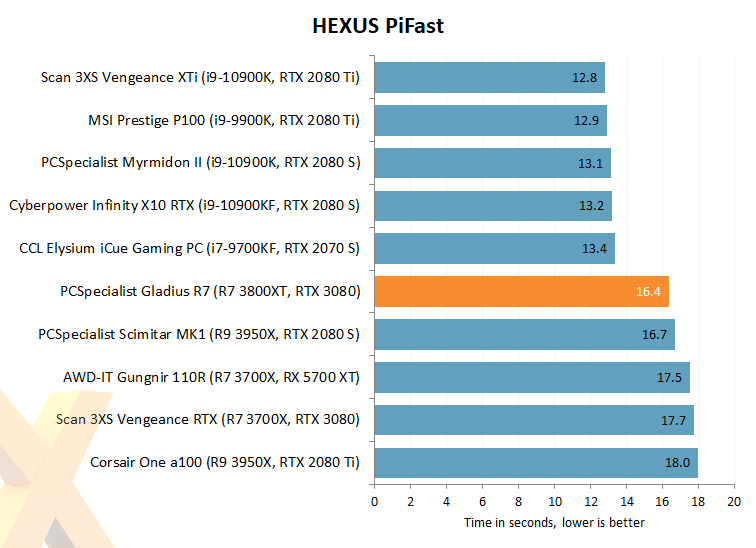 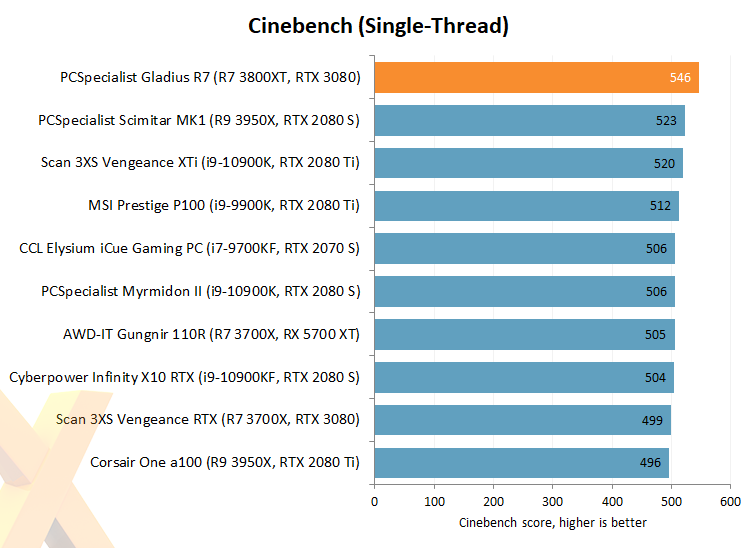 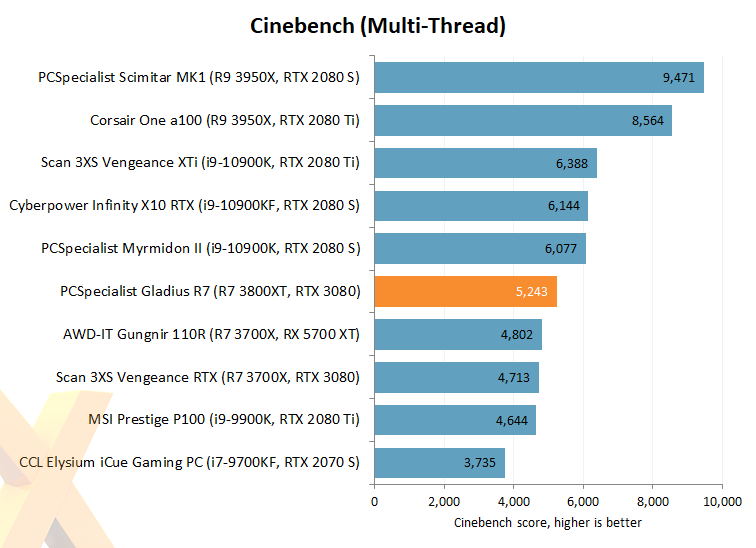 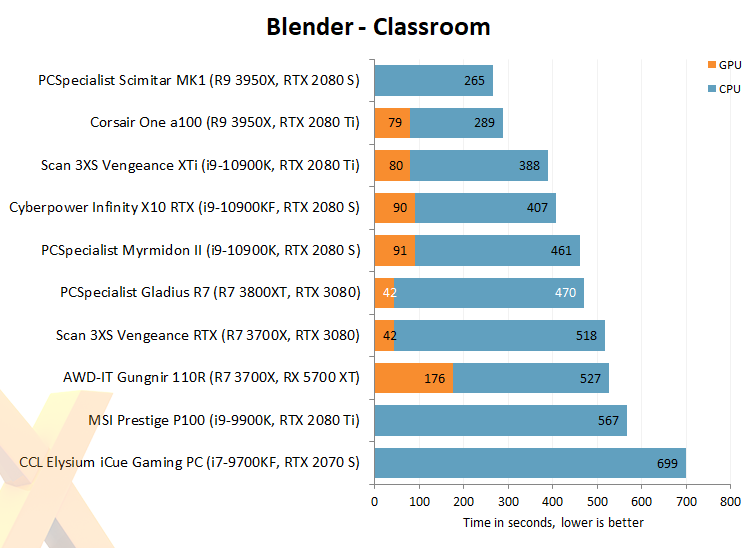 Intel's lead in IPC and sheer clock speed have historically made Core processors an obvious choice for gaming PCs. AMD's resurgence, however, is such that Ryzen CPUs now reside within half of the systems in our charts.

The Ryzen 7 3800XT slots in as expected - it is the quickest eight-core chip in AMD's current stable - yet prior experience suggests the CPU will struggle to keep up with the might of GeForce RTX 3080 when gaming at lower resolutions. Providing an early glimpse of Ampere firepower, the Blender scene takes just 42 seconds to render on the GPU, compared to 470 on CPU.