SanDisk is considered the prosumer arm of parent company WD's storage empire. Though oftentimes bearing similar technology on the inside, SanDisk goes easier on the design razzamatazz by eschewing RGB lighting and go-faster stripes for a more grown-up look and feel.

The company sells the popular Extreme PRO Portable line of external SSD storage in two versions. The original, released in 2019, is offered in 500GB, 1TB and 2TB capacities and connects via USB-C over the 3.1 Gen 2 (10Gbps) standard. Peak speeds are up to 1,050MB/s for sequential reads. Newer models, distinguished by a V2 suffix, up the ante by practically doubling transfer speed to 2,000MB/s via a USB 3.2 Gen 2 2x2 interface.

Setting the scene for future SanDisk reviews, we have the original Extreme PRO Portable SSD 1TB in for review today. 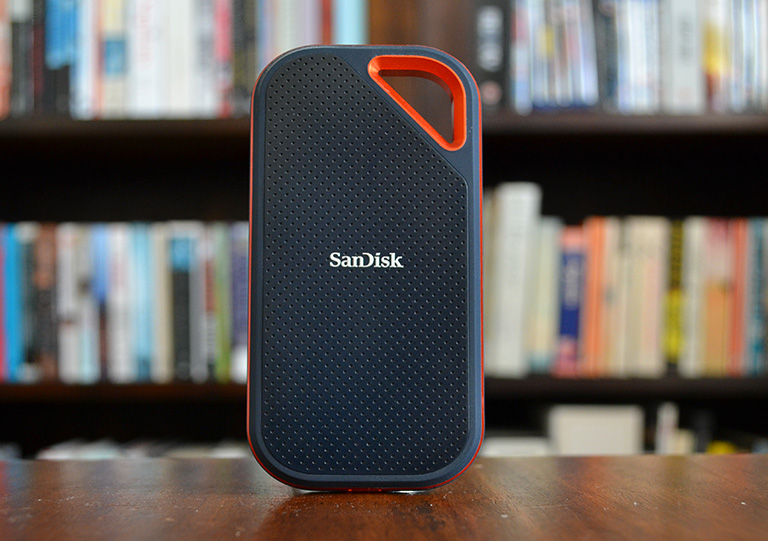 It's worth knowing that V1 and V2 models share an identical casing. It's easy on the eye and features soft-touch silicone rubber around an anodised aluminium frame. Portability is enhanced by a metal loop designed for attaching to a backpack, but going down this route makes the drive larger than it strictly needs to be.

Measuring 110mm long, 57mm wide, 10.2mm thick and weighing 78g, it's not as small as the newer WD My Passport SSD 2020. Extreme PRO Portable, however, lives up to its name by having basic ruggerdisation qualities. Rated to IP55 means it's largely resistant to dust ingress and water. Bear in mind it's not completely waterproof as there's no cover for the Type-C connection at the bottom. We'd recommend SanDisk includes a removable cap as it has done on older Extreme models. 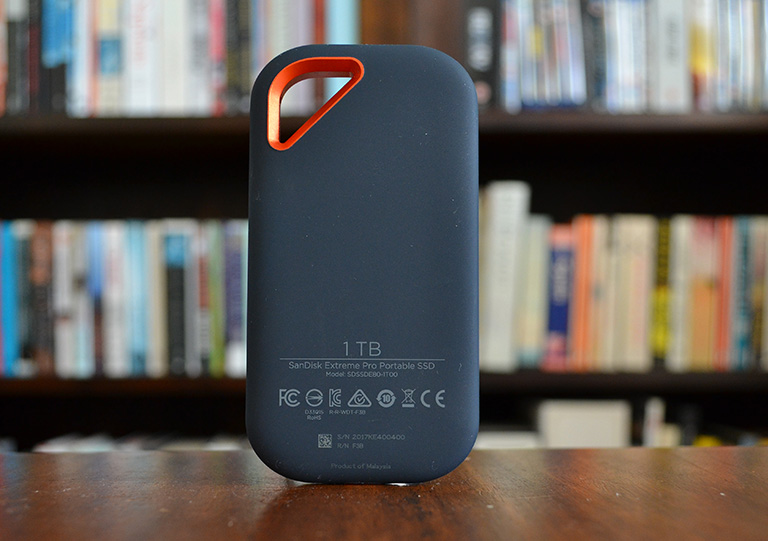 SanDisk rightfully shies away from any gaudy lighting. There's no activity LED, either. This model also beats out its WD cousin by having both Type-C-to-Type-C and Type-C-to-Type-A cables in the box. They're longer, too, at 30cm versus 17cm, and there's a satisfying clunk as the cable engages with the PRO's port.

Being part of the WD family enables SanDisk to choose from a wide variety of internal NVMe SSDs. The storage weapon of choice here is a WD Black SN750 bridged on over to USB-C. Knowing the intrinsic performance qualities of that drive, it is only the USB 3.1 Gen 2 10Gbps interface holding it back. 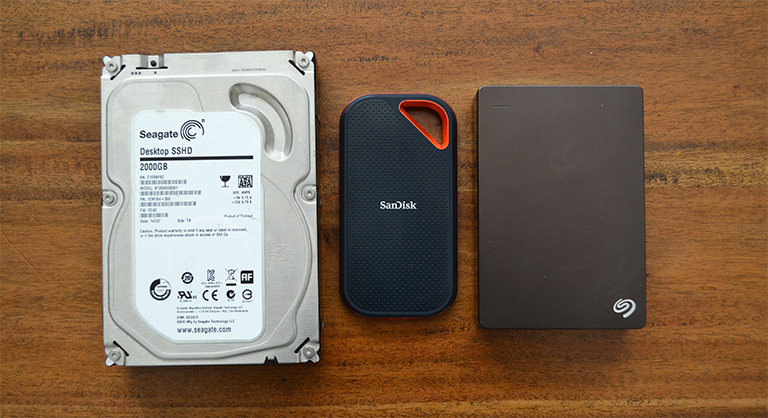 Storage performance has increased over time whilst form factor has become smaller and slimmer.

SanDisk bundles its SecureAccess utility which provides a password-protected, 128-bit AES-encrypted vault on the drive for important and sensitive information.

Backed by a five-year warranty and costing £170, let's now see how it compares against some high-quality competition.