Kingston has been making waves in the SSD market with a new range of budget-friendly solutions designed to entice those users still clinging to their ageing hard disks. The KC600 proved a fine choice for PCs limited to SATA, while systems with an available M.2 slot are prime candidates for the well-rounded A2000.

Both offer competent performance at their respective price points, but neither can be deemed an ideal fit for enthusiasts who like to push their rigs a little bit further. That's where the Kingston KC2000 comes in. Delivered in an M.2 form factor, said drive promises "superior NVMe speeds" and "outstanding endurance" for desktop, workstation and high-performance PCs. 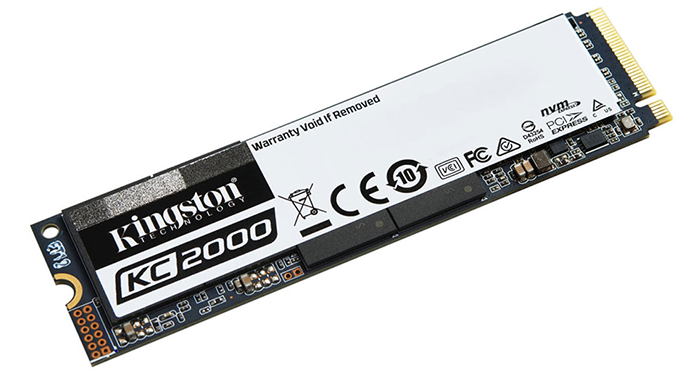 Sequential speeds of up to 3,200MB/s are the obvious attraction - that's almost a 50 per cent increase on the 2,200MB/s advertised by the aforementioned A2000 - and if you're hoping to lay claim to as much high-speed storage as possible, the KC2000 is available in a 2TB capacity, doubling what's on offer from Kingston's mainstream alternative.

It will be interesting to see the two product lines side-by-side, and recent adjustments to pricing may help bring the KC2000 back into focus. Readers should note that the high-performance range was originally launched some six months ago, but having come away impressed with the A2000, we're intrigued to see if there's merit to Kingston's pricier proposition.

Peak random read performance sees a dramatic boost, climbing by 40 per cent from 250K to 350K IOPS, however both maximum and average power consumption are also increased, making the KC2000 less preferable for laptop or battery-powered systems. Elsewhere, the two product lines share plenty of similarities, including 96-layer 3D TLC NAND, endurance ratings that are decent but not spectacular, a standard five-year warranty, and security options spanning 256-bit XTS-AES hardware encryption and compatibility with a variety of TCG Opal software management solutions. 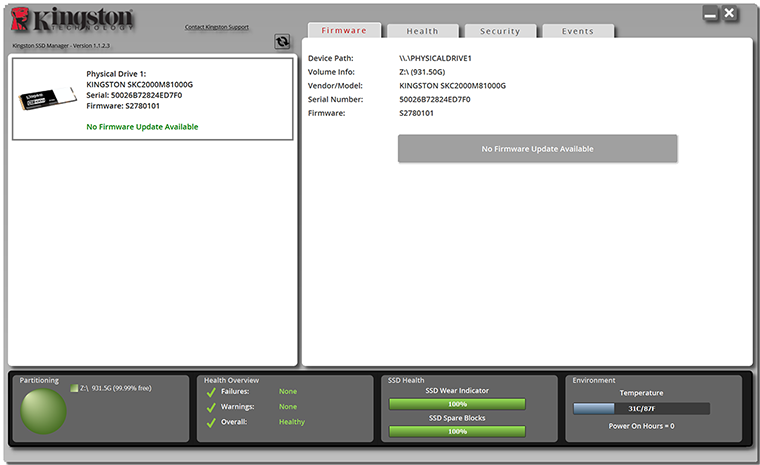 The software bundle also remains unchanged. A license key for Acronis True Image OEM is included to help ease the transition to a new drive, while the pictured Kingston SSD Manager handles firmware updates while keeping tabs on drive health and security.

One other point of differentiation is appearance. KC2000's black PCB is a tad more stylish than the blue A2000, however the double-sided layout is somewhat cramped. Beneath the warranty sticker on the front of the drive resides the controller and four 128GB NAND packages, a further four are located on the rear, alongside a pair of 512MB DRAM chips. Performance will ultimately determine whether or not the KC2000 still makes sense next to the affordable A2000, so let's roll the benchmarks.