We were pleasantly surprised by the first crop of premium Aorus gaming monitors, so when parent company Gigabyte announced plans to augment the range with more affordable alternatives, we looked on with anticipation. Fast forward a few months and the largest of the new offerings, the Gigabyte G32QC, has landed at HEXUS HQ for closer inspection. 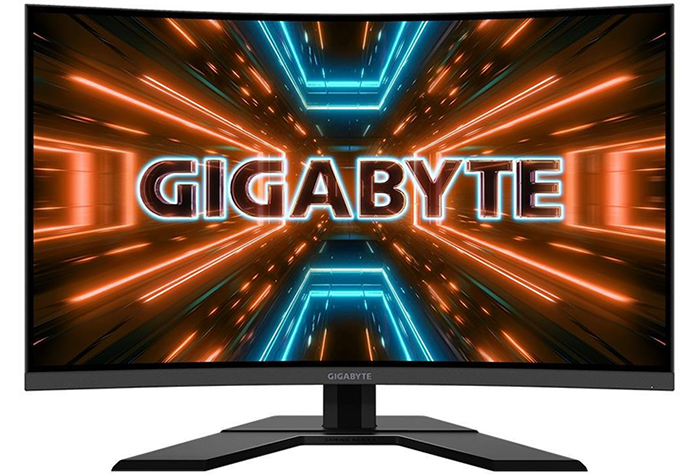 Let's start with the price tag. The G32QC is available for £400 which, given the volatile nature of today's marketplace, represents rather good value for money. Better yet, Gigabyte is running a promotion until the end of the month that allows buyers to claim up to £50 of Steam credit when purchasing the monitor from an eligible retailer.

Keen pricing is a key attraction, particularly when you consider the panel that you're getting. Gigabyte's 31.5in curved VA screen offers a 2,560x1,440 QHD resolution, 1ms response time, 3,000:1 contrast ratio and peak brightness of 350 nits. Solid numbers at this end of the market, and they're bolstered by 94 per cent DCI-P3 colour coverage, 178° viewing angles and a 165Hz refresh rate that's fast becoming the standard for VA displays of this size.

Keeping things buttery smooth is FreeSync Premium synchronisation in the 48-165Hz range with low framerate compensation, and though not yet officially listed by Nvidia, we can confirm that the G32QC is also G-Sync Compatible. It is a whole lot of monitor for £400, though at this price point don't expect excellence on all fronts. The subtle 1500R is neither here nor there - you might appreciate the gentle curve if you sit up close, but it isn't as immersive as on an ultrawide - and though the panel touts HDR400 certification, it doesn't have the chops to deliver a convincing HDR experience. The option is there if you want to dabble, but there's a strong possibility you'll choose to leave HDR disabled.

From the outside, we happen to prefer the Gigabyte aesthetic over the aforementioned Aorus. The matte-black plastic frame has a simple but sleek feel about it, and given there are no superfluous RGB lights, you wouldn't know it to be a gaming solution going by looks alone. The caveat is that Gigabyte's decision to go with a super-thin top section has resulted in an external 90W power brick; not a major inconvenience, but something to be aware of.

Overall dimensions of 7‎11mm x 552mm x 235mm make it a sizeable unit, though finding the perfect viewing position shouldn't be difficult as the stand offers 100mm of height adjustment and -5°/+20° of tilt. There's no ability to swivel, however the stand does attach via a regular 100mm VESA mount, meaning full compatibility with third-party mounting systems. Gigabyte's large base does eat up a fair amount of desktop real estate, but on the plus side, the monitor is firmly planted and exhibits little unwanted wobble.

Connectivity is well catered for through dual HDMI 2.0, DisplayPort 1.2, a two-port USB 3.0 hub and a headphone jack, though do note there aren't any built-in speakers. The absence of integrated audio is hardly an issue for the target audience, and seeing as gamers are more likely to tinker with settings, we like the fact that Gigabyte deploys a rear joystick for intuitive navigation of the OSD. 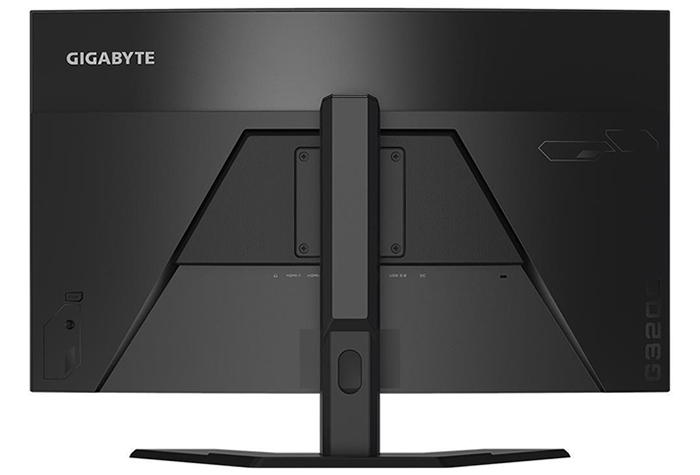 The G32QC is ticking a fair few boxes, but what's it actually like during daily use? Well, there's plenty of good, alongside a couple of niggles. Let's start with the latter first. Our review unit exhibits more backlight bleed than we're comfortable with. It is noticeable during dark scenes, and while quality may vary from one sample to the next, our monitor also suffers from a small cluster of dead pixels. It hasn't escaped our attention that this is the third sub-£400 monitor to pass through the HEXUS labs in recent weeks, and all three have exhibited an issue of some form.

Still, if you happen to get a good one, the large, 31.5in area does offer a terrific canvas for gaming. 165Hz FreeSync is in our estimation a sweet spot for smooth gameplay - higher speeds often come at the expense of horrid ghosting - and while those unwanted characteristics are still present, they aren't overly distracting. We preferred to game with the G32QC's overdrive setting cranked all the way up to Speed mode, which results in some overshoot but feels a decent compromise.

The advantages of VA technology are very much apparent - black levels and contrast are excellent - and we're encouraged to find that black crush has mostly been kept at bay. Gigabyte's non-glare coating is another plus point for gaming, though on the flip side, the QHD resolution and slight colour shift aren't ideally suited to productivity. A flat, higher-resolution IPS is likely to be a better fit if you plan to work by day and game by night. 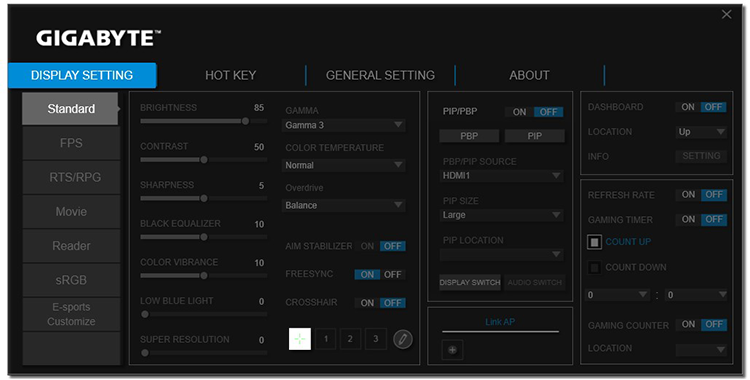 What's handy is that Gigabyte carries across the Sidekick companion app from its Aorus series. The software provides access to many of the monitor's settings from within Windows, and most of the gamer-specific enhancements remain present. These include black equaliser, aim stabiliser and a dashboard used to display vital system information. There's no active noise cancellation - that's reserved for the premium Aorus line - and, nitpicking somewhat, it is frustrating that the installer also preloads Gigabyte RGB Fusion, despite the absence of RGB lighting on this particular model.

Tempted to pull out the credit card? Let's run the benchmarks first.