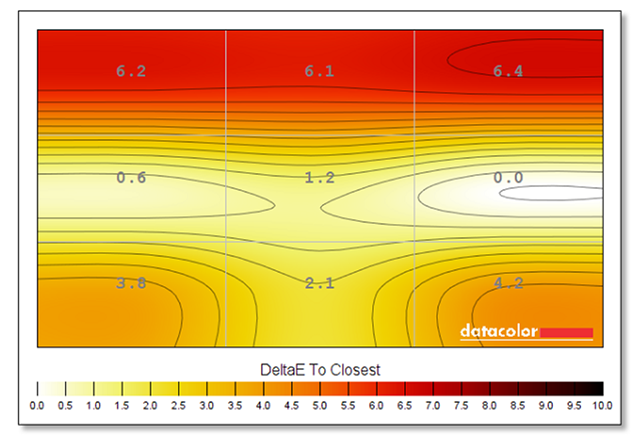 We've touched on uniformity being a weak spot, and the benchmarks serve as confirmation. We consider a score of less than five to be acceptable, but the Philips falls short of the mark across the top of the display. 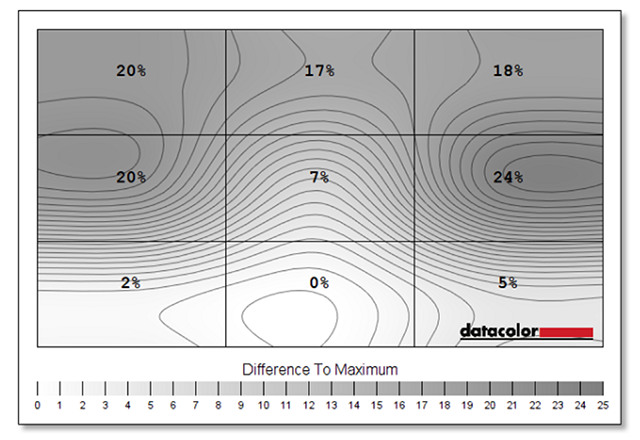 Luminance uniformity isn't ideal, either. Did we notice the variance while sat back and gaming? Not at all, but up close during regular work the bottom of the display does appear brighter than the rest, a consequence perhaps of having such a large edge-lit panel. 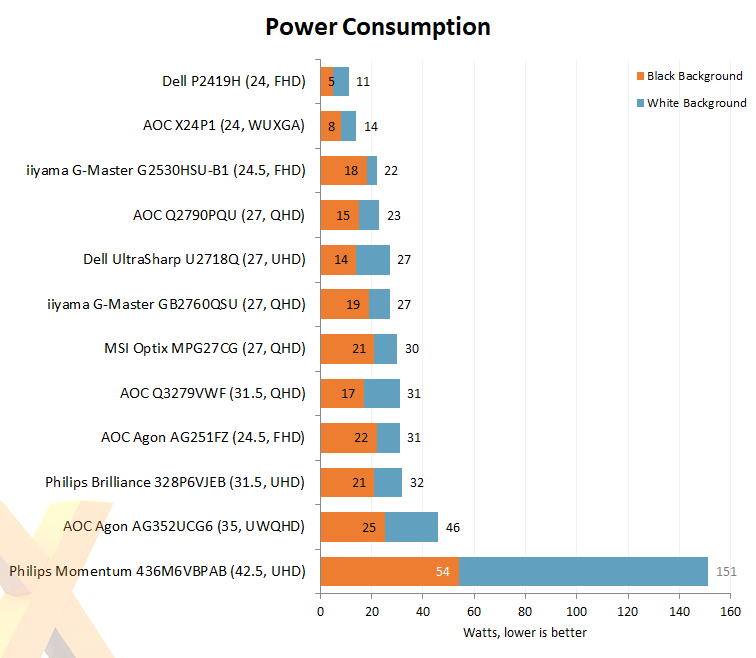 Epic brightness can work wonders for HDR, yet it also takes its toll at the wall. Power consumption is markedly higher than the other, admittedly smaller monitors in our line-up, and the Philips also kicks out a fair amount of heat. Do note that the above reading for a white background is an extreme, average power consumption using out-the-box settings is closer to 100 watts.