AMD's impressive Ryzen processors have successfully permeated every major avenue of the PC ecosystem. The turnaround in desktop market share has been dramatic, workstation-grade Epyc CPUs continue to nibble away at the server market, and those who pay attention to the latest announcements in tech will have noticed that, of the many laptops unveiled at CES 2021, a good amount were powered by AMD Ryzen hardware.

Laptops have traditionally proven a tough nut for the chip giant to crack, and though competition in the space remains fierce, there's no doubt that AMD has established itself as a key player alongside Intel and, now, Apple. Ryzen 5000 Series mobile processors, codenamed Cezanne, will carry the torch in the coming months, but in the meantime, the existing 4000 Series is achieving commendable results in systems from all the big vendors. 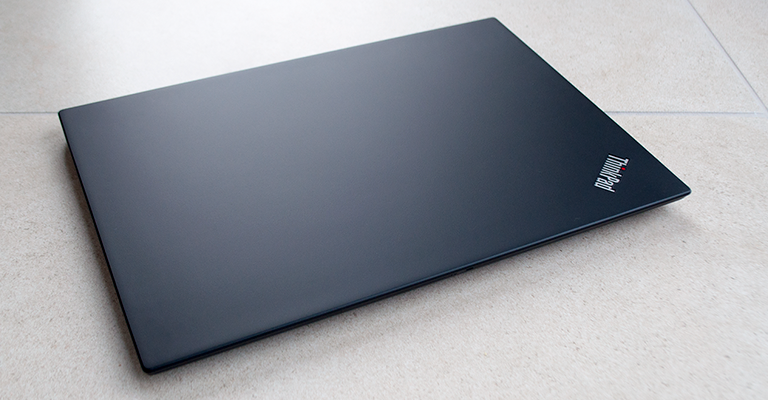 One such example is Lenovo's ThinkPad T14s, which adds Ryzen's many-core potential to the traditional business laptop to good effect. From the outside, it's a typically workman-like PC, with Lenovo's dark-black exterior exhibiting few frills and, arguably, no real flair. It's a plain-looking machine, but don't let the monotonous ThinkPad styling fool you; it is handsomely understated in the flesh and feels excellent in the hand.

Dimensions of 329mm x 226mm x 16.1mm are comfortable for a 14in solution, a weight of just under 1.3kg is easily transportable, and as a ThinkPad you expect build quality to be top-notch. Our review unit is suitably rigid throughout, there's good tension in the hinges, the lid can be opened with one hand, and Lenovo tells us all T14s laptops are tested against 12 military-grade requirements, meaning the likes of dust or extreme temperatures shouldn't be cause for concern. Better yet, if you do get into bother, it's helpful to know that the system is backed by a three-year warranty as standard.

You might be under the illusion that a ThinkPad only makes sense for executive types, yet while they lack the visual pizazz of, say, a HP Spectre or Apple MacBook Air, the Lenovo is a fine fit for most consumers. You may even argue that a ThinkPad is a better prospect on account of the overall feature set. 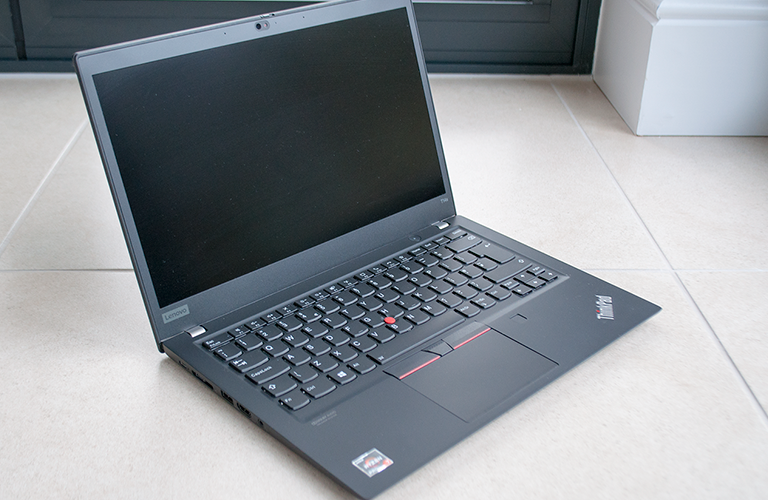 The backlit keyboard, in particular, is a star attraction. Though we've applauded the likes of HP and Microsoft for their keyboard efforts on recent machines, we continue to feel most at home when returning to a ThinkPad. The amount of key travel is spot on, the action feels fast and responsive, and there's little to criticise in terms of overall layout. A good-sized trackpad is similarly adept, as is the dedicated fingerprint reader, and though you may never use TrackPoint nub, you're almost certain to appreciate the dedicated physical buttons.

Another upside to the ThinkPad proposition is that connectivity tends to be a step-up from chic competitors. The laptop's left side is home to two USB-C (one of which is used for charging via the 65W external power supply), a proprietary dock connector, USB-A, HDMI and a combination audio jack. Over on the right there's a secondary USB-A, as well as a smart card reader, and around back is a WWAN slot that can also accommodate a microSD card. Everything the doctor ordered? Almost, but do be aware that neither USB-C supports Thunderbolt, and given that there's no full-size Ethernet, it's a shame Lenovo doesn't include a network adapter as part of the bundle.

None of the aforementioned should come as a surprise - ThinkPads are a known quantity with regards to build quality and input - but what makes the T14s particularly interesting is the choice of Intel or AMD hardware beneath the hood. As is often the case, Intel models are available in a wider choice of flavours, with prices starting from £1,190 for a quad-core configuration. Our AMD review unit, part number 20UH001AUK, fetches £1,540 at Lenovo's UK store and is headlined by an eight-core, 16-thread Ryzen 7 4750U processor.

The 15W AMD CPU brings with it integrated Radeon Vega 7 graphics, and is joined by 16GB dual channel DDR4-3200 memory, a 512GB Samsung PM981a M.2 SSD and a 14in low-power matte IPS display touting a 1,920x1,080 resolution and 400-nit brightness. A satisfactory mix, and Lenovo rounds out the package with an Intel Wi-Fi 6 AX200 wireless adapter, a 57Wh battery, and a relatively clean 64-bit install of Windows 10 Pro. 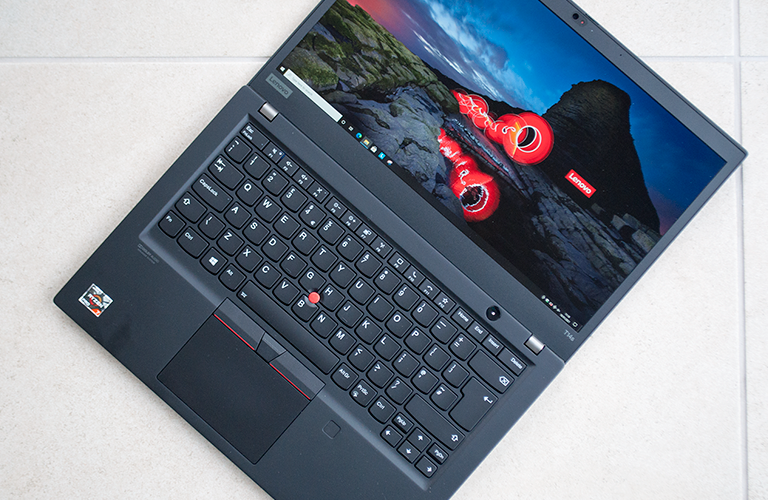 Plenty to appreciate, however a few upgrades would elevate the system from good to great. The AMD model isn't available with a touchscreen (at least not on the UK store), the display bezels could certainly be thinner, and though the 720p webcam includes a helpful privacy shutter, image quality leaves something to be desired. A shame, really, as both the microphone and speakers are above average for a system of this size, and better cameras are becoming a must for the at-home workforce.

This is a solid laptop that will exceed most users' needs, and if you consider the asking fee a bit steep, take a look at part number 20UH002LUK on the Lenovo website. It offers a seemingly identical specification - including the same CPU, 16GB of memory, 512GB SSD and full-HD display - for a far more favourable £1,186 price tag. We're struggling to tell what accounts for a £354 shift in price, and Lenovo's website is anything but clear. We've reached out to Lenovo for clarification, but if the specification is correct, the 20UH002LUK looks a comparative bargain.