Gigabyte's Aero 15 OLED stood out as one of the best high-performance laptops we tested in 2019. Outfitted with a hexa-core Core i7 CPU, GeForce RTX 2070 graphics and a stunning 4K OLED display, the 15.6in machine delivered both gaming and content creation credentials in a streamlined package chock full of potential. 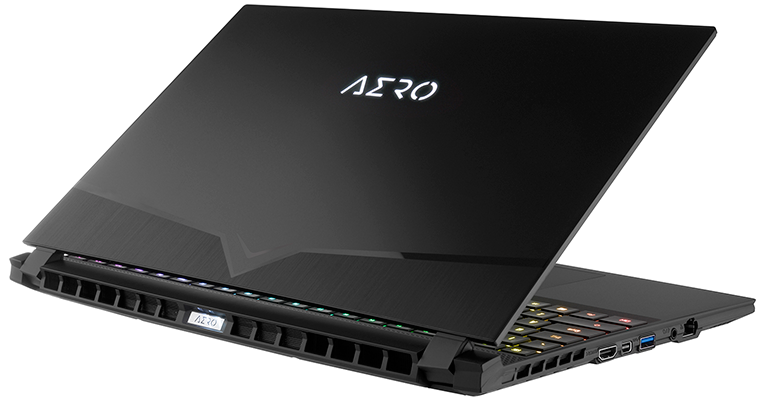 A faster, newer-generation Intel processor has historically been met with excitement, however the i7-10875H is best described as evolutionary as opposed to revolutionary. That isn't to say the latest 45W Core i7 is a bad chip - the eight-core part will fly through most workloads and serves as the CPU of choice for most high-performance laptops - but the 10th Gen upgrade feels like a stopgap ahead of greater things in the months ahead.

We've already seen Nvidia raise the bar for graphics with its next-generation Ampere architecture and look forward to its arrival on mobile, AMD Ryzen has become the sought-after choice for a growing number of consumers, and next-generation AMD CPU and GPU hardware is now within touching distance. Point is, there's a lot happening, and though the 10th Gen upgrade is welcome, part of us is already eager to see what Gigabyte's 2021 refresh will bring to the table. 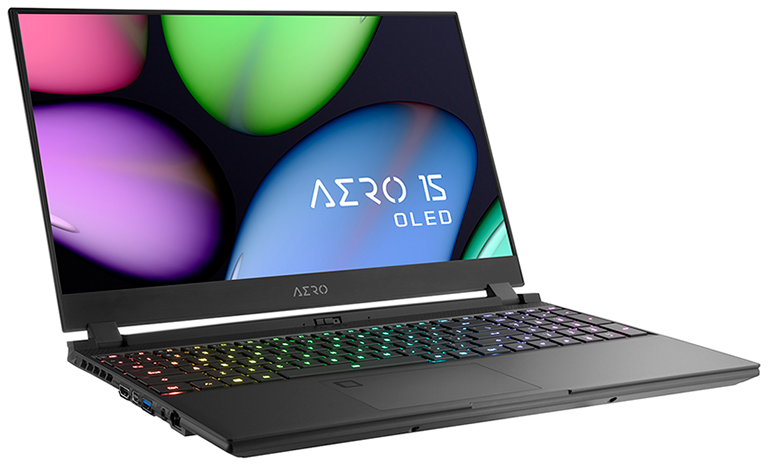 Still, there's always something new on the horizon, and if you're in the market right now, few high-performance laptops tick as many boxes as the current Aero 15 OLED. In addition to the potent CPU and GPU combo, there's a 512GB Intel Optane Memory H10 M.2 SSD (more on that later), 16GB of dual-channel DDR4-2933 memory and a 94Wh battery. As before, Gigabyte keeps connectivity well stocked through a combination of Killer Ethernet E2600 and Killer Wi-Fi 6 AX1650, along with plenty of choice in the I/O department, too.

The laptop's left side is home to HDMI 2.0, mini DisplayPort 1.4, USB 3.2 Gen 1 Type-A, a combination audio jack and Ethernet. Over on the right you have a further two USB 3.2 Gen 1 Type-A, Thunderbolt 3 Type-C, a UHS-II SD card reader and a connector for the external 230W power brick. The location of the power jack halfway down the right side isn't ideal - we prefer it further back, or to the rear of the laptop - but Gigabyte's port selection has most bases covered.

Aero 15 also happens to be a reasonably nice-looking piece of kit. Although gamer-orientated in appearance, the Aero 15 isn't as ostentatious as some of its gaming rivals, and though it lacks the overall sleekness of, say, a Razer Blade, Gigabyte's 3‎56mm x 250m x 20mm chassis strikes a decent balance between gaming and business use. Weighing just over 2kg, it fits easily into a rucksack and wouldn't look entirely out of place at the next office meeting.

Aside from the CPU upgrade, not a lot else has changed, and that means the Aero 15 is still fantastic in certain areas, with room for improvement in others. In the positive column, performance across the board is impressive, the Nahimic-powered speaker system packs a pleasant punch, and the 4K OLED display is still a star attraction with crisp visuals, vibrant colours, excellent accuracy and deep, deep blacks. Even the full-size RGB keyboard and trackpad offer little to criticise, with the latter including a responsive fingerprint reader.

There are a couple of familiar caveats, however. Noise from the dual-fan cooling configuration is still noticeable at all times - the laptop is rarely quiet - and though the webcam has a useful privacy shutter, it remains awkwardly positioned below the display, where we find it to be of little-to-no use. That's a shame given how many more Zoom/Skype/Teams meetings we're taking part in these days, and don't be fooled by the clean-looking stock pictures; there are five unnecessary stickers littering the palm rest and display bezel on our review unit. That's five too many by our reckoning.

These are minor criticisms in the grand scheme of things, and the stickers are no reflection of the software, with Gigabyte applying a relatively clean 64-bit install of Windows 10. You still get Gigabyte's Azure-powered AI utility, which attempts to boost performance in recognised applications at the expense of fan noise, but there's little in the way of bloatware and as a nod toward creators, Nvidia's Studio Driver is the default GPU driver of choice. 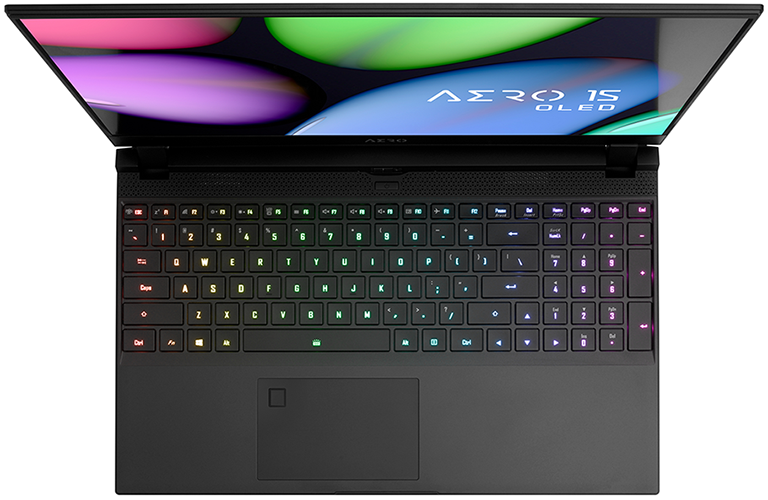 Gigabyte clearly sees the OLED laptop as a productivity powerhouse first and foremost, but it is difficult for a mobile 15.6in PC to tick every relevant box for both creators and gamers. The OLED display favours the former, while the latter are arguably better served by a FHD 144Hz model, and though both support Nvidia Optimus, Gigabyte hasn't used this opportunity to bring G-Sync into the fold through Advanced Optimus.

The 10th Gen refresh can ultimately be considered conservative, yet this remains one of the most potent 15.6in laptops on the market. Let's run the new model through our revamped benchmark suite and see how it stacks up.