10th Gen Intel Core H-Series processors have officially landed. Codenamed Comet Lake, the new parts promise to deliver "amazing gaming" while pushing the performance boundaries of today's thin-and-light enthusiast laptops. That's the theory, only, the fanfare that used to accompany new Intel processor launches has been diminished to such an extent that it has become difficult to differentiate one generation from another.

The chip giant's fabrication woes have been well documented, and with Intel Core being marooned in 14nm waters, the 10th Gen product line can be deemed another layer of polish on an architecture whose roots date back to Skylake introduced half a decade ago. Disappointing for hardened gamers hoping for a significant 10th Gen upgrade? Perhaps, yet Intel's influence in the sector is such that a huge number of partners are bringing refreshed laptops to retail. Armed with the latest Comet Lake CPUs, Gigabyte is quick out the gate with an upgraded variant of its Aero 17 HDR. 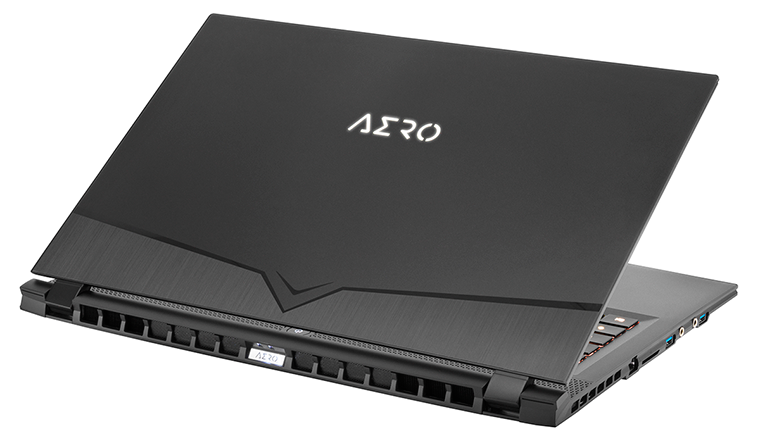 From the outside it doesn't seem as though much has changed, and that's a good thing. A 9th Gen model, reviewed six months ago, was generally well received as a 17in powerhouse that ticks most of the right boxes. Gigabyte's 396mm x 270mm x 21.4mm dimensions are identical, and the sleek-black chassis continues to find a useful balance between gaming aggression and productivity workhorse. It's a tidy-looking piece of kit, and for a 17in laptop reasonably light at 2.5kg.

As before, a choice of configurations will be made available, with pricing for 4K HDR models starting at £2,300 with a Core i7 processor and RTX 2060 graphics, and rising to a whopping £4,500 with top-end Core i9 and RTX 2080. Our £2,700 review unit seems a more sensible bet and still packs plenty of firepower.

At the helm is a 10th Gen Core i7-10875H processor with integrated Intel UHD graphics. The 45W chip touts an eight-core, 16-thread configuration, which is interesting insofar as octo-core H-Series parts were previously limited to the premium Core i9 line. Putting that into perspective, the Core i9-9980HK featured in last year's Aero 17 HDR carries a recommended customer price of $583. The Core i7-10875H fetches $450 while offering the same number of cores and increased speeds. 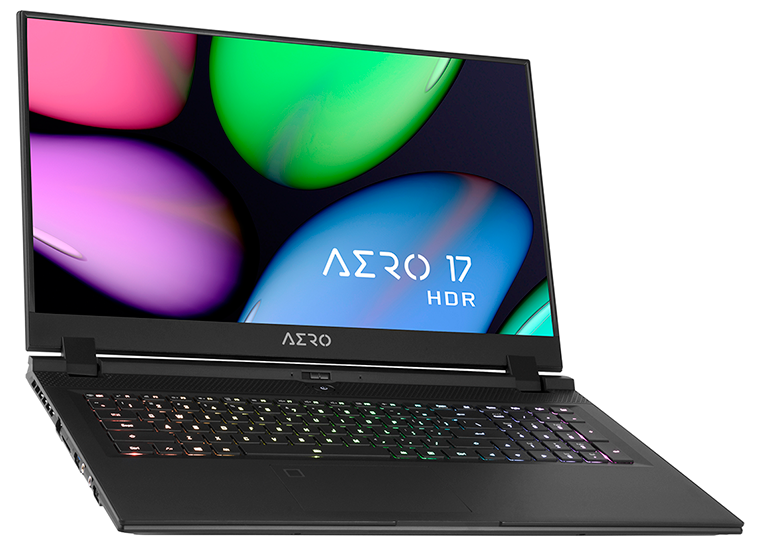 Prices are heading in the right direction, and so too are frequencies, albeit gently. Base and boost clocks on the Comet Lake chip have both been heightened by 100MHz, climbing to 2.3GHz and 5.1GHz, respectively, and Gigabyte takes advantage of faster memory support by equipping the laptop with 16GB of dual-channel DDR4 at 2,933MHz (up from 2,666MHz). Core i7-10875H is ultimately a fine fit for a system of this ilk, yet it's a sign of the times that Gigabyte may have missed a trick in not releasing an AMD Ryzen variant. We imagine we're not the only ones curious to see the Aero 17 equipped with, say, a Ryzen 9 4900H.

Intel's 10th Gen chip may be the primary selling point, yet there are arguably more meaningful upgrades elsewhere. The 512GB M.2 SSD has been swapped from an Intel 760p to a quicker Samsung PM981, and discrete graphics are bolstered by a new line of Nvidia GeForce RTX 'Super' GPUs.

Gigabyte's Aero 17 HDR review unit packs a GeForce RTX 2070 Super Max-Q 8GB, whose 2,560 processor cores represent a healthy 11 per cent increase over the regular 2,304-core RTX 2070 Max-Q. Peak core frequency does drop a fraction, from 1,185MHz to 1,155MHz, yet the increase in core count ought to deliver decent gains, and Nvidia is bringing a few other intriguing features to the graphics table. 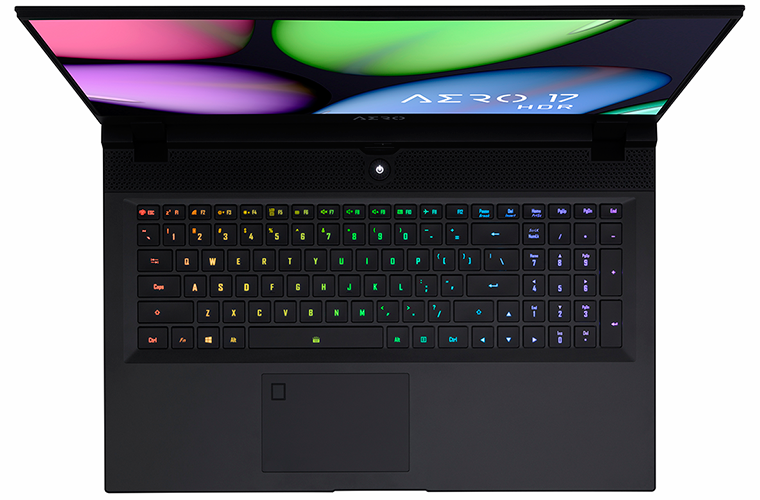 The first, Max-Q Dynamic Boost, purports to automatically bolster in-game performance by "intelligently balancing power between the GPU and CPU on a per-frame basis." The idea is to give the GPU a little extra juice when GPU-bound frames are the obvious bottleneck, and Nvidia's internal benchmarks suggest gains of up to 10 per cent in the right scenario.

Secondly, there's Advanced Optimus, which finally allows users to enjoy Optimus battery-saving and G-Sync adaptive framerate technology in the same laptop. The two have been mutually exclusive up until now, but through the use of a dynamic hardware switch, Advanced Optimus is able to control which GPU is connected to the display to ensure a tear-free experience when the GeForce is pulling the strings.

Helpful tech, though don't get too excited just yet. Max-Q Dynamic Boost requires hardware and system tuning that OEMs will need to implement on a per-platform basis. How many OEMs choose to tap in to the tech remains to be seen, but right now, the Gigabyte Aero 17 HDR supports neither Max-Q Dynamic Boost nor Advanced Optimus. A shame, but not entirely unexpected as Gigabyte views this particular model as a productivity solution first and foremost. RTX 2070 Super Max-Q's 40 RT cores and 320 tensor cores bode well for GPU-accelerated rendering and ray-tracing, and creator-optimised Nvidia Studio drivers are installed by default.

Everything But The Kitchen Sink

Outside of the under-the-hood components upgrades, this is the Aero 17 HDR as we know it. Readers are encouraged to revisit our prior review for a more thorough tour of the system's key features, but as a recap, the 17.3in IPS display is a highlight, with 3,840x2,160 resolution, DisplayHDR 400 certification, 100 per cent Adobe RGB coverage and X-Rite Pantone colour calibration for top-notch out-the-box accuracy.

Given the size of the unit, Gigabyte sensibly leaves no stone left unturned when it comes to connectivity. The laptop's left side is home to Gigabit Ethernet (Killer E2600), a UHS-II SD card reader, two USB 3.2 Gen 1 and a pair of audio jacks. On the right you'll find a third USB 3.2 Gen 1, Thunderbolt 3 Type-C, USB 3.2 Gen 1 Type-C with DisplayPort, HDMI 2.0 and a connector for the 230W power supply. Even wireless duties are bang up to date, courtesy of a Killer Wi-Fi 6 AX1650 network card.

The 720p webcam, positioned at an angle beneath the display, continues to offer a poor experience, however the keyboard, trackpad and speaker system are well above average for laptops in this category. Gigabyte's 2020 model ought to be an even better place to work and play, so let's run the benchmarks and see what's what.