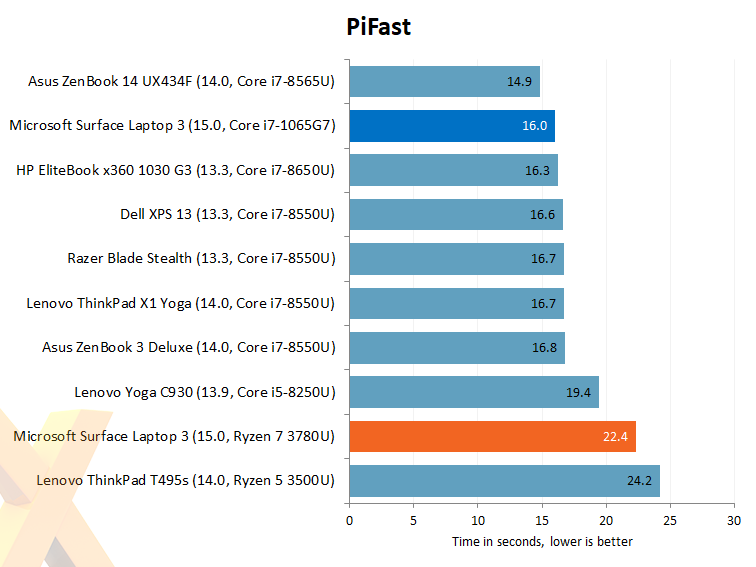 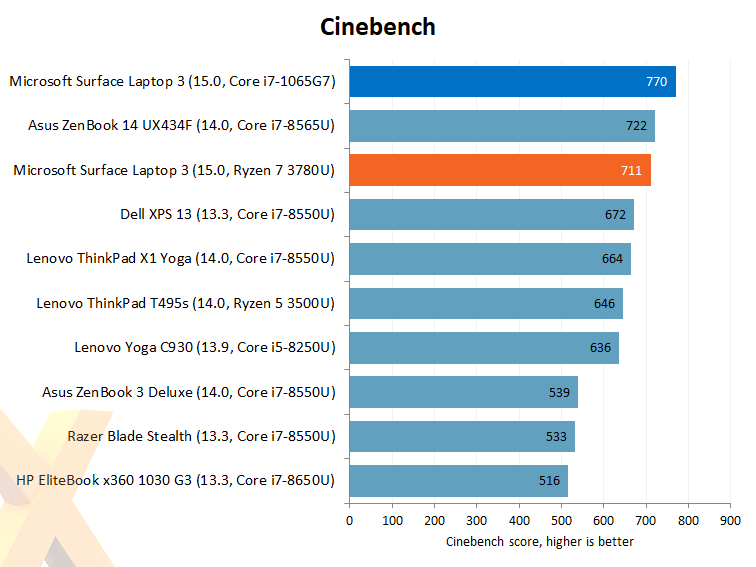 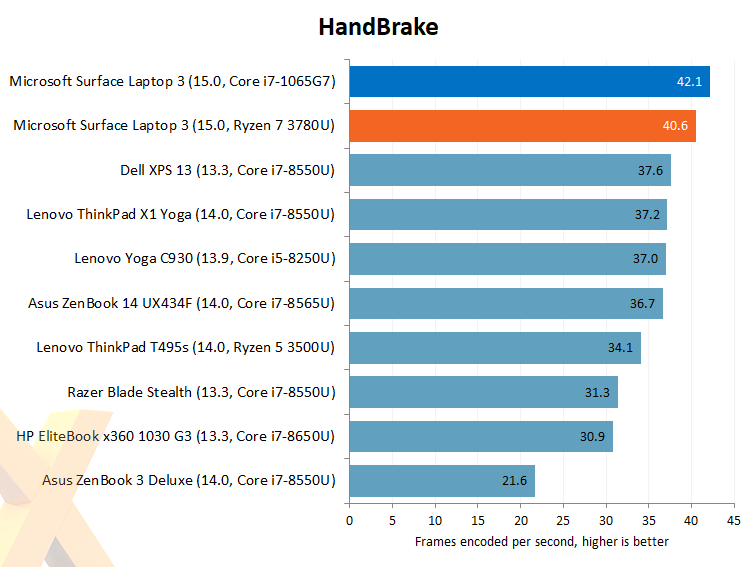 We are comparing the latest 15W four-core, eight-thread parts from AMD and Intel, and the results aren't unexpected. Intel's IPC advantage gives the Core i7 a healthy lead in single-threaded PiFast, however when all cores are put to the wire in Cinebench and Handbrake, there's little to separate the two.

Intel wins this round, yet we come away from the CPU benchmarks feeling as though AMD has managed to get reasonably close with very little effort. The Ryzen 7, remember, is based on the older Zen+ architecture, and it will be interesting to revisit the benchmarks when mobile parts based on the newer Zen 2 core become available.