It's the glimmer of hope that kills you, isn't it? Each time a new graphics card is launched alongside the promise of improved stock, you get a sense that some folk may actually be able to grab one. The reality is that GeForce RTX 3060, introduced last week, mirrored every other major GPU launch from the past six months. Retailer listings went live, prices quickly escalated to way above the RRP, and then suddenly there's no stock available anywhere other than Ebay. Rinse, repeat.

There's clearly plenty of frustration out there - it has been fascinating to hear about our readers' own experiences - and there doesn't appear to any imminent solution. 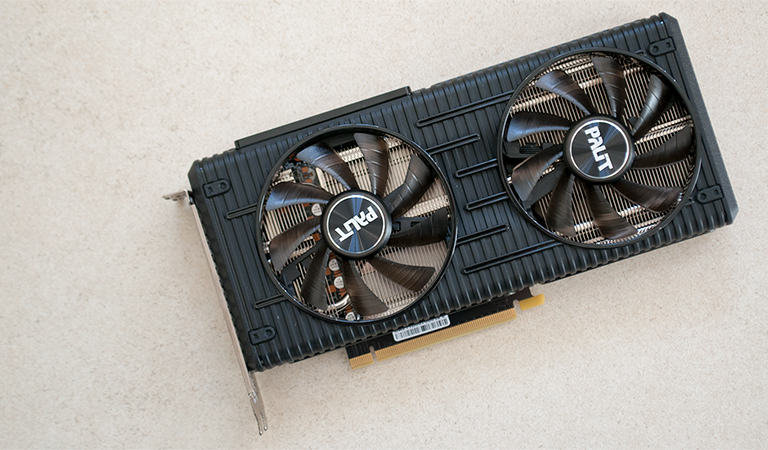 Such strange circumstances make the review process seem almost futile, yet stock levels will, surely, rise at some point, and when they do it is logical to assume that RTX 3060 will prove a popular destination. Aiming to offer latest-generation Ampere goodness for under £300 - a first on desktop - the GPU is a prime pick for users migrating from older, pre-RTX hardware.

There's also good news for AIB partners in there's no Nvidia Founders Edition occupying the limelight, and all the big names have stepped up with a wide range of custom designs. Palit's arsenal has four models, including the intriguing StormX - a single-slot, ultra-compact design for small-form-factor PCs - and the more familiar Dual. Each is available in regular and OC variants, and it's the Dual OC that has spent the past few days inside our trusty Ryzen 9 test platform. 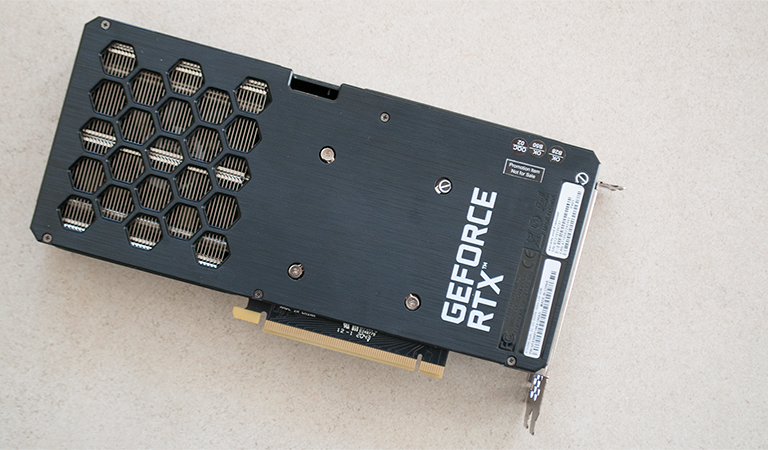 Look familiar? That's because Palit has borrowed the same cooler as the RTX 3060 Ti model, albeit with a subtle tweak to RGB lighting. This time around, only the GeForce RTX branding across the top edge is illuminated, which is a shame as the LEDs surrounding the honeycomb pattern on the Ti variant work quite well.

Lighting aside, board dimensions are practically identical at 245mm x 119mm x 40mm and though the plastic shroud feels lightweight in parts, it's nice to see a backplate included as standard. Palit's all-black design is likely to suit most builds, and a dual-fan cooler of this size will have no trouble taming the small underlying 276mm² GA106 GPU. 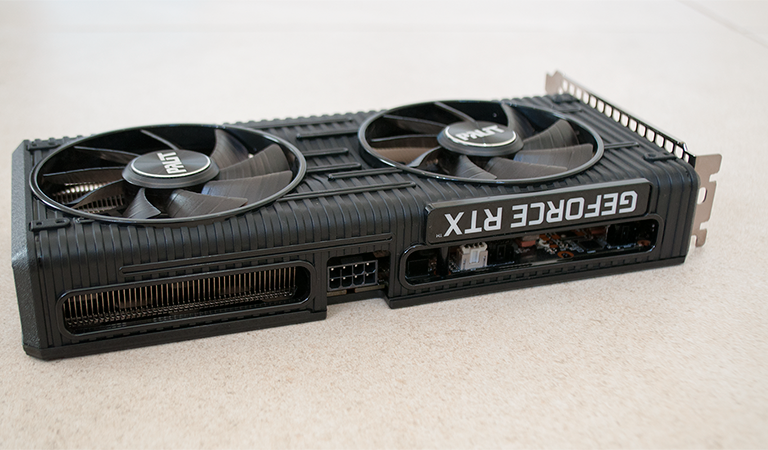 Both 90mm fans switch off at low load, with reasonably smooth transitions between on/off states, and given that the PCB ends just after the eight-pin PCIe power connector, it's safe to say the magnitude of the cooler is overkill for a card of this ilk. Still, that full-length aluminium heatsink isn't going to do any harm, but it's a shame Palit didn't do more to hide the internal fan header and cables. Clearly visible through the cutout in the shroud, they detract from the overall finish when the card is mounted horizontally.

An 'OC' designation reveals an out-the-box enhancement, and it is no surprise to find the Palit card shipped with the exact same frequencies as the recently reviewed Gigabyte Gaming OC. Boost clock climbs from 1,777MHz to 1,837MHz, while the surprisingly large 12GB frame buffer remains glued to 15Gbps. Healthy numbers, though what's written on the box doesn't always translate to what you see in the real world. In our labs the Gigabyte card managed an average in-game frequency of 1,995MHz during testing, while the Palit settled in at around 1,930MHz. 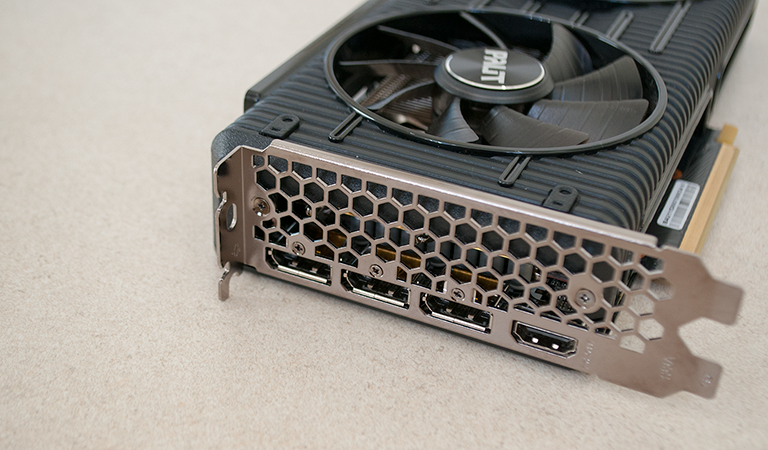 Display outputs comprise the familiar quartet of three DisplayPort 1.4 and a single HDMI 2.1, and from an implementation perspective there's not a great deal more Palit could do.

The caveat, we suppose, is that the OC variant is intended to fetch a small premium over the most basic £299 models, and going by what we've seen thus far, we're not convinced a 3,584-shader RTX 3060 has the chops to command price tags above the £300 mark. Then again, in today's climate, the right price is arguably the one that folk are willing to pay, and cards continue to fly from the shelves for vastly inflated sums.