Nvidia giveth, and Nvidia taketh away. RTX 3080 arrived with the promise of superlative performance at an agreeable price that took us all by surprise, but in the weeks following launch a feeling of too good to be true has taken hold. Finding an RTX 3080 or RTX 3090 in stock has proven extremely difficult, and even as we write, the virtual shelves of all the popular retailers continue to lay bare.

The firm's army of partners are hoping that third time's a charm and as expected all the big names are showing up in full support for RTX 3070. Here's a closer look at MSI's flagship SKU, the Gaming X Trio. 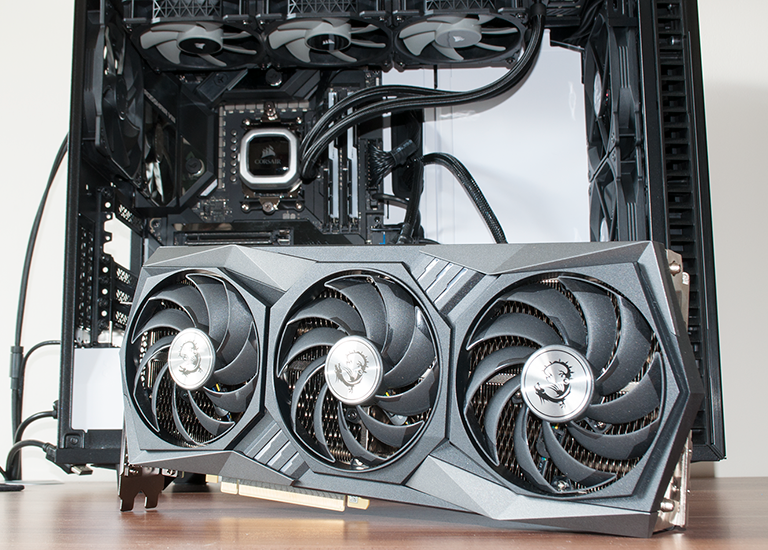 In keeping with its 340W RTX 3080 and 370W RTX 3090 efforts, the familiar and highly-capable triple-fan cooler is easily transported over to this 240W RTX 3070. The triple-fan behemoth has delivered stable frequencies, low temps and little in the way of noise on every Ampere GPU to date, and we have no reason to suspect the more frugal third-rung GPU will behave any differently.

If anything, we'd argue that perhaps an RTX 3070 need not be quite so bulky. Dimensions of 323mm x 140mm x 56mm feel excessive on a card of this ilk, as does a weight of nearly 1.5kg. MSI is keen to point out the robust build quality, yet while the graphene backplate and anti-bending strap promise high-end rigidity, they alone don't do enough to prevent the card from drooping away from the PCIe slot. Those wanting to keep it straight will want to employ the bundled support bracket, which makes an already large card appear gargantuan. 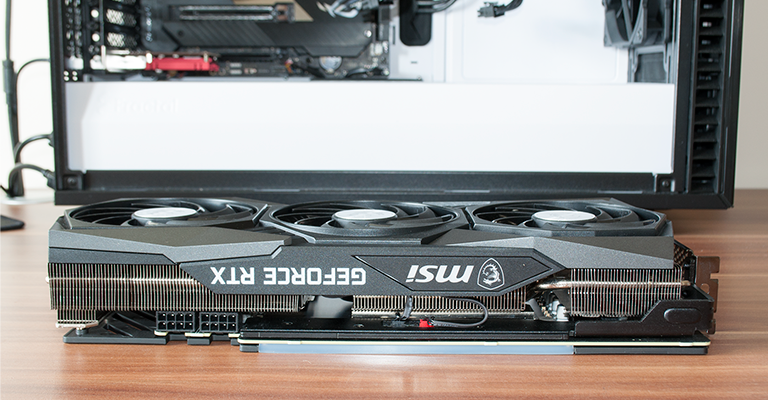 Still, there are other good reasons to go big. MSI's triple-fan setup delivers excellent cooling credentials - our benchmarks will attest to that - and the card's acoustic profile is exemplary. All three fans switch off at low load, they spin up so smoothly that you tend not to notice the transition, and when temperature climbs they emit little more than a gentle hum. It is both cooler and quieter than Nvidia's revamped Founders Edition, and so it should be given the size of that full-length heatsink.

We've tested enough Gaming X Trio cards to know that cooling performance was never in question, and as you'd expect, there's a core overclock right out of the box. MSI raises the stakes from 1,725MHz to 1,830MHz, which looks quite a tasty prospect on paper, but real-world performance isn't always indicative of what's written on the box. Inside our test platform, the RTX 3070 Gaming X Trio routinely boosts to between 1,900MHz and 1,920MHz, which is fractionally higher than the Founders Edition but not enough of an increase to significantly shift performance. The 8GB of GDDR6 memory, meanwhile, operates at the default 14Gbps. 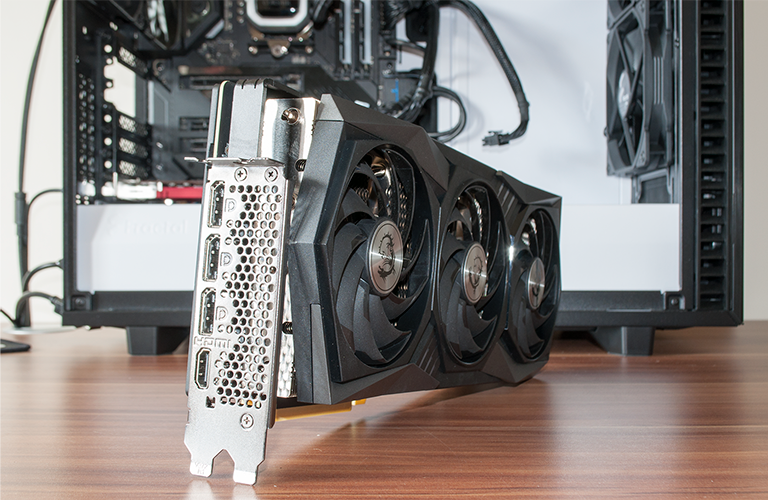 We don't expect any add-in board partner to mess with the outputs. MSI toes the company line with a single HDMI 2.1 and three DisplayPort 1.4a. As before, the single card can drive up to 4K120 or 8K60 from one cable, meaning there's little concern about bandwidth irrespective of which monitor you're using.

Elsewhere, SLI connectors are conspicuous in their absence - Nvidia is reserving the increasingly niche multi-GPU tech for its flagship RTX 3090 - and as is often the case on custom Gaming X Trio designs, MSI doesn't skimp on power with two eight-pin connectors located on the upper-right corner of the black PCB. 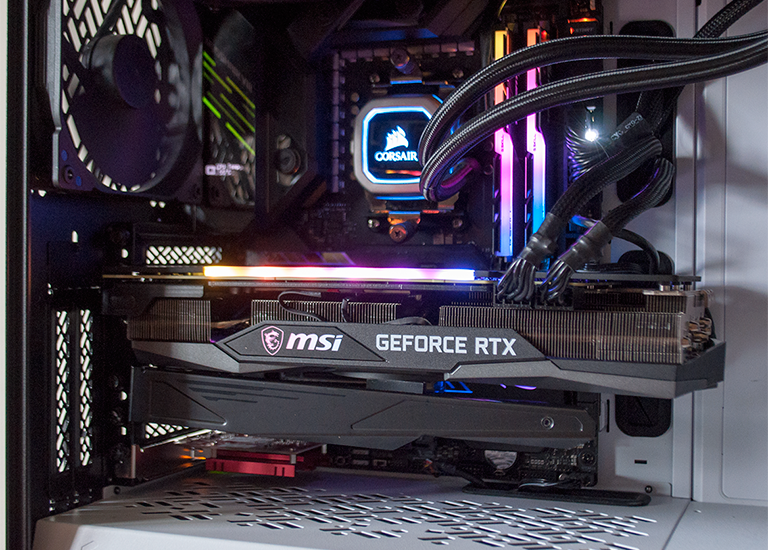 MSI still hasn't smoothed out the RGB light bar - each individual light source is clearly visible - but as far as partner cards go, few in our estimation are as well-rounded as the Gaming X Trio. The one obvious caveat is that MSI's best effort tends to attract a premium, and we're curious to learn whether or not pricing will remain competitive in the weeks following launch. We're told to expect an MSRP of £539, representing a £70 premium over Nvidia's Founders Edition, but readers who have followed the Ampere launch will know that suggested retail prices on day one should be taken with a barrel of salt. In common with others, stock of this model is non-existent, and we expect only a few cards to be available in the next month or so. Paper launch, anyone?

Right, who's up for some benchmarks?