Lara Croft is back in an epic adventure that takes you through Mesoamerica to the lost city of Paititi. In Shadow of the Tomb Raider you can expect mesmerising landscapes to traverse, plenty of weapons to master, and of course, as one of the first games to support ray-traced shadows, this is an ideal title for testing your new GeForce RTX hardware. 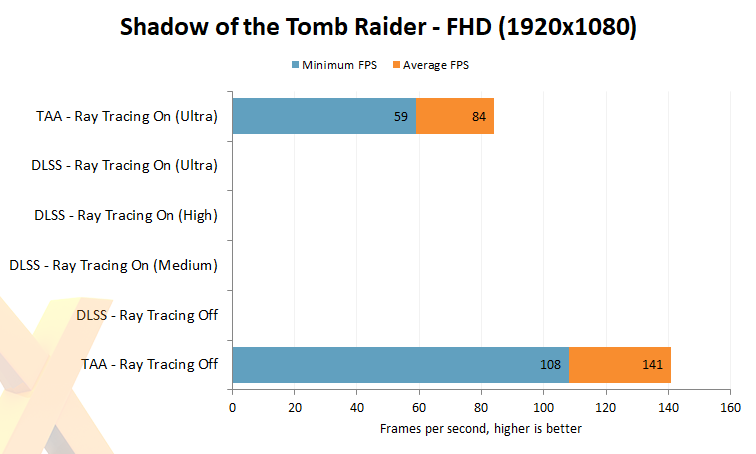 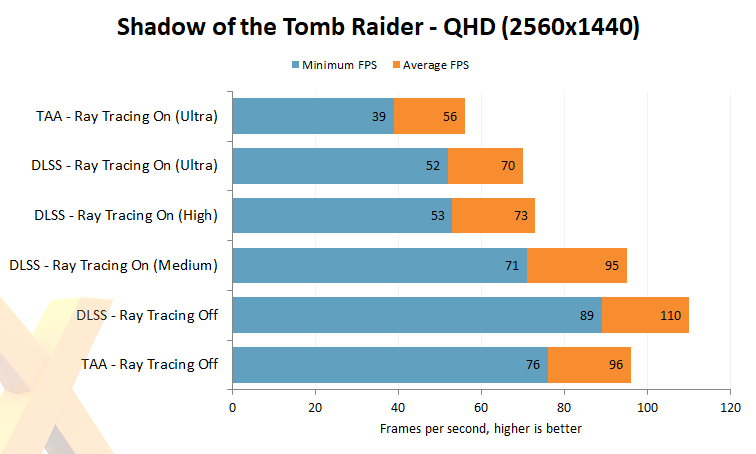 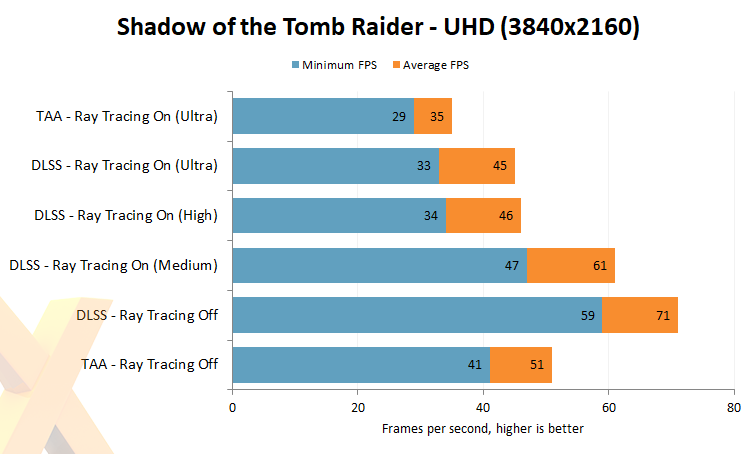 It's worth investigating how RTX-specific features such as DLSS and ray tracing hold up for this second-rung gaming card. RTX-optimised titles exact varying tolls on performance, depending upon just how much of the scene benefits from real-time ray tracing.

Shadow of the Tomb Raider is one of the easier engines for GeForce RTX, because its improvements are limited to shadows. From looking at how it works compared to running straight-up rendering, we reckon that only the ultra ray tracing preset makes sense: high and medium don't provide enough of a discernible quality difference to be worth it. On the point of DLSS, it's certainly at least as good as TAA, visually.

One idiosyncrasy of GeForce RTX is that certain cards are limited with respect to the resolution that they can run DLSS at. For example, the review RTX 2080 Super cannot run DLSS at FHD (1,920x1080). Why? Because its Tensor Cores cannot keep up with the high-ish frame rate, according to Nvidia. This is why you don't see DLSS results in the first graph. Kind of annoying, right?

Takeaways. There's a pretty substantial hit when turning ray tracing to ultra at FHD - average frame rate drops from 141fps to 84fps, which is still good enough for fluid gameplay.

Looking at QHD, the baseline result is an average 96fps. Our preferred combination of DLSS and ray tracing (ultra) drops this to 70fps, a figure that is still acceptable for those ever-so-smooth shadows.

Moving on up to UHD, there isn't much of a performance hit for applying DLSS and ray tracing (ultra), though it's hard to ignore the massive frame-rate hike when using just DLSS alone.

We'd still probably choose the combination of DLSS and ultra-level ray tracing, for image quality that the current crop of Radeons cannot replicate.