Intel provided us with a 3rd Generation Xeon Scalable turnkey 2U server for technical evaluation.

Known as a software development platform, Intel ships these boxes to customers interested in the next-generation hardware. In particular, this is an Intel Server System S2W3SIL4Q featuring a dual-socket Intel Coyote Pass motherboard. 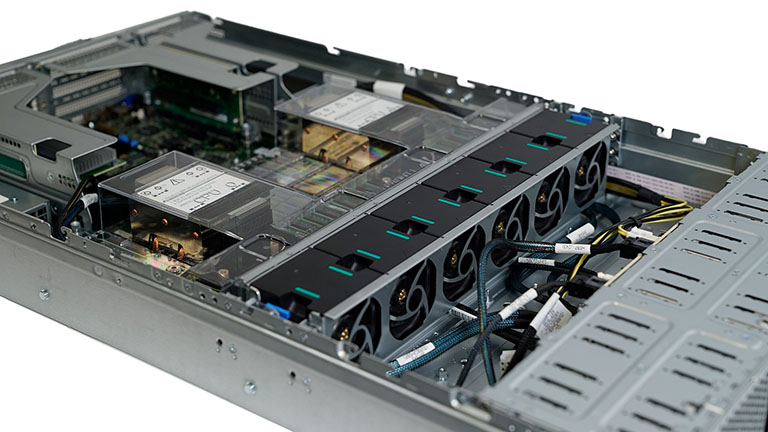 It's all well-built and indicative of a high-spec system. The two CPU sockets have forced air funnelled over them from a six-fan array in the middle, which is typical of a reference system. 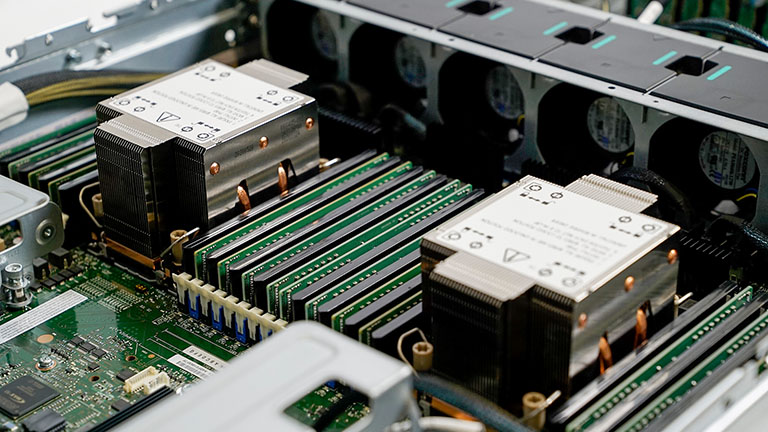 The two sockets can each handle the top-spec 270W processors. Underneath both are Xeon Platinum 8380 chips housing 40 cores and 80 threads, making this the most impressive 2P socketed box Intel has ever released. 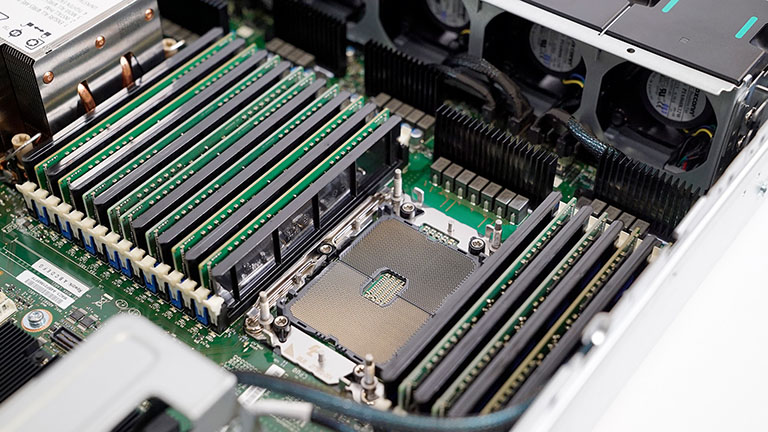 The server comes packed with 16 DIMMs running at DDR4-3200 speeds and carrying 32GB each. Though we had no chance to test it, Intel also provides 16 Optane Persistent Memory 200 Series modules with 128GB each (2TB in total), designed to bridge the speed gap between traditional DRAM and Optane/regular SSD storage.

That LGA 4189 socket is a known quantity since Cooper Lake but it still looks impressive nonetheless. It's worth knowing the processor upgrade path appears to be non-existent as the next generation Xeon hardware known as Sapphire Rapids that sits on top of the Eagle Stream Platform is mooted to use an even larger socket - LGA 4677 - supporting DDR5, PCIe 5.0. If you like your platform names, going generation by generation, Purley, Whitley and Eagle Stream use unique sockets. 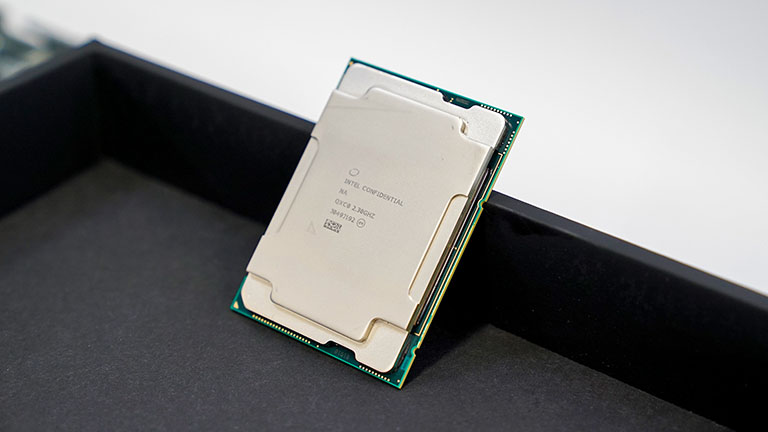 For now, here is one of the two Xeon Platinum 8380 CPUs in its heatspreader-clad glory.