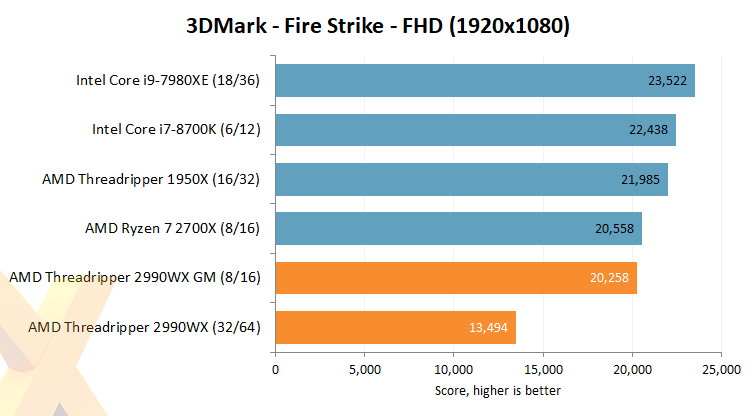 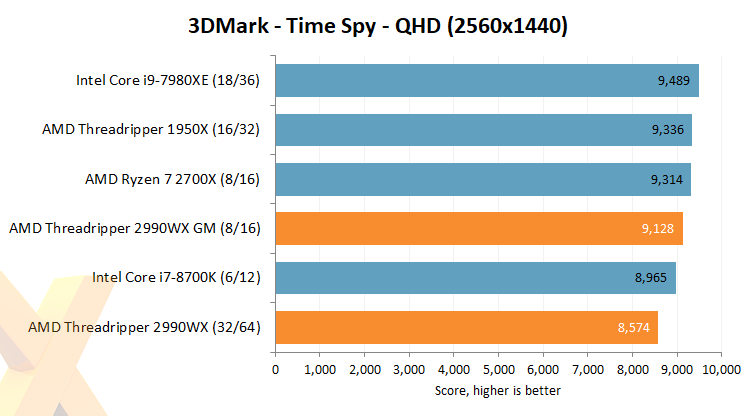 What's going on here? Run in its out-of-the-box guise with 32 cores and 64 threads active, the 2990WX chip doesn't perform well in gaming. The reason for this, according to AMD, is that gaming applications generally don't like having so many threads at their disposal.

The cure is to switch the CPU to Game Mode via the Ryzen Master utility. Doing so disables a number of cores - there are varying degrees of core switching available - and putting it into 8C/16T mode makes the 2990WX resemble a Ryzen 7 2700X.

Trouble is, switching modes requires rebooting the PC, and vice-versa if you want the full complement of 32 cores back for rendering. At best we'd describe the mechanism as clunky. 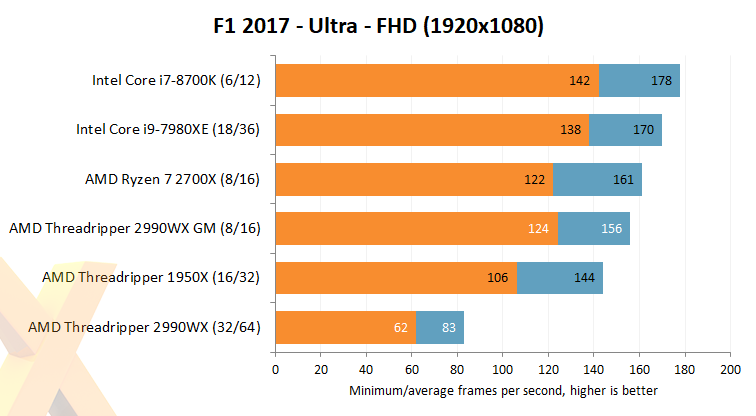 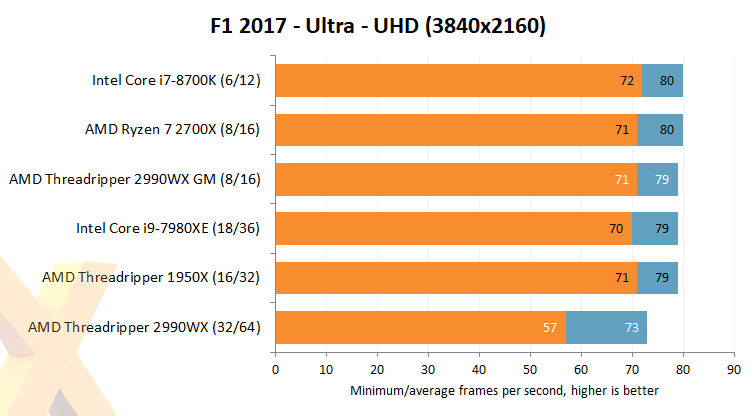 A similar story evolves in F1 2017, too. You're going to lose a chunk of low-resolution performance in standard mode but get most of it back in Game Mode.