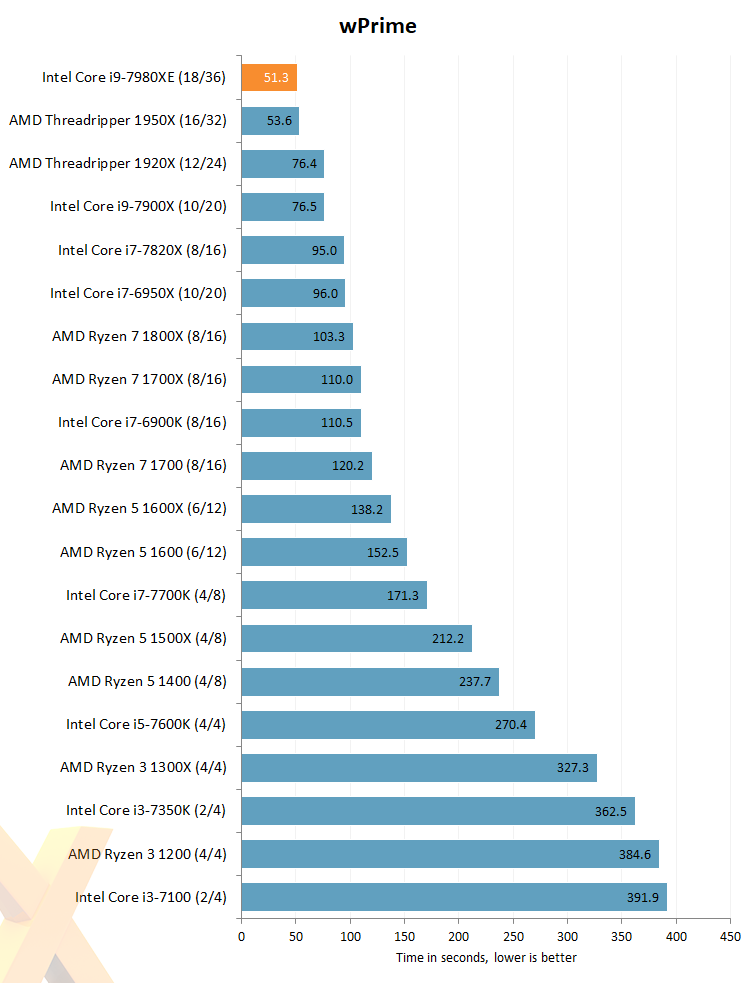 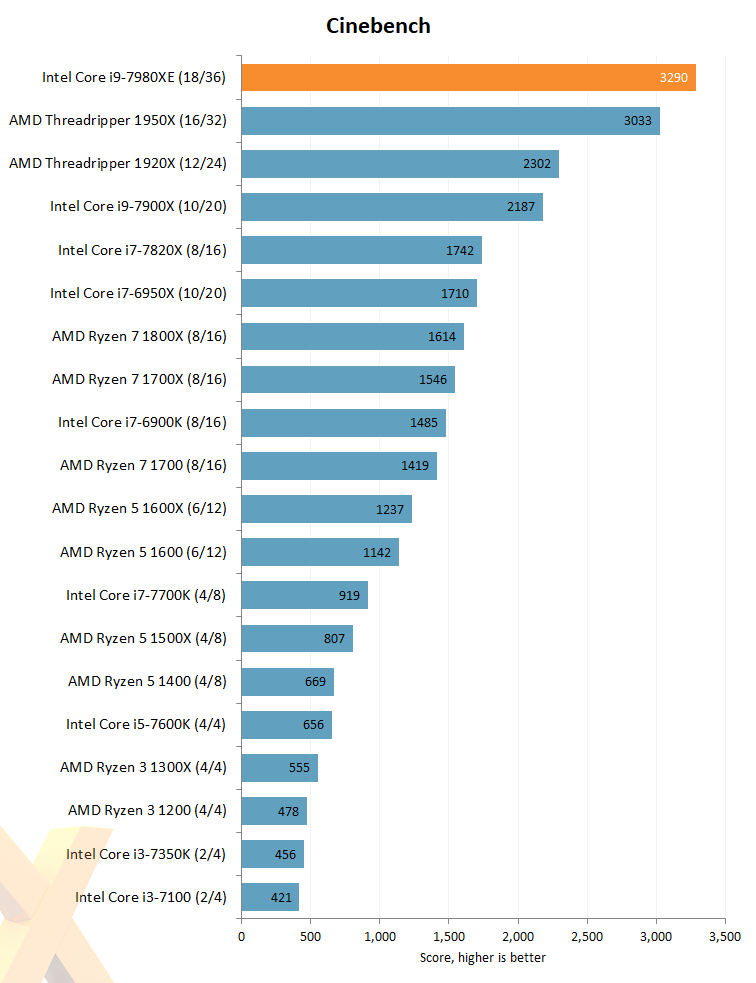 This is more like it. Intel has a core/thread advantage over Ryzen Threadripper 1950X but runs the 18 cores at a lower speed. That combination is still enough to beat out AMD's best, which, remember, costs half as much.

Cinebench shows a similar story, as Intel's finest sets a new stock-speed record. AMD will counter with the assertion that you can have 90 per cent of the truly HEDT performance for much less. Can't really argue with that.

We also ran a subset of chips on the many-core-aware Blender benchmark. The Core i9-7980XE also sets a new record by taking 20 seconds off the Threadripper 1950X's time.