High-performance towers and liquid all-in-ones tend to hog the limelight when it comes to CPU coolers, but there are instances where other form factors warrant consideration. Top-flow coolers can be useful where height restrictions come into play, and also have the added benefit of providing additional airflow for nearby motherboard components.

We've always thought it a shame that top-flow solutions are rare to come by these days, so our interest was piqued when German cooling specialist be quiet! offered to send in its new Dark Rock TF 2. 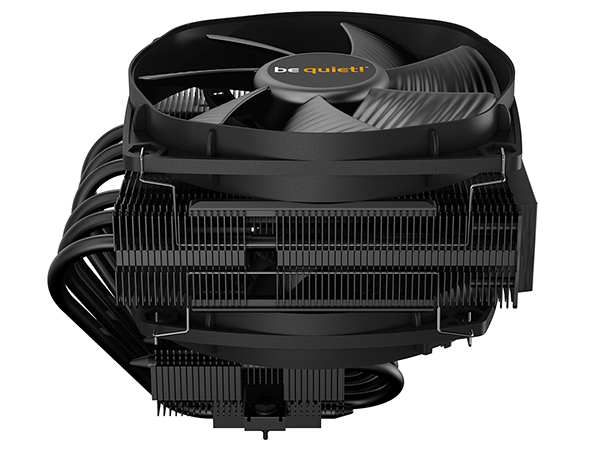 Priced at £80 and launched as a successor to the 2015 original, this second-generation model promises "extreme cooling performance for the CPU and surrounding components as well as virtually inaudible operation." Sounds right up our street, and the 230W cooling capacity (up from 220W on the first-gen Dark Rock TF) ought to be a fine fit for the Ryzen 9 5950X currently residing in our test platform.

In this day and age cooling performance has to go hand-in-hand with stylish aesthetics, and as someone who has always liked the unusual look of a top-flow cooler, I'm partial to the TF 2's all-black ensemble. The two aluminium fin stacks and half-a-dozen 6mm copper heatpipes are beautifully finished, there are no unnecessary LEDs, the aluminium top cover adds a touch of class, and overall dimensions of 163mm x 140mm x 134mm give it a substantial feel that's reflected in a weight of just over 940g. 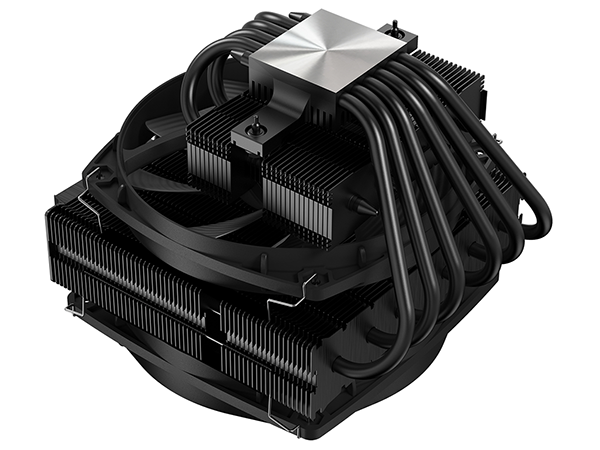 There's a whole lot of metal to draw heat away from the CNC-machined copper contact plate, and two bundled fans are included as standard. A 135mm Silent Wings resides between the two fin stacks and on top sits a funnel-shaped 135mm Silent Wings 3 designed to maximise airflow. Both fans tout six-pole motors, fluid bearings and four-pin PWM connectors, and there's a y-adaptor in the box, meaning the entire cooler needs only a single motherboard header.

All the latest Intel and AMD sockets bar Threadripper are supported, and be quiet!'s bundle includes all the relevant mounting hardware as well a small tube of thermal paste that's good for at least a couple of installations. The German manufacturer has a history of paying attention to the finer details, and we like the fact that there are slithers of rubber on the sides of the heatsink to help absorb fan vibration and further minimise noise. 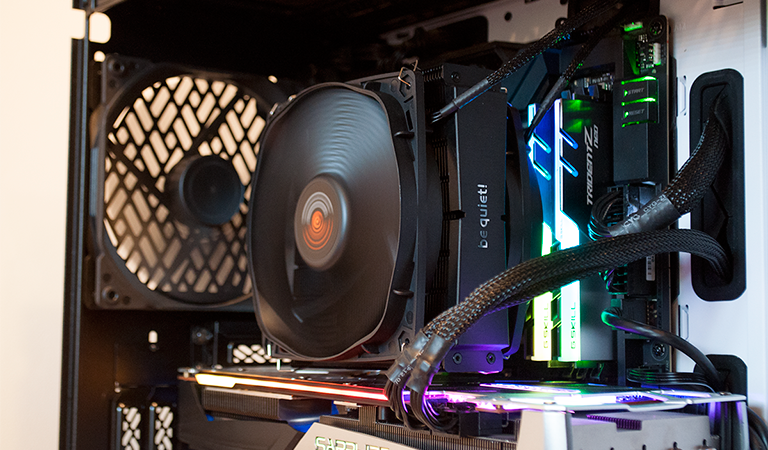 Despite the unusual format installation proves relatively straightforward. The two heatsinks are arranged such that there's 49mm of clearance for memory modules - our tall G.Skill TridentZ Neos fit in with room to spare - and of course the lower fan could be removed if you happen to need more space.

Mounting the cooler on our AM4 test platform is as simple as swapping the stock AMD mounting brackets for be quiet!'s own and then clamping the cooler in place via two captive screws in a mounting arm that forms part of the CPU block. A gap in the heatsinks makes both screws accessible, but getting the fans to clip into place is a bit fiddly. Speaking of which, it's a shame the fan clips haven't been painted black to complete the effect, and if we're nitpicking, the orange be quiet! logo on the top of the fan does stick out like a sore thumb. 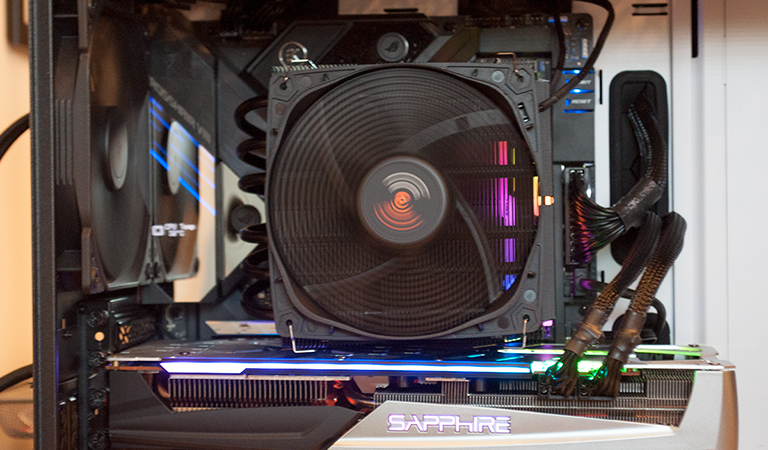 be quiet!'s standard three-year warranty also feels a tad stingy at this price point - rival coolers typically offer five years of cover or more - and the biggest drawback, at least in our experience, is that real-world performance falls short of the 230W billing.