There are various factors to consider when weighing up how much to spend on a CPU cooler. Some folk want a solution that looks the part, others like to free up space around the CPU socket, there's a case to be made for RGB lighting in a windowed build, and of course if you're inclined to push extra voltage through the chip, superior performance is a must.

But times are changing. Fewer folk seem to be overclocking today's many-core processors, and though high-end models don't always come with a cooler in the box - Ryzen 9 5000 Series for example - there's little need to break the bank on a third-party solution. 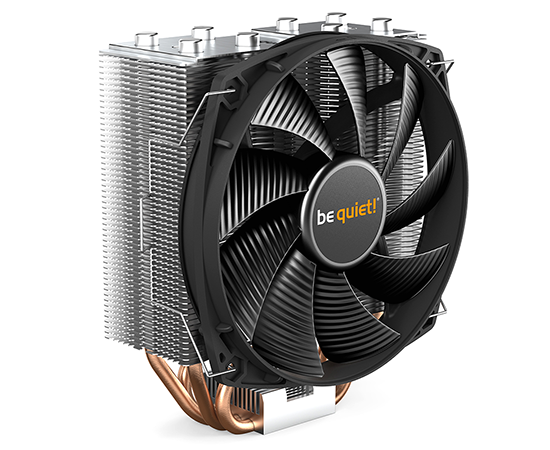 Noctua's £44 NH-U12S redux has proven perfectly capable on our Ryzen 9 5950X test platform, and be quiet! is hoping to get in on some of that entry-level action with its price-matched Shadow Rock Slim 2.

Introduced as a successor to the 2016 original, be quiet!'s second-gen upgrade touts a couple of enhancements designed to improve both performance and usability. This time around the four 6mm copper heatpipes are flattened and exposed at the base of the contact plate, ensuring direct contact with the CPU for optimal heat transfer, and installation has been simplified.

Users familiar with the older model will notice that the mounting kit has been brought up to date. Gone are the fiddly little screws, with be quiet!'s new mechanism favouring a mounting bracket that slots over the base to clamp the cooler to mounting brackets using a pair of screws. It's a simple, hassle-free setup, and the same system now features on most modern Shadow Rock coolers.

Helpful upgrades, yet the Slim 2's raison d'être hasn't altered. This remains a high-performance air cooler designed not to foul nearby memory slots, while the cooling capacity goes unchanged at a 160W TDP. Overall dimensions of 74mm (L) x 137mm (W) x 161mm (H) leave plenty of room for the top PCIe slot and all four memory slots of our Asus ROG Crosshair VIII Formula motherboard, as pictured below. Tall modules shouldn't be a problem, while a total weight of 690g is no great strain. 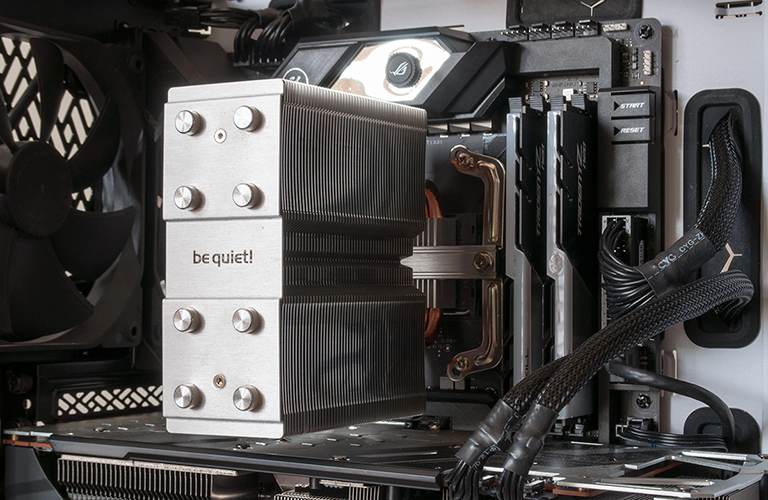 53 aluminium fins make up the stack, which is adorned by a brushed aluminium top cover, as well as aluminium caps for the heatpipes. Attached by a set of metal clips is a 135mm 'silence-optimised' rifle-bearing PWM fan with nine blades and a maximum speed of 1,400RPM. A small tube of thermal paste that's good for at least a couple of installations is included in the bundle, as are a spare set of clips for an optional push/pull configuration. Do note, however, that be quiet! doesn't sell 135mm standalone fans; the supplied clips are intended for a 120 to be added to the rear, which isn't ideal from a visual or performance perspective.

All the latest Intel and AMD sockets bar Threadripper are supported, and if you prefer a cooler to take a clean, uncluttered approach, the Shadow Rock Slim 2 will be right up your street. There's no RGB lighting to speak of, only a single four-pin header is required, and there's no software to faff about with. Installation can be completed in a matter of minutes, and though not as trendy as a liquid all-in-one, the be quiet! looks tidy enough inside our rig. 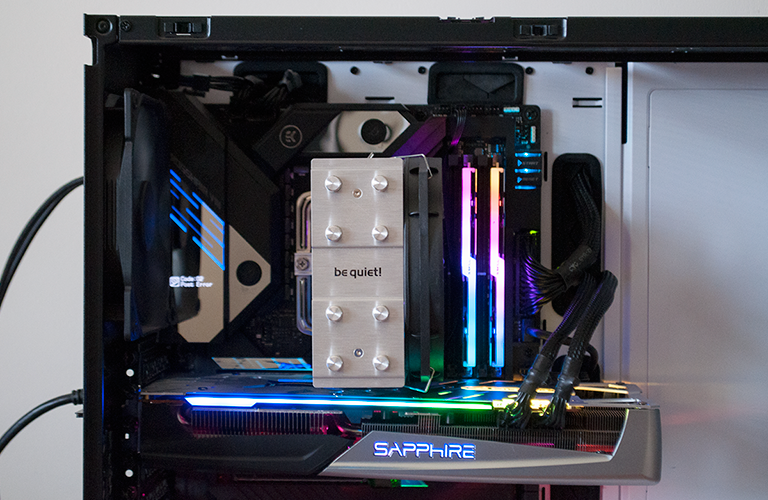 A few other points to consider. While the be quiet! Shadow Rock Slim 2 and Noctua NH-U12S redux both retail for £44, buyers who take a long-term approach should note that Noctua offers a six-year warranty, while be quiet!'s cover is limited to just three years. Furthermore, if the cooler doesn't need to be slim, the firm's existing Shadow Rock 3 offers superior 190W cooling for just a pound more.

There's certainly no shortage of choice out there. Let's now run the numbers to see how be quiet! and Noctua compare in a £44 shootout.