Corsair's rapidly expanding product line is showing no signs of a Covid-related slowdown. Following hot on the heels of the RGB Pro XT all-in-one coolers launched earlier this year, the firm is quickly following up with a brighter, more colourful alternative dubbed the Elite Capellix. 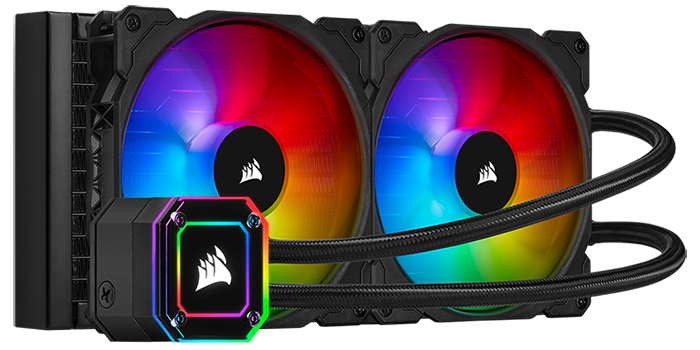 The cooler feels a lot like other Corsair offerings from recent years, but the revamped pump head from OEM partner CoolIT lends a more modern appearance. Gone is the glossy plastic top of earlier units, with Corsair replacing the lid with an acrylic cover that is better suited to the underlying RGB lighting. The default cover is primarily black with see-through slithers allowing the light to seep through, but if you prefer a more vivid look, an almost entirely transparent cover is also included in the box.

It's nice to have the option, yet interchangeable covers result in four screws that detract from an otherwise clean aesthetic. A shame, really, as we reckon the pump would look noticeably more elegant without the visible screw heads, and as things stand, we're not sure Corsair has done enough to challenge some of the most attractive designs currently on the market. This is a tidy-looking cooler, but in our estimation circular pump heads from the likes of Fractal Design and NZXT have the upper hand in terms of good looks.

Corsair does however have an ace up its sleeve in the form of ultra-bright and space-saving Capellix LEDs. This improved method of illumination first appeared in the firm's memory modules and as expected is now being introduced to other products. With its latest AIO coolers, Corsair squeezes a total of 33 Capellix LEDs into the pump head, allowing for all manner of lighting effects via the accompanying iCue software suite. 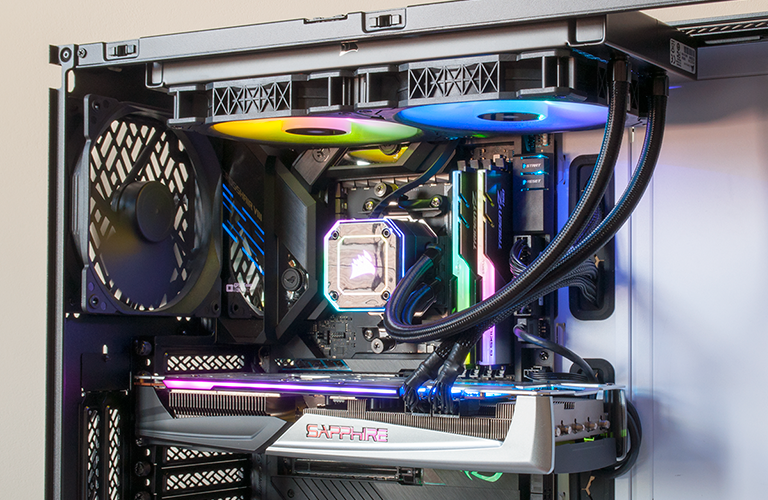 The lighting is notably even and bright with seamless transitions, and when you factor in a further eight RGB LEDs in each ML140 Series fan, you have a vivid package that's ideally suited to those who appreciate illuminated hardware or have invested in the iCue ecosystem. RGB lighting isn't necessarily our thing, though we will admit it can look pretty in the right scenario, and Corsair makes implementation that bit easier by including a SATA-powered iCue Commander Core lighting and fan-speed controller in the bundle.

With a total of twelve four-pin fan and RGB headers, the included kit makes it easy to attach up to half-a-dozen RGB fans with synchronised lighting across the board. Better still, the Commander Core takes care of motherboard USB connectivity, meaning there's now a tidy sleeved cable and a pump header emanating from the top of the pump, and no USB cable jutting out of the side. 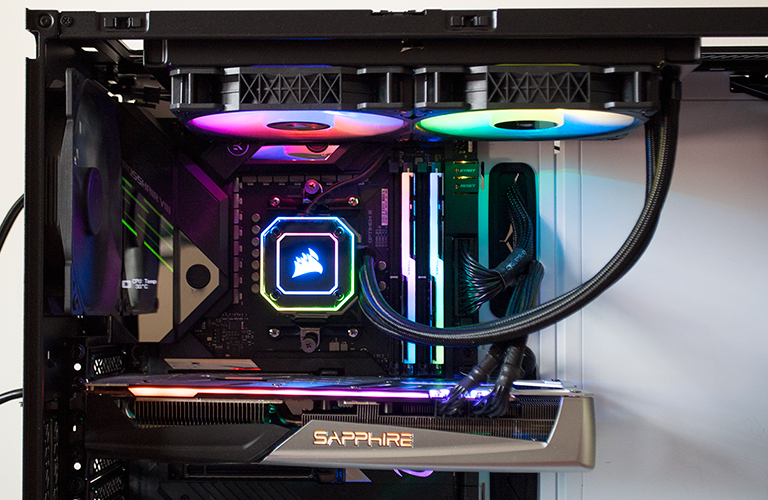 Useful improvements, and some that we've been calling for for some time, yet you really do have to be fond of the lighting arrangement for the iCue H115i Elite Capellix to be deemed good value. If neither the improved LEDs nor RGB fans tickle your fancy, it is worth pointing out that the similar but less decorative iCue H115i RGB Pro XT is readily available for around £30 less.

If you are partial to the new aesthetic, rest assured in the knowledge that performance hasn't been compromised. Among the highlights are a low-noise centrifugal pump promising a flow rate of 0.82L/min while generating less than 20dB of noise, and a 65mm split-flow copper cold plate lined with 128 micro-skived fins per inch.

Flexible sleeved tubing connects the pump to a 322mm x 137mm x 27mm radiator, while the two 140mm magnetic-levitation fans provide 3.1mm/H2O of static pressure with speeds ranging 400 to 2,000RPM. Mounting hardware for all the latest sockets from AMD and Intel is supplied - including Threadripper - and in keeping with other Corsair AIO coolers, the whole package is backed by a five-year warranty as standard. There's still no spare thermal paste, mind, so be careful not to make a mess of the neat layer pre-applied to the contact plate. 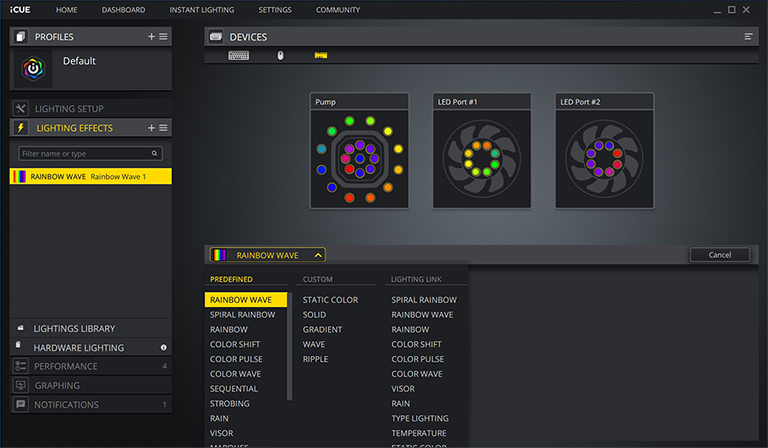 Installing the cooler in our AMD Ryzen test platform proved straightforward - it's simply a case of securing the pump to the motherboard standoffs using the supplied thumbscrew clips before mounting the radiator in your preferred location. The process shouldn't take more than a few minutes, which includes tidying the cables connected to the Commander module that can then be hidden out of view or stuck to the rear of the motherboard tray.

RGB aficionados will no doubt spend more time tweaking the LEDs. The 33 Capellix LEDs located in the pump head are split into 21 zones configurable via the iCue software. I've never found Corsair's utility to be entirely intuitive, particularly when trying to create custom effects, but the predefined options are plentiful, and synchronising effects across multiple peripherals takes just a couple of clicks. Users can also choose between quiet, balanced, extreme or zero RPM performance modes - balanced is the default, while zero RPM switches off the fans at low load - and we like the fact that there are optional emergency triggers that can be used to ramp-up fan speed, change LED colour or initiate a full shutdown when temperature exceeds a user-defined limit.