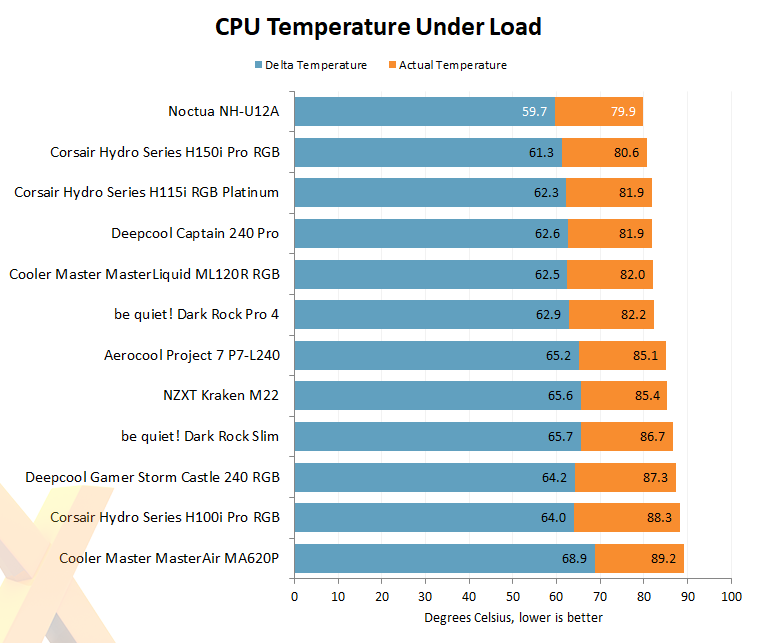 We had a feeling the NH-U12A would perform well, but we didn't expect Noctua's 120mm solution to top the charts. Our overclocked Core i7-8700K has literally never been happier, and on LGA1151 at least, the NH-U12A proves that you can't judge a cooler on size alone. 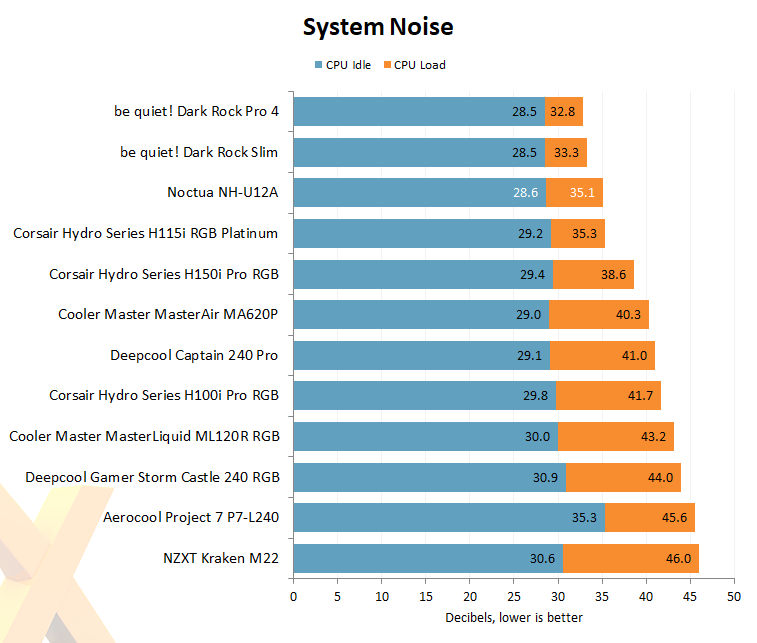 Heck, not only does it perform better than any of the liquid coolers on show, it's also quieter. You can't really hear it when the test platform is idle, and though the fans become noticeable under load, the resulting hum is smooth and far from off-putting. It's worth noting that adding the low-noise adapters resulted in only a one degree increase in temperature, while peak noise levels reduced to 34.4dB; not quite as muted as the be quiet! pair, but nonetheless impressive for a 120mm solution.