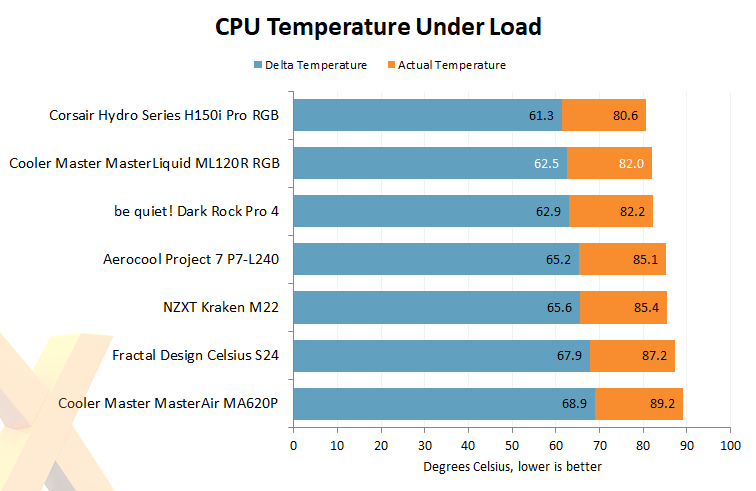 A Core i7-8700K gets toasty when running at 4.8GHz across all cores, and it's in this sort of overclocking scenario that a high-end cooler makes good sense. Proving that size alone needn't be the determining factor when choosing a radiator, Cooler Master's ML120R does a stellar job with its dual fans operating in a push-pull configuration. 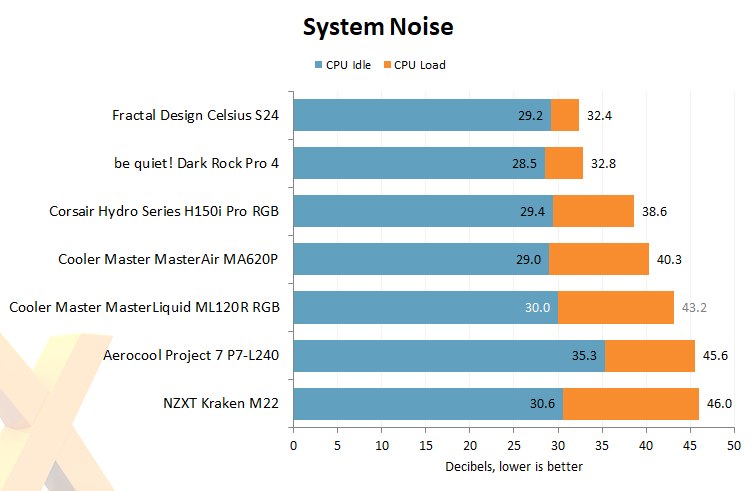 But there is a slight catch. In an effort to keep temperatures as low as possible, the bundled fans are somewhat aggressive and are, in our estimation, a little too eager to spin at higher speeds, at which point they become clearly audible. The pump, however, remains suitably quiet at all times, meaning fan noise can be easily balanced using a custom curve in BIOS.