Several years ago a small team of researchers at Google began working on a simulation of the human brain. To test the system the researchers built a system to recognise faces in images, which may or may not contain faces, at various sizes and rotations. The system can also be trained to recognise higher-level concepts such as cat faces and human bodies.

The Google team was lead by Stanford University computer scientist Andrew Y. Ng and the Google fellow Jeff Dean. Dr Dean explained the system; “We never told it during the training, 'This is a cat,' it basically invented the concept of a cat. We probably have other ones that are side views of cats.” Dr Ng added “The idea is that instead of having teams of researchers trying to find out how to find edges, you instead throw a ton of data at the algorithm and you let the data speak and have the software automatically learn from the data”. This is supposed to be more like how biological brains learn recognition. 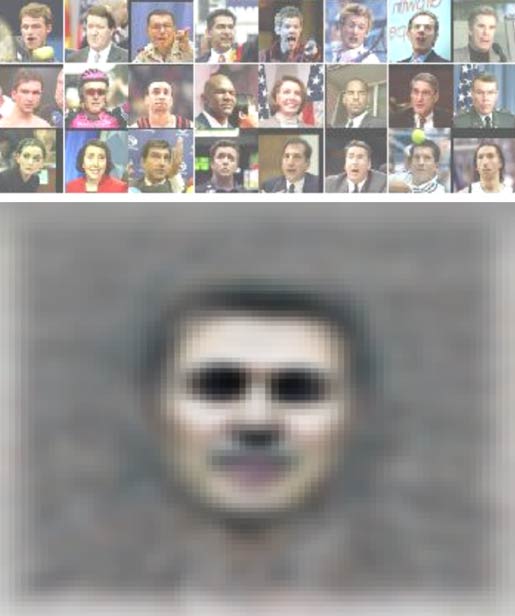 If you look at the human face recognition example above it’s easier to understand what the computer system learning has achieved. The computer has distilled many human faces images into “The optimal stimulus according to numerical constraint optimization.” In the paper the human face neuron picture seems a lot more distinct than the cat face and human body one I’ve also taken a screenshot of below.

The 16,000 CPU computer network is still dwarfed by the capability of the human brain and the researchers said “It is worth noting that our network is still tiny compared to the human visual cortex, which is a million times larger in terms of the number of neurons and synapses”.  The research paper will be presented at ICML 2012: 29th International Conference on Machine Learning, Edinburgh, Scotland, June 2012.

Cat expects treats or a stroke from the machine,which again says Hi!

Cat looks fedup and then trundles off with its hind legs and tail indicating disgust!

Posted by Kushan - Tue 26 Jun 2012 12:04
A million times less powerful sounds significant, but with computers doubling in speed every 18 to 24 months, that won't be a big difference for long.

Whiternoise
Don't AI researchers joke that a neural net is always the second best way to do something?

Well nature managed to whittle down a concious neural net super computer down into a 100W profile, so it should be simples, yes? :lol: