Nintendo has announced that it is readying a game builder application for Nintendo Switch owners. Game Builder Garage breaks through the creative limits of games like Super Mario Maker 2 to let your imagination roam. However, it looks like it will be adept at removing the fear of the blank canvas thanks to its visual programming, step-by-step lessons from Nintendo, and the ability to tinker with examples shared by Nintendo or friends.

The video above and the official product page are all we have to go on for now, as far as details of this game making game go. The video quickly shows you a basic mechanism for creating a game with the wide variety of ingredients you have to add and manipulate to make something that is your own. You get a glimpse at the wide variety of 'Nodons' which you can use to add various gaming behaviours and elements to your game. A free programming environment even lets you test out the interaction between Nodons before you decide to implement them in your game. You can plug in a mouse to help you create too. 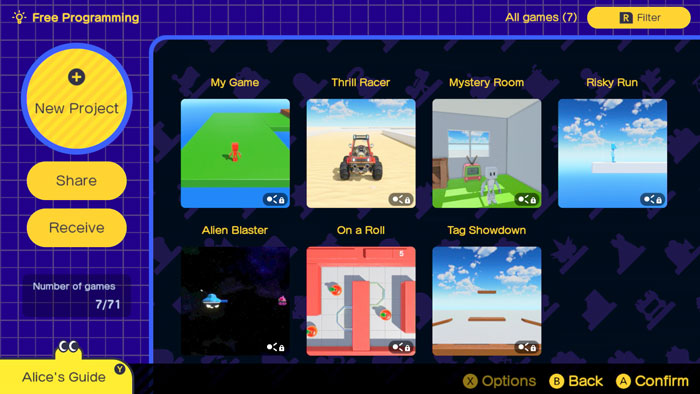 Watching the video I was quite impressed by the range of gaming designs I saw. Some screenshots appear to show some basic templates / genres to start from, and they are quite diverse in style and gameplay, representing 2D/3D racers, adventures, alien blasters, board/card games, fighters, platformers, and even gyro-controlled games.

In my long history of computing / gaming I have often started to dabble in beginners game programming but always fallen foul of being stunned in the headlights once the scale of such a task becomes clear. Perhaps Nintendo's Game Builder Garage would give me wings? However, I don't really have any games in my head I want to create, with so many great titles available on modern and retro / emulation platforms. 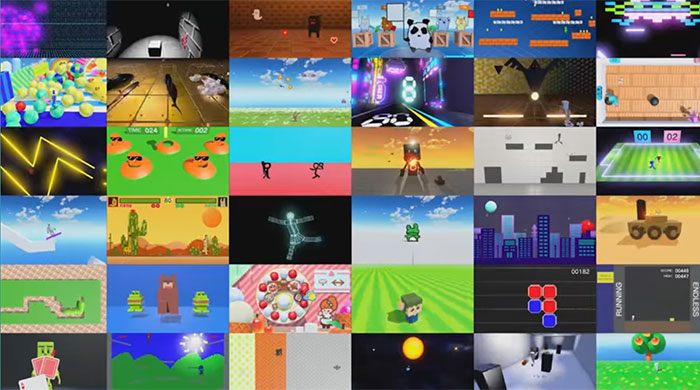 Nintendo Game Builder Garage will become available from 11th June 2021. You can pre-order now at US$29.99.

While nothing even similar I always liked the construction kit in Kick Start II for those old enough to remember :)
Posted by cybermarketingservices - Thu 06 May 2021 16:45
I truly do wonder if this is a fork of the Labo Projects Nintendo was heavily promoting a while back.

It's great that companies are starting to get more people involved on the design aspects of gaming
Posted by rave_alan - Thu 06 May 2021 23:53
It can be like next wix, but for gaming industry, for simple games at the beginning. Making site 20 years ago was a difficult task, now, after a few days it is possible to create simple but descent e-commerce without too much trouble..
Posted by Usernamist - Mon 10 May 2021 03:57
Nintendo Dreams
Posted by Kumagoro - Mon 10 May 2021 09:18

While nothing even similar I always liked the construction kit in Kick Start II for those old enough to remember :)

Kickstart II, indeed one of the best games ever.