The Adobe Max 2020 virtual conference is currently taking place. The event kicked off yesterday and of a plethora of updates and innovations was unveiled for popular industry standard creative tools such as Adobe Premiere, Photoshop and Illustrator.

"Visualizing ideas, sharing stories and expressing whatever’s in the mind’s eye are more important now than ever," summed up Scott Belsky, chief product officer and EVP of Creative Cloud, Adobe. "We're excited to introduce creative apps and services built to fuel continued growth for creative professionals, while also outfitting novices who want simple tools that bring their ideas to life."

One of the particularly demanding creative tools often at the core of productivity benchmarks is the Adobe Premiere video editing software. A number of updates have appeared for this at Adobe Max. Version 14.5 of Premiere Pro includes features like; colour management for ARRI ProRes formats, support for HDR workflows using the Rec2100 PQ colour space, import support for ProRes RAW on Windows accelerated by Intel and AMD GPUs, and the introduction of ProRes RAW to LOG colour space conversion. 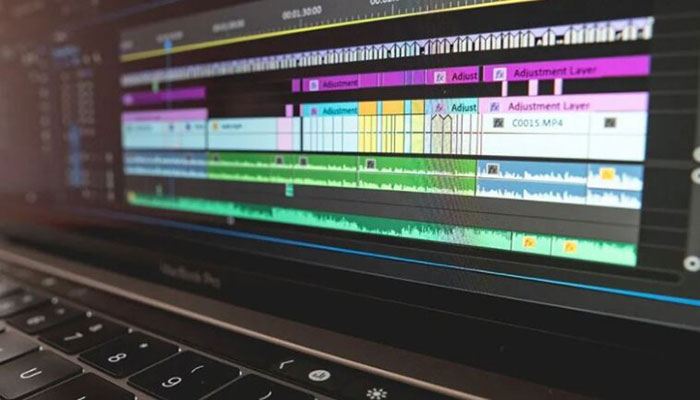 For those that spend a lot of time in Premiere Pro perhaps one of the most welcome changes may be the performance gains now available due to AMD and Nvidia GPUs hardware decoding support. In v 14.5 Premiere Pro on Windows "offers faster playback and more responsive Timeline performance for the widely used H.264 and HEVC formats". The same acceleration has been implemented in After Effects too. 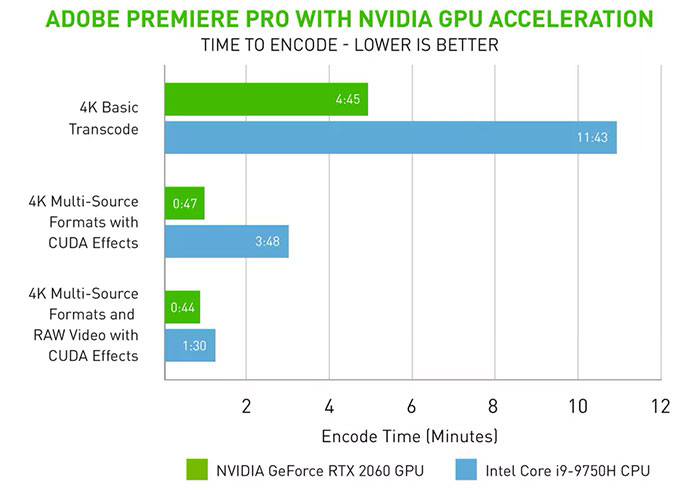 For an example of the performance improvements available to people with supported GPUs, The Verge reported a 52 per cent 4K video export time reduction.

Last but not least Adobe has implemented faster audio pre-roll in Premiere Pro provides responsive playback for large projects or projects that use a lot of audio effects. Next year this video editor is getting Speech to Text to transcribe videos.

One particular new feature that seems to have caught the tech headlines is the Photoshop implementation of Adobe's attribution tool. In brief this tool, which will be rolling out across the Adobe creative suite, allows Photoshop users to add their name, location and edit history to photos, among other tags. The purpose is to create a 'tamper evident' paper trail for images and the tool allows pixel peepers to verify image authenticity (in the fight against deep fakes etc) but also to make sure that creators get credit for their works. This opt-in feature is part of Adobe's open source Content Authenticity Initiative (CAI).

Illustrator is now available for iPad. Naturally, the illustration experience has been reimaged for the iPad with a touch interface and Apple Pencil support. Version 1.0 of this app is said to be inspired by and built with the community (there have been up to 5,000 beta testers). Adobe says that this version is just the beginning with plans to implement more effects, and more brushes, along with new Adobe Sensei powered capabilities.

This isn't rocket science people. Would you rather make a $100-120 soc that makes you $10-15 or ~600mm^2 of chiplets that sell for $4000 that makes you a MINT on margin. The silicon here is the same cost. How dumb are people in management at AMD to keep doing this crap over and over? IF you are short on silicon, for the love of god make ONLY the highest MARGIN products and forget $100 soc chips for peanuts! Tell msft/sony to piss off and try to get someone else to make their designs. Those ROB from your engineers too, not just income. Those people could be working on the next versions etc. Instead they keep having to waste teams on socs for BOTH sides. It is retarded. I'd rather have $3500-3900 (remember made for $100 or so, maybe $120 for at cost for ~600) on that silicon as opposed to $15. Story is even worse if it's a server chip. 7K now maybe more, and it should be more, again, bad pricing by AMD…LOL. They went 7K when Intel's next chip with less cores was going to come in at 25K+ RUMORED until AMD started an 18K discount on their chips…ROFL. F'ing stupid. The second you heard the Intel rumor, I would have launched at 20K minimum and waited for their 56c before knocking it down if at all depending on Intel price for shoddy product vs. AMD. Idiots.

Meanwhile, Intel, moves all silicon to HIGH MARGIN products and screws the low end, as ANY good tech company should. This is why Intel makes 20B+ yearly, vs. AMD 660mil. Intel/NV make kings and CHARGE YOU for them. AMD makes one, and says discount that thing 60% so we make no money because we're DUMB, POOR, and want to stay that way. Wait, what?

NV passed on consoles stating it would ROB from core R&D. YEP. NV makes 4B a year and their current king is $1500 (where's your $1500 card amd? Oh, consoles took them). Do the math. NV goes $1500/2500 at launches now, AMD $599/699?…LOL. Yeah, you have to discount them anyway when you suck vs. others. GO BIG on gpu AMD, and quit wasting silicon on consoles. Just let them die if they can't come up with silicon on their own. Nobody should contract for these peanuts until silicon is available everywhere in abundance. Make the only high margin stuff, especially in a pandemic (fake as it is, whatever).

Sorry console lovers, I want AMD to make a Billion/Q not 660mil PER YEAR or less and many times, LOSSES.
https://www.macrotrends.net/stocks/charts/AMD/amd/net-income
Scroll down a bit there, and feel free to add up all those years from 2006 to 2020. AMD doing good? Lisa Su made 59mil on that 660mil, while Jen made 13mil TOTAL (1mil sal, 1mil bonus, 11mil stock) and they brought down 4B. Intel 21B last year, but their CEO barely beat Su…ROFL. She is not worth 10mil of Jen. EARN income or you are FIRED. Bring back the Dark Mayor. He knew KINGS are your INCOME and they fired him for it 2011 because he thought custom soc crap for console junk is stupid. 9yrs later they go to his strategy in cpu anyway, but still not doing it on gpu and wasting teams/silicon wafers on JUNK designs for xbox/ps. Su is the highest paid CEO on S&P500. The other 9 on the list behind her all have BILLION+ net incomes and they get paid LESS (many with BILLIONS in net income). She made 13mil more than 2nd place who had 2B+ NET income. It gets far worse from there. She beat Bob Iger and Jamie Dimon (disney and JP morgan). Dimon made his company 36B NET INCOME for 2019. WTH? He made about half her income. That isn't revenue people, that is FREAKING BOTTOM LINE on 115B revenue.

What is this Affirmative Action for women CEO's? You are not worthy Su. Iger pulled down 11B for his company NET. Again, WTH? Lisa's base salary is same as NV's. 1mil. That part seems reasonable, but the rest? You didn't earn it for your company, so why should you get paid more? Please explain your value ;) I won't hold my breath. Sell AMD, and buy Intel who still made 21B last year (and the year before) while AMD took 20% share now that is worth 500mil (100-160m from consoles last year? wasted). If my math is right lisa should be pulling down about 20% of the total income from this sector no? Intel makes 21B on 80%, you couldn't make 700m on 20%? FIRED from CEO (or demoted to some division, she's a good engineer probably or managing a design team etc) and we'll take that other 58mil back we paid you ;) You earned ONE (ok, 1.5?). NV making 7-8x your income so his 13mil makes some sense. She should be demoted, and Dark Mayor comes back as CEO. Boom, INCOME. It's 3am, hopefully all the math makes sense…LOL.