Google has released Chrome 66 to the stable channel and it has started to roll out as an update for users on Windows, Mac, Linux, Android, and iOS. There are a number of welcome new features in this release of the popular browser, as well as the usual bug and security fixes.

In its writeup of the new software, VentureBeat highlights the way in which autoplaying content with sound is now blocked by default. Apparently this feature was originally due for mass consumption in January; nevertheless it is still a very welcome addition. 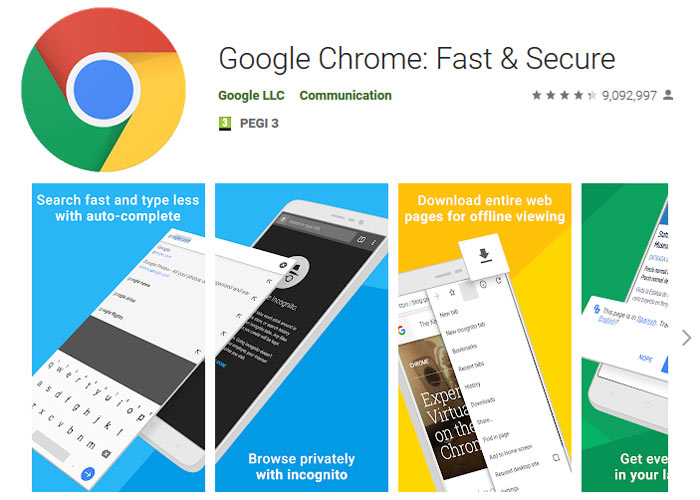 Latest version is now available directly on the Google Play Store for Android, for example.

The way that autoplay blocking works isn’t that straightforward so is worthy of some explanation. In tests undertaken by VB, it was discovered that muted content still autoplayed. However, “autoplaying content with sound, whether it has visible controls or not, and whether it is set to play on loop or not, simply does not start playing,” observed the tester. Experiences on the YouTube video site autoplay blocking seemed inconsistent. If you are looking at a dedicated video site though, autoplaying videos might be a desirable feature.

If you come across other inconsistent sites with regard to autoplay you can hit the nuclear option and mute the whole domain. Discrepancies in how Chrome 66 handles autoplay is further complicated by how Google ranks sites. The Media Engagement Index (MEI) measures your propensity to consume media for each site you visit and these four factors are taken into account:

When you download Chrome 66 you might be selected to be one of a small percentage of users to test ‘Site Isolation’ technology. The Chrome blog explains that “Site Isolation improves Chrome's security and helps mitigate the risks posed by Spectre.” If you suspect it of causing issues, it can be toggled in chrome://flags#site-isolation-trial-opt-out. Google would appreciate feedback on issues experienced.

Developers get several new features to play with in Chrome 66. In brief the latest edition of the browser supports; the CSS Typed Object Model, a new asynchronous Clipboard API, a new ImageBitmap Rendering Context for the canvas tag, and the AudioWorklet to replace the legacy ScriptProcessorNode. Developers will also be interested to know that Chrome 66 includes an update to the V8 JavaScript engine: version 6.6.

As annoying as it is on some on some sites, if there's a user configurable exception list then I'll be happy. Its important to me to have autoplay with audio on some client facing sites for work.
Posted by LSG501 - Wed 18 Apr 2018 14:45
I'd rather have autoplay completely disabled except on whitelisted sites…

I hate it when I go to a site looking for something really quickly in text format then the next thing there's a video playing from ‘somewhere’ on the site just because the website has decided that we'll play that video even if you didn't want to watch it…. not to mention bandwidth usage (not that it matters if you're on unlimited but mobile it does)

Corky34
Autoplay elements deserve their own place in hell IMO, right next to popups. :)

and right in front of pop-unders….