There are a multitude of reasons why, after sending an 'instant message' that you might want to edit, erase, or revoke it. Back in October last year the UK's most popular messaging client, WhatsApp, introduced 'delete for everyone' to facilitate such actions based on your second thoughts. However, it allowed for only a rather short seven minutes, for your (possibly drunk) brain to decide to erase errant messages from your own and the recipient's / group's device. 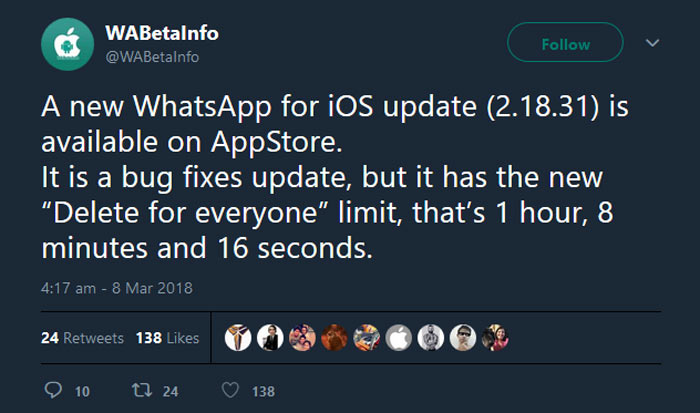 Now it has been noticed, in the latest WhatsApp for iOS update (2.18.31) that the measly seven minutes time for second thoughts has been extended significantly. In this latest version of the app users have up to one hour, eight minutes, and 16 seconds during which they can revoke messages sent on the platform.

If you are wondering about the curiously specific extended length of the messaging grace period, and you are not a mathematical savant, The Verge points out that one hour, eight minutes, and 16 seconds is 212 seconds. As a non-programmer type person I don't know if that time period, equivalent to 4,096 seconds, is particularly easy to implement or graceful in some way. 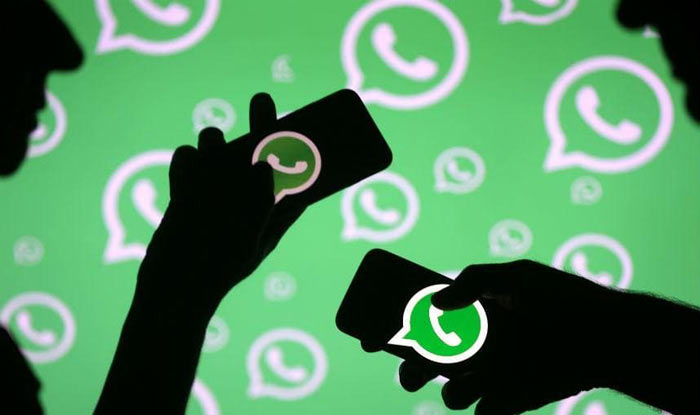 In the previous blog post by WhatsApp, concerning the 7 minute delete period, it was noted that the functionality relies on everyone you message in a chat / group chat, being up to date. The same conditions are likely to be stated when / if WhatsApp releases some update notes.