Swype, the soft-keyboard app that pioneered and popularised gesture-typing, has been discontinued. This input method helper app first arrived as a beta on Android back in 2010. I remember getting a beta participation code and being able to text and message quicker. Nuance Communications, well known for its character and voice recognition technology, bought the company behind Swype in 2011. However, it wasn't until 2013 that the app became widely available on the Google Play store to purchase for 99c / 79p. Later, when Apple opened up iOS to third party keyboards Swype became popular on that platform too.

The news that Swype has been discontinued was broken by XDA, however Nuance posted an iOS specific news update back at the beginning of the month saying how it had decided to "leave the direct-to-consumer keyboard business… to allow us to concentrate on developing our AI solutions for sale directly to businesses". A new statement received by XDA confirms it's not just iOS that is affected. "Nuance will no longer be updating the Swype+Dragon keyboard for Android," confirmed a message in response to XDA's enquiry. 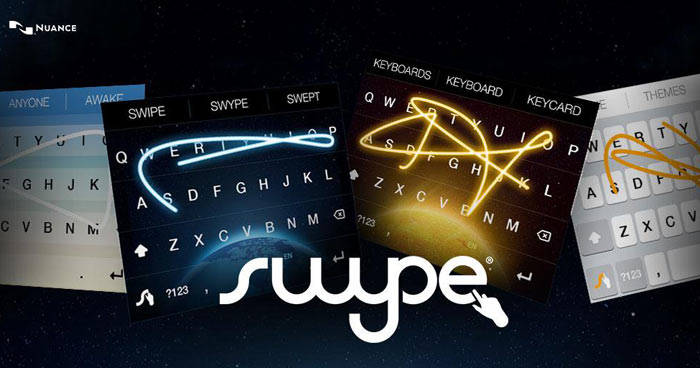 Though Nuance is changing focus, the Swype technology won't be left by the wayside. In a further statement the company said "The core technology behind Swype will continue to be utilized and improved upon across other Nuance offerings – and integrated into our broader AI-powered solutions – most notably in Android-based keyboard solutions for our automotive customers."

If you are still using Swype you won't receive any more app updates. At the time of writing the app was no longer available in the Android or iOS app stores (UK).

I did use swype a lot when it first came out, intuitive and genuinely quicker to use than a normal keyboard
Posted by Smudger - Wed 21 Feb 2018 14:40
SwiftKey has a swype-esque option as well, but for me offers more functionality than plain old GBoard.
Posted by peterb - Wed 21 Feb 2018 15:38
I tried swiftkey when I had an Android phone. Really didn’t like it, rather than helping me type, it seemed to make it harder. It lasted about a month before it was removed. Didn’t try Swype, but after the experience with swiftkey, I wasn’t minded to try, I really couldn’t see the point.
Posted by krazy_olie - Wed 28 Feb 2018 00:16

peterb
I tried swiftkey when I had an Android phone. Really didn’t like it, rather than helping me type, it seemed to make it harder. It lasted about a month before it was removed. Didn’t try Swype, but after the experience with swiftkey, I wasn’t minded to try, I really couldn’t see the point.

I only use the swyping gesture when typing one handed. otherwise i prefer it the android and ios keyboads