Today will see the 20 year run of AOL Instant Messenger (AIM) come to an end. The instant messaging app was a very popular piece of communications software through the late 1990s and 2000s and was one of the seeds of the social media craze we now see dominated by Facebook and Twitter. 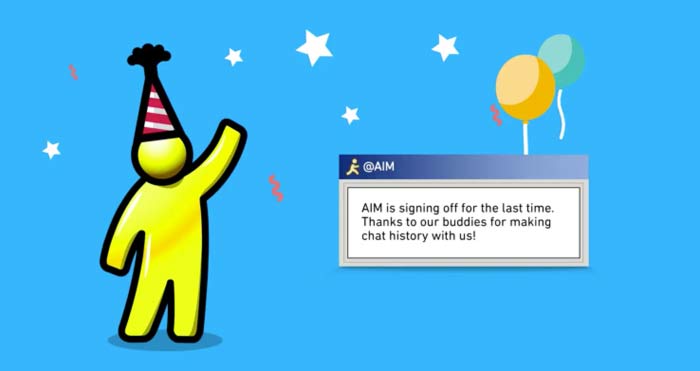 AIM pioneered online status ‘lights’ in friend lists, and many of the emoticons and popular acronyms used today gained widespread awareness and usage among your AIM Buddy List. When it was at its peak in 2001 AIM had 36 million active monthly users. Now, as the service is about to be shuttered, there are just half a million regular users. 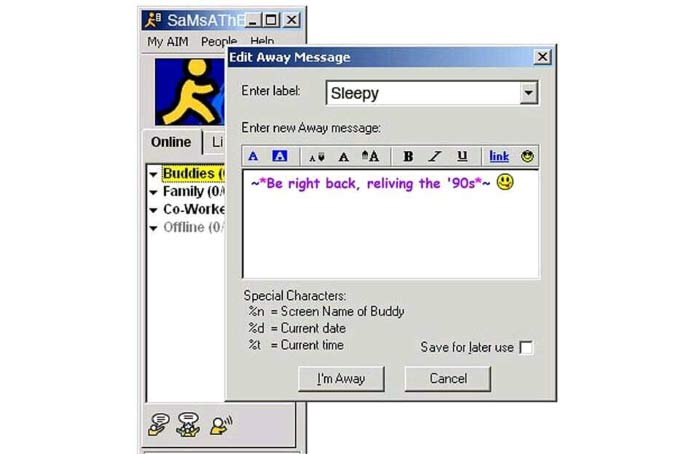 Back in October, when Oath (the current owners of AIM), gave advance notice of today’s closure date, Facebook CEO Mark Zuckerberg wrote a heart-warming personal post about the app. “AOL Instant Messenger was a defining part of my childhood. As part of the first generation to grow up with the internet, it helped me understand internet communication intuitively and emotionally in a way that people just a few years older may have only considered intellectually,” wrote the social media mogul. He went on to describe how his wish list for AIM features spurred him on to create ZuckNet.

AIM users will find, and hopefully have already migrated to, many good alternative messenger services on PCs and smart devices. Oath says it won’t auto-transfer contacts or save chat transcripts for you. If you still haven’t done so, there might still be time today to find Buddy alternative contacts and backup chat logs.

Is that because it’s about to be enclosed in concrete?

peterb
A service being ‘shuttered’!

Is that because it’s about to be enclosed in concrete?

Sorry, the word is shut (or closed) down!

And what happens when a physical shop/business is shut (or closed) down? The shutters are pulled down, giving rise to the fairly common figure of speech used in the article.
Posted by peterb - Fri 15 Dec 2017 11:58

Bagnaj97
And what happens when a physical shop/business is shut (or closed) down? The shutters are pulled down, giving rise to the fairly common figure of speech used in the article.

Do people really talk about a service being ‘shuttered’. A shop might be described as putting the shutters up, but I’d suggest the normal expression is closing down as in “a closing down sale”.
Posted by LSG501 - Fri 15 Dec 2017 15:15

Bagnaj97
giving rise to the fairly common figure of speech used in the article.

Got to go with peterb here, ‘shuttered’ is not a common term out my way (in UK). Common ‘figure of speech’ out my way for a closed down shop is it's closed/shut down, it's gone bust or maybe belly up.

I could have understood the use of ‘retired’ in reference to AOL but really it's just being shut down.
Posted by Ttaskmaster - Fri 15 Dec 2017 15:54

LSG501
Got to go with peterb here, ‘shuttered’ is not a common term out my way (in UK).

Not in terms of closing a business or service, no. That is more an American thing.

However:
1/. This is AOL - America OnLine. Quite fitting to use an American term, in this instance.

2/. Shuttering means to close the shutters of something, in particular to close the windows… and since most people will have used this on Windows™, it's actually quite a clever reference.

I'm guessing this etymological banter comprising the whole content of this thread means no-one here is going to miss, has any kind of nostalgia for, or even gives two hoots that AIM is gone, then? :lol: