Traditional keyboard keyswitches are a certain height, built to a historic accepted standard for typists. However there is growing demand for the feel and performance of a mechanical keyboard in various space-saving designs, in laptops for example. MSI has shoehorned a traditional mech keyboard into a laptop, but the GT83VR 6RF Titan SLI is a bulky beast. Meanwhile Razer has an ultra-low profile mechanical switch which it hasn't done much with as yet. Now Kailh has released info about its compact new Mini Chocolate keyswitches. 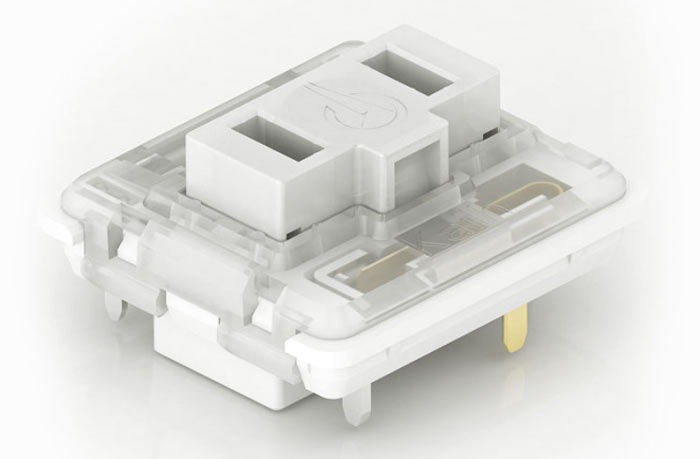 A diagram below provides an overview of the switch info. These 'White' PG1232 switches are of the 'Clicky' type. 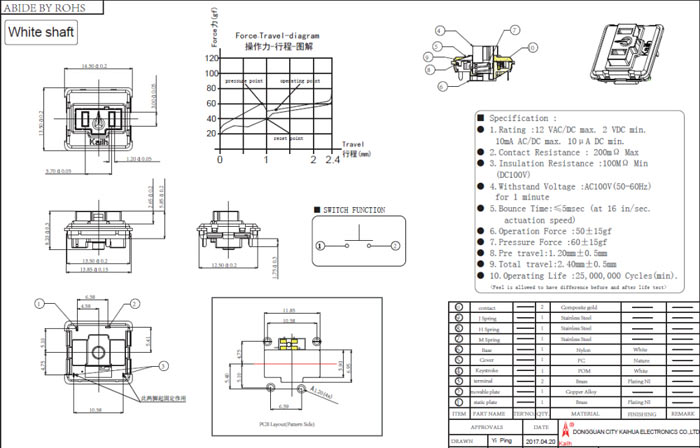 Kailh has released a video summing up the attractions of the PG1350 keyswitch, and you can see that embedded directly above. There are three flavours of the PG1350 Choc keyswitch: 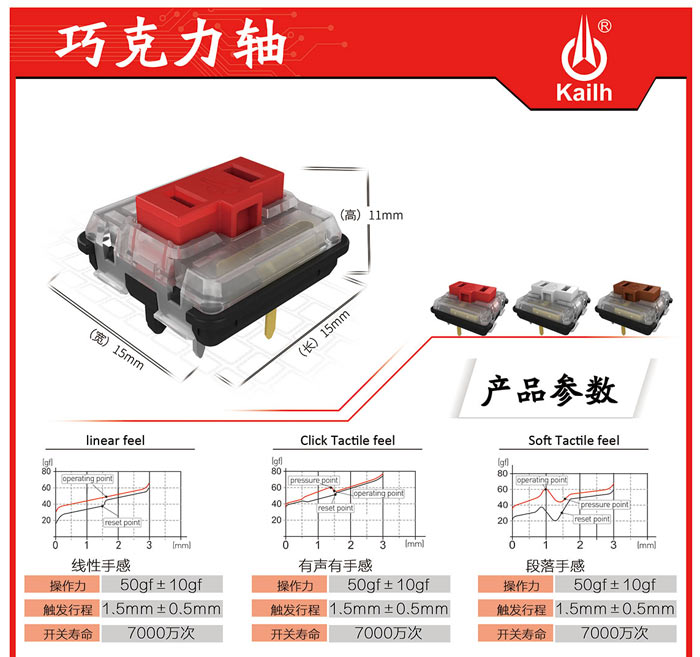 We will have to wait for product designers to adopt these new low profile mechanical keyswitches for laptops / standalone keyboards before we can get them in for testing.