Intel's Alder Lake-S will introduce the oblong LGA 1700 socket to match the new elongated chip packages introduced with the processor family. The LGA 1200 predecessor is 37.5mm square, while the upcoming new LGA 1700 socket is 37.5 x 45mm – quite a difference. 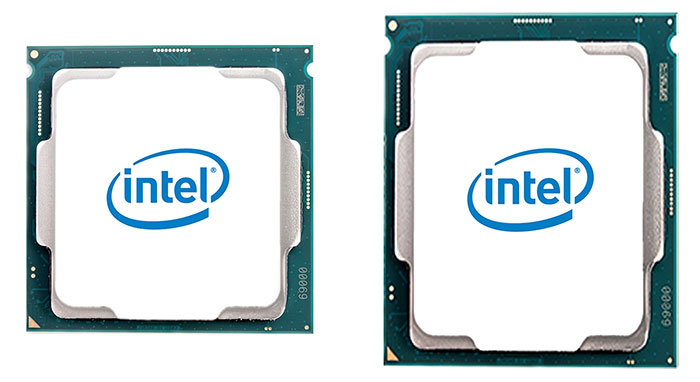 Of course the larger package facilitates extra pins and more SoC die space. Rumour has it that ADL-S chips will come packing up to 16 cores and 24 threads (8x Golden Cove high-performance CPU cores, and 8x Gracemont high-efficiency CPU cores), as well as Intel Xe graphics, a next generation hardware scheduler, and advanced I/O. Single thread IPC improvements of up to 20 per cent, and nT improvements of up to 2X are trumpeted on a recently leaked ADL-S slide.

Naturally when we start to look at this elongated LGA 1700 socket / chips, some may be worried about needing a completely new cooling solution. Some might have spent a couple of hundred spondulics on a high performance cooler only to find that it won't fit any more. While there are a lot of attractions to ADL-S on paper it looks like you are already going to face plenty of upgrade strain on your wallet – new DDR5 memory and PCIe storage to make the most of it, as well as the CPU and MB. 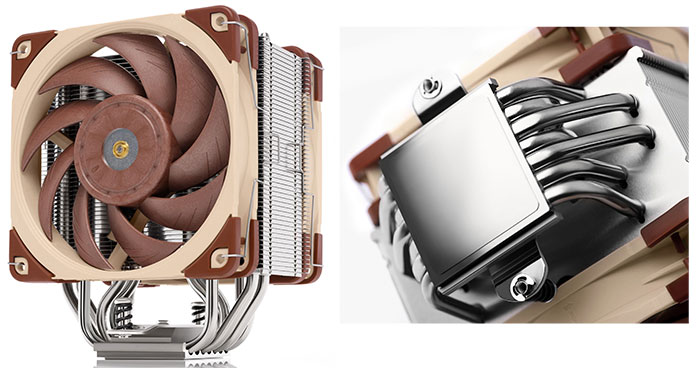 Noctua replied to one worried user via Twitter recently to calm fears of an LGA 1700 cooling crunch. It was asked specifically about the NH-U12A and thus responded by mentioning that 5th generation 120mm premium-quality quiet CPU cooler. One of the attractive features of this and other Noctua coolers is the claimed "compatibility with past and future sockets," thanks to the Secufirm ecosystem. Future upgrades will be offered if "technically possible," adds Noctua, meaning that the ADL-S chip and socket apparently poses no significant problems.

I don't have a Noctua NH-U12A to hand, and the data sheet doesn't include baseplate dimensions, but I found a review noting it measures approx 43.5mm square. Obviously the LGA 1700 socket and chip substrate is a bit larger than the processor IHS by a few mm all around, so the Noctua baseplate should comfortably cover it.

In other recent Noctua news, the firm updated its roadmap of upcoming products as below. Note the passive cooler coming soon (at last), white fans coming in Q4 this year, and the next gen NH-015 scheduled for 2022. 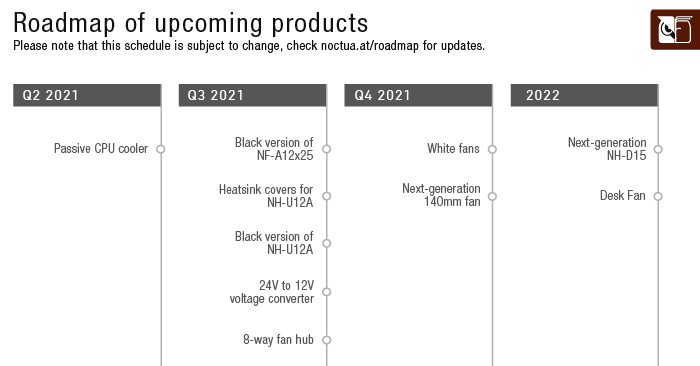 Posted by kimberlyjose - Tue 13 Apr 2021 13:10
It will be good if they provide the kits for free. It’s also nice to know that the socket is changed since cooling is going to be a consideration for those looking at a new Intel CPU.
Posted by bae85 - Tue 13 Apr 2021 15:52
I wouldn't bother, no one is going to buy Intel's pointless new room heaters
Posted by mtyson - Wed 18 Aug 2021 08:43
Noctua has confirmed its LGA 1700 upgrade kits will be made available for free.