Intel has partnered with the likes of EKWB and Cooler Master to commercialise its Intel Cryo Cooling technology. These cooling solutions, using Intel's refined technology, are based upon the principles of Thermoelectric Cooling (TEC). When using this tech for cooling, a voltage is applied across a TEC plate made of a semiconductor material flanked by ceramic layers. The result is that one side of the 'sandwich' gets warm while the other gets cool.

Intel Cryo Cooling delivers sub ambient cooling, and strapped to your CPU running at idle in a 25°C environment the CPU contact plate may be zero degrees or so while the top is 50°C, for example. However there are some drawbacks with the technology. First of all, it requires power: the EKWB TEC uses up to 200W (and has a cooling capability of 300W) notes HardwareLuxx Editor, Andreas Schilling. Secondly, TEC cooling systems can cause significant condensation so cooler designers need mitigations for this – water and electronics aren't typically good bedfellows. 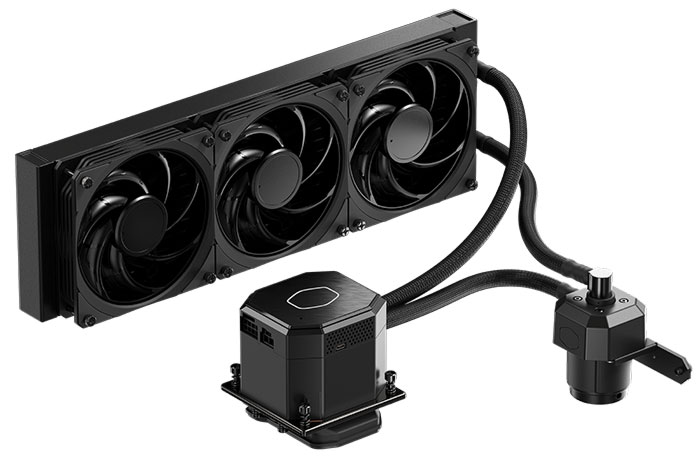 Tech YouTuber der8auer has produced an interesting video about the EKWB implementation of Intel's technology. He had a specially binned Intel Core i9-10900K from Intel at his disposal for testing purposes and during the video said that he had a hand in the design of the Intel Cryo Cooling system but regretted the USB controller connector positioning.

Der8auer graciously admits Intel's solution is far more refined than his own attempt at a TEC cooler back in 2014. Intel's special sauce is its combination of DC controller (better than a two point switching system as it has constantly variable power usage rather than simple on or off), and other components like a humidity sensor, as well as simple but effective accessory software to manage the power flowing to the TEC. 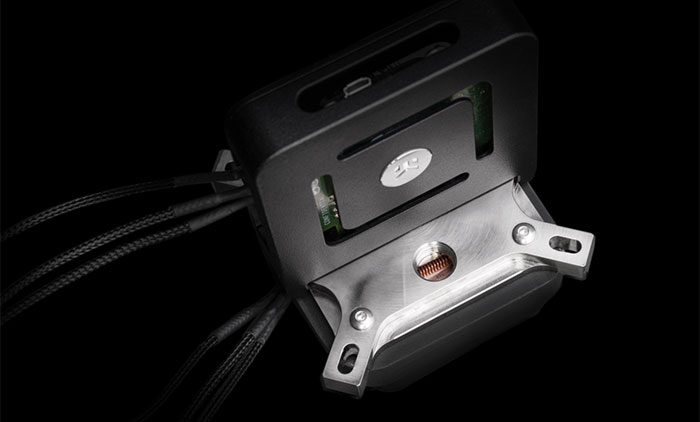 The humidity sensor an important part of the system as takes into account the dew point of your environment. Furthermore, an insulated airtight seal is provided to collar the CPU for extra protection against liquid damage. Unregulated mode doesn't take any care about condensation but its main use will be for overclocking feats, not general productivity or gaming. Thus most people will choose the constantly variable power Cryo mode.

Der8auer was impressed when benchmarking his i9-10900K with the Cryo Cooling block from EKWD. The single thread Cinebench R20 score was excellent but multicore less impressive. In gaming using Cryo mode (PUBG 1440p) we can see that all cores in the CPU performed within the range 5.1 – 5.3GHz with core temperatures between 34 and 45°C. The OC expert summed up that he considers the Cryo Cooler-based solutions good fun for enthusiasts, and a laudable application of TEC (especially the DC controller), but they aren't mass market products.

For more information about the Cooler Master and EKWB solutions based upon Intel's Cryo Cooling technology please click through to the following product pages:

The engineer in me goes: “yeah, that's cool” (heh)

But every other fibre of my being goes “err, right…so first we have a 1HP chiller cooling a 28 core xeon for a fake presentation and now we're strapping 300w cooling solutions to our chips…”
Posted by ohmaheid - Wed 11 Nov 2020 12:18
As if the power-draw of these chips isn't bad enough…Another 200w to power the cooler?
Jesus wept.
Posted by Ttaskmaster - Wed 11 Nov 2020 12:28
I watched the Linus video on it last night, with the golden chip thing.
It works… but the limitations and risks put it back into its ‘niche interest’ box.
Posted by Gentle Viking - Wed 11 Nov 2020 13:07
I remember when i wanted to go phase change cooling in my computer, and when i considered TEC cooling.
It was when i was young and stupid.

I hope people are aware of the dewpoint issue, with more extreme forms of cooling.

Gentle Viking;4271734
I hope people are aware of the dewpoint issue, with more extreme forms of cooling.

That's what the rubber socket surround is for.
As Linus pointed out, it works fine on the 10900, but you'd need one specifically for your Mobo if you were using a different socket, and since they're unlikely to make a load of surrounds for older boards, that's the limitation that puts it back in the box.

I'd certainly love one, as my chip runs very hot, especially in Summer. I was idling in the mid-upper 30s on water temp. Even now, it's about 17ºC ambient and my water is pushing 30º. GPU is fine, it's just the CPU doing all this.