The new MasterAir MA620M CPU cooler, previously seen at Computex, is built around a dual tower black heatsink design with a uniform arrangement of six heatpipes. This easy-mount system CPU cooler makes use of Cooler Master's new SF120R fan and includes an addressable RGB controller with LEDs in the top of the cooler unit. 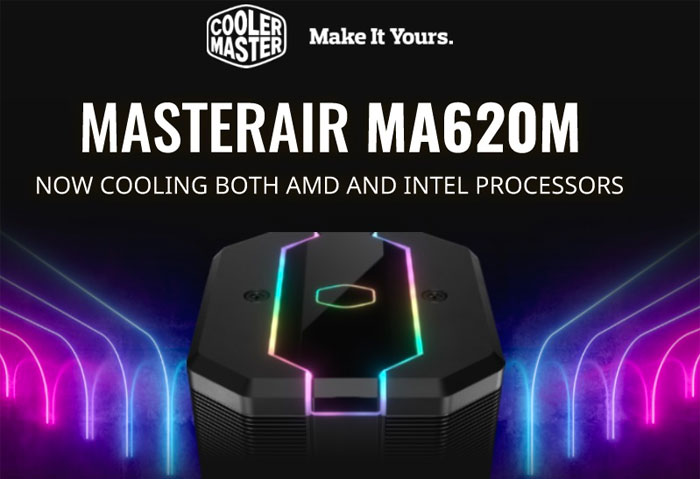 Cooler Master's SF120R fan (650 ~ 2,000 RPM (PWM)) includes a silent driver IC and is capable of a wide range of speeds. Users can tune it for silence of for maximum cooling – and balanced choices in between. Noise levels are said to be between 8 ~ 30 dBA. 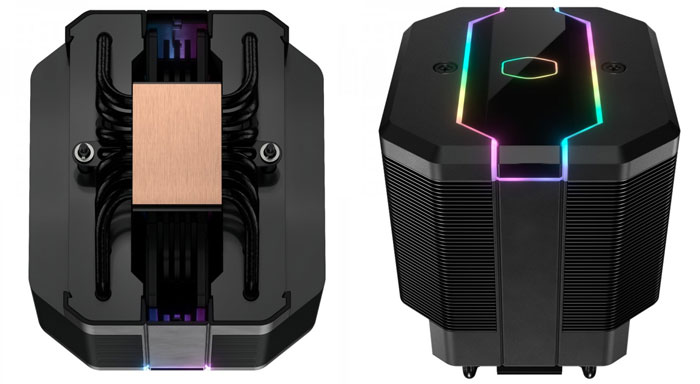 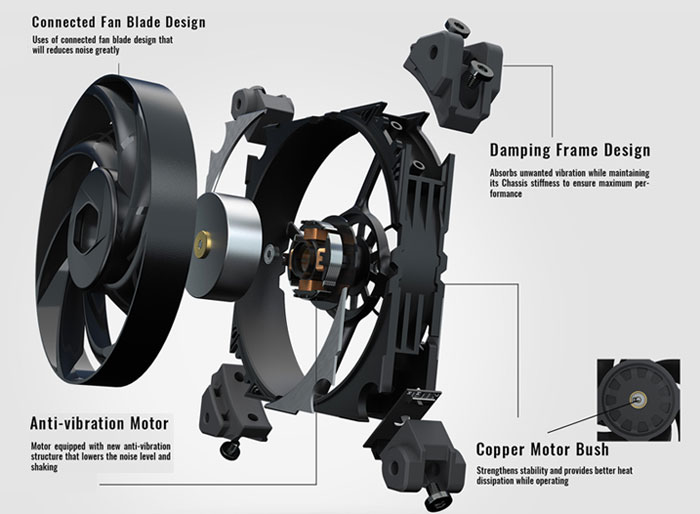 The interconnecting fan blade structure adds rigidity and increases fan performance, says Cooler Master. Meanwhile, improved cable management (detachable cable provided) adds to the utility value and flexibility to this product "designed purely with performance in mind". The SF120M has an MSRP of £24.99.

The Cooler Master ELV8 is a GPU brace with RGB lighting. It protects your GPU and motherboard with its structural qualities. Its universal GPU support adjusts both horizontally and vertically to reduce stress on your expensive components (supports from underneath in a tower system). The ELV8 is constructed of steel and plastic, measuring 305 x 52 x 6mm.

For extra frills, Cooler Master has implemented aRGB lighting in the ELV8 and this 5V component is compatible with most motherboard maker standards and adjustable via Cooler Master's own MasterPlus software (optional RGB controller needed) too. You can grab the ELV8 for £19.99.

Tabbykatze
Awww, it's so cute, it's like a mini Wraithripper!!!

Ttaskmaster
RGB without lighting up brand logos?
Sounds good to me…

Usernamist
The brand logo lights up though…

No it dun't… It does on the actual Wraithripper, but on this one only the border around the logo does: