The UK will scrap work on its current £5bn sovereign GPS plans, says a report published by the Daily Telegraph this weekend. It asserts that a formal announcement confirming this decision will be published by the UK Space Agency in the coming days. The newspaper frames this change in policy as the scrapping of "Theresa May's plans for a British version of the GPS satellite navigation programme," and termination of the UK GNSS project "which Mrs May put £92m of taxpayer funds into in 2018".

Some sources are indicating that the UKSA is facing Whitehall pressure to revive talks to join the EU's Galileo system. The UK previously invested heavily in Galileo and as an EU member pushed for it to not be open to third party military use (the UK will become a third party at the start of 2021). However, a government spokesman for the Department for Business, Energy and Industrial Strategy staunchly rebuked this idea, saying "The UK will not participate in the EU’s Galileo programme".

So, what is left as an option? The government's spokesman says assessments are ongoing. However, the Telegraph reports that the UKSA has been winding down GNSS industry contracts, basically leaving the following options: repurposing OneWeb broadband satellites to build a location system; or a regional approach using geostationary satellites. 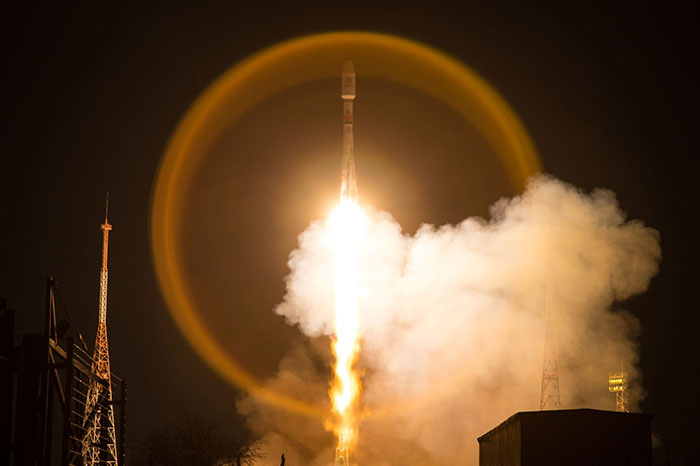 As a reminder, OneWeb is the bankrupt space company the government has paid £400m to rescue. OneWeb entered bankruptcy in March but the UK government and India's Bharti Global got together in a JV to save it. The OneWeb investment news broke in late June this year. Some say OneWeb satellites are not suitable for carrying the heavy atomic clocks needed for accurate GPS assisting time signals and would suffer from signal interference. For more background information, you can check out a OneWeb for GNSS pros and cons list compiled by Forbes this summer.

In separate related news, the bailed-out OneWeb is set to restart launches of its LEO broadband satellites.

Posted by KultiVator - Mon 21 Sep 2020 14:15
Not like the UK Government to sink astronomical sums of money into something fanciful, then perform a complete 180 with no return on the investment… but this could end up being a double or triple whammy of incompetence (or maybe also interpreted as lining the pockets of wealthy Tory backers - if you've been around long enough to develop a healthy sense of scepticism about such things).
Posted by Core2Extreme - Mon 21 Sep 2020 14:31
“The UK previously invested heavily in Galileo and as an EU member pushed for it to not be open to third party military use”

The latter part of that is a detail I hadn't been aware of before. Makes more sense why the go-it-alone approach had been pursued now; it never made sense to me before.

I'll chalk it up as another example of why it's stupid to put decisions with major long-term importance up to a simple 50% + 1 majority vote (as well as to act like the results of an advisory vote are binding when they are not).
Posted by cheesemp - Mon 21 Sep 2020 14:42
I really need to set myself up as a government consultant. I could have told them all this even though I'm not a subject ‘expert’. I'm sure I'd have a hot less than £92m. I'm sure I could have done it for a 100th of that and been very happy ;)

I'll chalk it up as another example of why it's stupid to put decisions with major long-term importance up to a simple 50% + 1 majority vote (as well as to act like the results of an advisory vote are binding when they are not).

So, what would you suggest? That a supposedly democratic government in a supposedly democratic country holds a referendum on a subject, and forget Brexit for a moment, with the Prime Minister publicly promising that it will be implemented, and then when they get a result they and a minority don't like, they simply ignore it? A vote, by the way, labelled as having been the biggest in UK history.

So, after a load of Parliamentary faffing about, legal challenges and so forth, we then have a general election widely regarded, including by many Remain supporters, as a de-facto Referendum v2.0 and we all saw the result of that.

Given the results, not once but twice, just how do you come up with a decision-making process that completely ignores both votes and somehow justify staying in, and still call it a democracy?

What decision of the people does the government ignore next, because it doesn't like it? A general election result, maybe? Be careful what you wish for, lest you get it.

Oh, and while the vote may not be legally binding, explain how it could have been? The referendum was, and had to be, an Act of Parliament. Any subsequent voting process by MPs could simply revoke, or override that act, given parliament's sovereignty and inability to bind future parliaments. So how could it be legally binding, when parliament can simply change the law?

The “not binding” argument is merely a distraction by those that didn't like the result of the vote, most of whom I'd bet my left gonad would be insisting it was entirely binding, had the vote been to remain.