You are here:
Legal Components News

Globalfoundries has filed a lawsuit against TSMC for patent infringements. The patent suit has been filed in the US and Germany and alleges that TSMC has infringed upon GF's patents for semiconductor manufacturing technology.

As well as seeking damages, GF is asking the courts to prevent semiconductors made by TSMC being imported into the US and Germany. This means that products made using TSMC produced chips could be barred from sale in the two countries. Thus, companies such as Apple, Google, Qualcomm, Cisco Systems, Nvidia, Broadcom, Xilinx, Lenovo and Motorola have their products in the firing line, reports the New York Times. 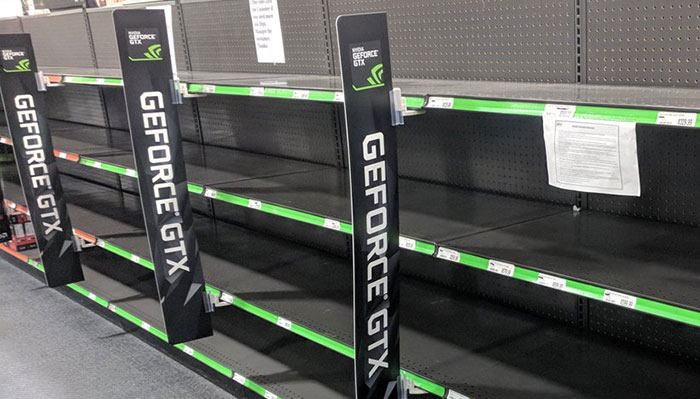 In its press release GF says that while other semiconductor manufacturers have shifted to Asia it has continued to invest in American and European business, spending over $15 billion in the US and $6 billion in Europe over the last decade. "These lawsuits are aimed at protecting those investments and the US and European-based innovation that powers them," said Gregg Bartlett, SVP, engineering and technology at GF. "For years, while we have been devoting billions of dollars to domestic research and development, TSMC has been unlawfully reaping the benefits of our investments. This action is critical to halt Taiwan Semiconductor's unlawful use of our vital assets and to safeguard the American and European manufacturing base." 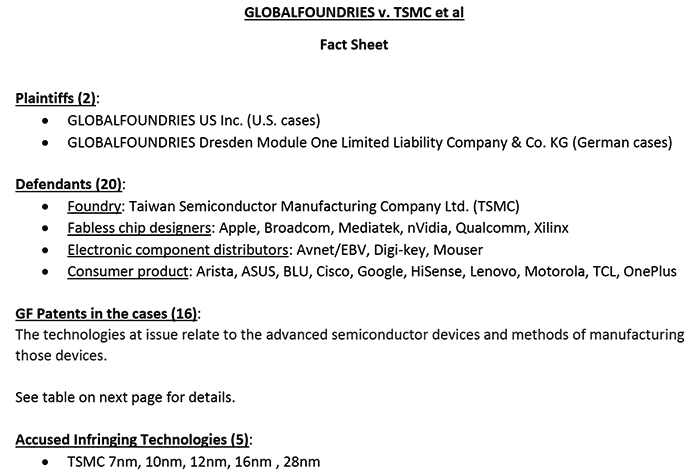 Analysts reckon that GF might have been "emboldened by Trump administration comments about the trade war with China," says the NYT, and perhaps GF was even given the green light for this suit by the State Department. Though it is obvious there could be a big upside in this lawsuit for GF ("significant damages"), it might anger some of its customers.

Earlier today TSMC released an official response to the news of the lawsuit. It is currently reviewing the complaints but in the meantime asserts it is a leading innovator with its own portfolio of >37,000 semiconductor patents. It will "vigorously defend its proprietary technology in response to Globalfoundries complaints," it summarises. (Thanks for this timely update to the anonymous HEXUS news tipster).

Posted by Tabbykatze - Tue 27 Aug 2019 11:31
I wonder if Nvidia saw this coming/knew about it and that's why the next gen will be on Samsung EUV?
Posted by HollyDOL - Tue 27 Aug 2019 12:21
I have no idea whether TSMC done anything of what they are being accused from, but putting that into one sentence with ‘we protect European and US investments’ sounds like major case of blackmailing the court (we win or you'll see no money from us!) and patent trolling… While on other hand GF given late announcements (give up on 7nm etc.) sounds a bit like sinking ship (at least in regards to being first league foundry). This will be interesting yet…
Posted by Ttaskmaster - Tue 27 Aug 2019 12:33
US and Germany only, but TSMC are fine to continue infringing this patent everywhere else, though?
Weird…
Posted by Tabbykatze - Tue 27 Aug 2019 13:11

Ttaskmaster
US and Germany only, but TSMC are fine to continue infringing this patent everywhere else, though?
Weird…

Ttaskmaster
US and Germany only, but TSMC are fine to continue infringing this patent everywhere else, though?
Weird…

I suspect they're dealing with the biggest markets they can with minimal effort. You don't want to be taking legal action in multiple different areas at once. German rulings may well end up covering the entire EU if it's in the right court (and they may be able to pass the judgement up to the EU central courts for consideration of widespread adoption) and US rulings will cover the entire US. Two court proceedings to cover two massive markets accounting for a huge percentage of sales. Then once that's done you probably have had enough impact to force them to stop infringing everywhere else. The best tactical play is nearly always highest gain for lowest cost and I expect that's what they're doing?