Facebook's breaking of privacy and competition laws mean that it and other social media firms should face far stricter regulation from now on. The UK's Digital, Culture, Media and Sport Committee has today published a report, after 18 months of investigations, citing the malicious use of Facebook by foreign powers to spread disinformation and fake news in the UK. Facebook facilitated the malicious spreading of disinformation, hate speech and propaganda simply because it was very profitable to do so. Meanwhile, for a relatively small investment, hate speech and propaganda of all kinds could be shared on the platform to cause division, and influence elections and other democratic processes.

The problem with social media, says the report, is that it goes beyond the propaganda and political bias that were regulated in our news media and is furthermore "hugely magnified by information technology". It has proved highly polarising as people imbibe information and dismiss content they don't agree with as 'fake news', coarsening public debate. 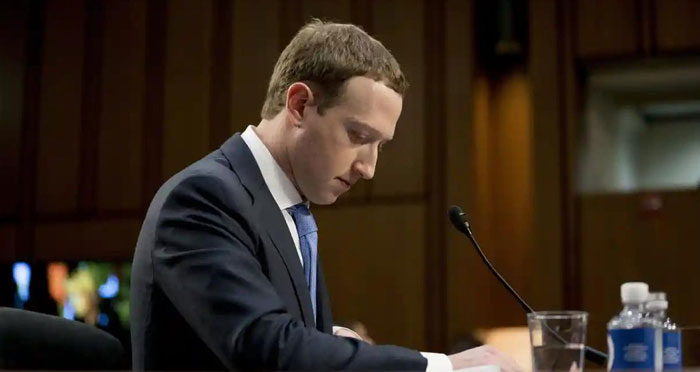 HEXUS has reported upon the activities of Cambridge Analytica (CA) previously, and the investigation into this firm which purloined data from millions of Facebook users and weaponised it in targeted advertising to trigger various social media users was a key part of this overall enquiry.

"Democracy is at risk from the malicious and relentless targeting of citizens with disinformation and personalised 'dark adverts' from unidentifiable sources, delivered through the major social media platforms we use every day," concluded the report. Big tech companies must act and self-regulation based upon various privacy and mission statements and similar doesn't seem to be enough.

The Digital, Culture, Media and Sport Committee published quite a long list of conclusions and recommendations. In summary, via the BBC, it says that:

Interestingly, Germany passed a law a year ago which requires tech companies to remove hat speech within 24 hours or face a €20m (£17.5m) fine. The penalty has spurred action, as shown by the fact that one in six of Facebook's moderators work in Germany, reports The Guardian.

When will our government act to make any recommended changes? It can't be soon enough if you take Putin's adviser Surkov's recent statement on face value, see the embedded Tweet below.

Putin's adviser Surkov to those "who cry about Russian meddling in elections": "Things are much more serious: we meddle with your brains, we change your conscience - and you have no clue what to do about it".https://t.co/AuG9sLmNCX pic.twitter.com/qywd3efqra

Corky34
Why does the phrase ‘digital gangster’ sound so funny, i wonder if they have digital splurge guns. :)

Because it fits within the metre of songs like Gangster's Paradise and you're already doing your own version of a ‘Weird Al’ with them?
Posted by Iota - Mon 18 Feb 2019 17:31
Still not on Facebook, still block anything and everything linked to it using Ghostery etc.