Toshiba Memory will be rebranded as Kioxia from 1st October 2019. The new brand name is a multilingual portmanteau word fusing the Japanese word kioku meaning 'memory' and the Greek word axia meaning 'value'. The name change is said to be the next step in the company's evolution and help it push to the forefront of the industry. Currently Toshiba Memory is "the world's second-largest producer of flash memory chips after Samsung Electronics," notes the FT.

Some readers might not be aware that Toshiba Memory was sold last year to a consortium led by Bain Capital "in a landmark $18bn deal to stave off a financial crisis," according to the FT. There has been speculation that Toshiba Memory would float on the stock exchange before year end, and this may be part of getting ready for this - but chairman Stacy Smith denied that the name change is related to IPO plans. 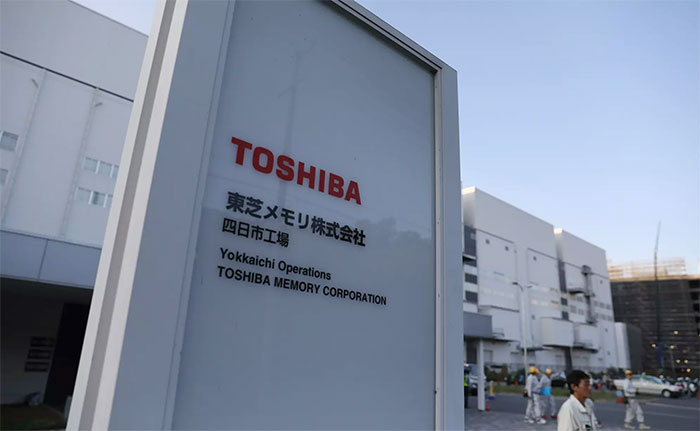 Commenting upon the name change, Smith said that "we are not giving up our Toshiba heritage but we're building on it." He added that the new name will mark a new era of memory and a new start as an independent company - becoming globally competitive, while remaining Japanese.

Going forward, perhaps bolstered by IPO cash, Kioxia will be open to acquisition opportunities in order to grow and compete with the likes of Samsung and Micron. 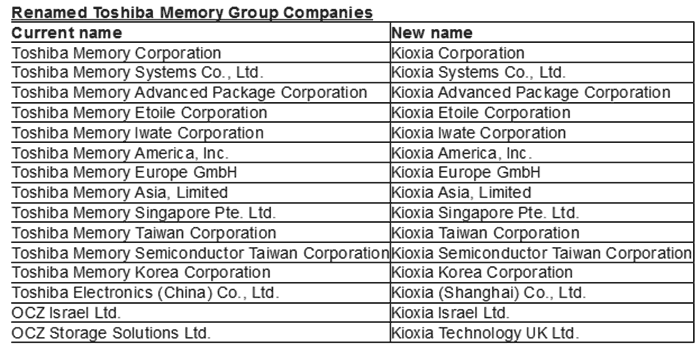 Last but not least, the name Kioxia is pronounced as 'kee-ox-ee-uh'. I can't find any samples of the new logo yet.

Kioxia's Mission
Uplifting the world with ‘memory’ -
By evolving ‘memory’, we create uplifting experiences and change the world.

Name is a multilingual portmanteau word from memory (Japanese) plus value (Greek).

peterb
In other words - a pretentious made up word.

I brand such things a “Pretord” to uplift your forum experience ;)
Posted by Tabbykatze - Thu 18 Jul 2019 18:28
Ahhh, marketing, a license to make up absolute trash and get paid for it.
Posted by Output - Thu 18 Jul 2019 22:55
I'm going to assume it'll frequently get misspelled as Kloxia or Koxia.